Trump is the “single largest driver” of coronavirus misinformation in the world: study 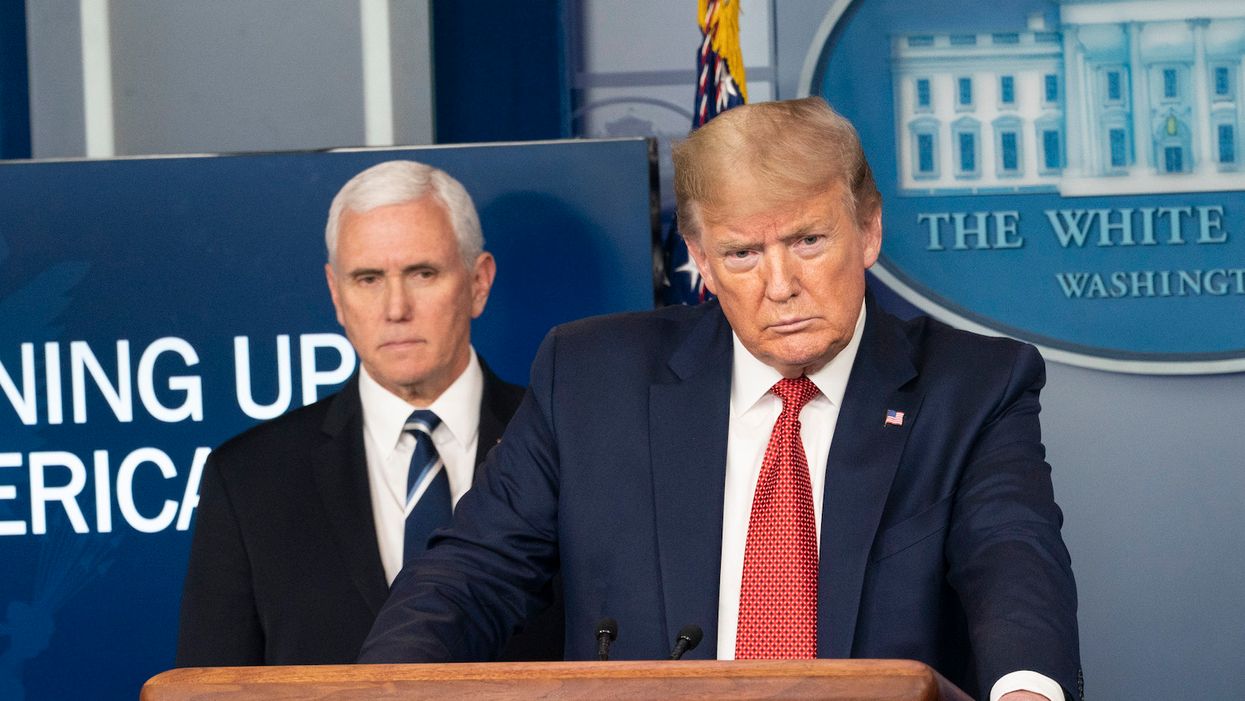 President Donald Trump is responsible for nearly 38% of coronavirus misinformation in traditional media around the world, according to a new study by researchers at Cornell University.

The study looked at what the World Health Organization has termed the "infodemic" of misinformation about the new coronavirus across 38 million traditional media articles published between Jan. 1 and May 26 in English-language media around the world.

"We found that media mentions of U.S. President Donald Trump within the context of COVID-19 misinformation made up by far the largest share of the infodemic," the study said, noting that Trump mentions comprised 37.9% of the overall misinformation conversation.

"The biggest surprise was that the president of the United States was the single largest driver of misinformation around COVID," Sarah Evnega, the study's lead author and director of the Cornell Alliance for Science, told The New York Times. "That's concerning in that there are real-world dire health implications."

The researchers looked at 11 topics of misinformation, including conspiracy theories about the origin of the virus. But the most widespread topic was "miracle cures," including Trump's hype of hydroxychloroquine and his suggestion that disinfectant could be used as a coronavirus treatment, which accounted for more misinformation mentions than all of the other topics.

The number of articles about "miracle cures" skyrocketed from fewer than 10,000 to more than 30,000 after Trump suggested people inject themselves with disinfectant in April.

Dr. Joshua Sharfstein, the former deputy commissioner of the Food and Drug Administration who now serves as vice dean of the Johns Hopkins Bloomberg School of Public Health, told The Times that misinformation was "one of the major reasons" that the United States had lagged behind other countries in containing the virus.

"There is a science of rumors. It's when there is uncertainty and fear," he said, adding that consistent public health messaging was key to any successful strategy."

This is what we need to save lives," he said. "If it's not done well, you get far more infections and deaths."

Overall, the findings were a mixed bag. The study found that less than 3% of traditional media articles included misinformation, but only 16.4% of the articles including fact-checking, "suggesting that the majority of COVID misinformation is conveyed by the media without question or correction."

More than 11,000 articles mentioned conspiracy theories alleging Dr. Anthony Fauci, the director of the National Institute of Allergy and Infectious Diseases, was exaggerating the threat of the pandemic or stood to benefit from pharmaceutical treatments."

Misinformation about COVID-19 is a serious threat to global public health," the study said. "If people are misled by unsubstantiated claims about the nature and treatment of the disease, they are less likely to observe official health advice and may thus contribute to the spread of the pandemic and pose a danger to themselves and others."

Previous studies have found that people in counties which voted for Trump were less likely to social distance, and Republicans were far less likely to view the pandemic as a serious threat.

"It is especially notable that while misinformation and conspiracy theories promulgated by ostensibly grassroots sources, such as anti-vaccination groups, 5G opponents and political extremists, do appear in our analysis in several of the topics," the Cornell researchers wrote. "They contributed far less to the overall volume of misinformation than more powerful actors, in particular the U.S. president."