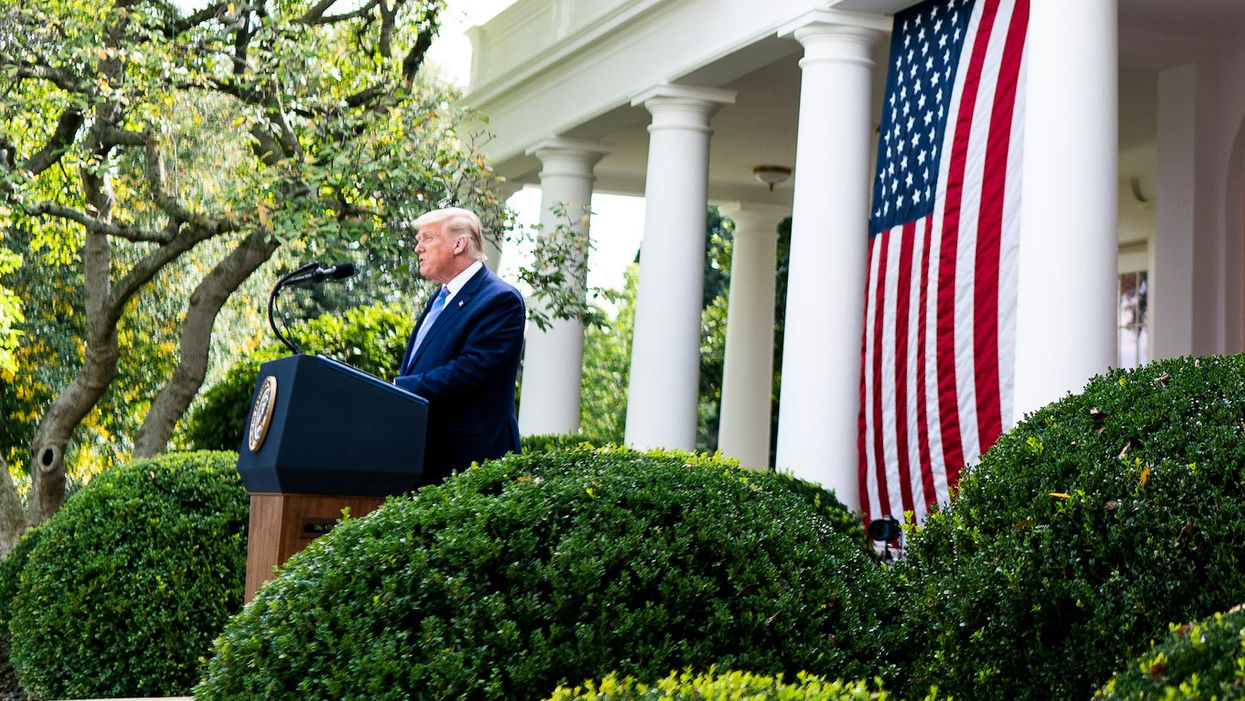 President Donald Trump has claimed that a postal worker in West Virginia was "selling" voting ballots. But West Virginia Secretary of State Mac Warner, a Republican, has refuted the president's claim — and a postal worker who did plead guilty to attempted election fraud in that state, according to the Associated Press, wasn't selling them.

During the raucous, chaotic presidential debate on Tuesday night, Trump referred to the case of Thomas Cooper — a postal worker who, AP notes, "pleaded guilty, in July, to attempted election fraud and injury to the mail after changing five ballot requests from Democrat to Republican. He also altered three other ballot applications by circling the word 'Republican' in a different color ink than what was used on the forms, Secretary of State Mac Warner said in a written statement."

Cooper, according to AP, did admit to an illegal act, but Trump mischaracterized his actions. No ballots were sold, and Warner said that the attempted fraud was a "unique circumstance where a postal carrier altered absentee ballot applications, not ballots."

Referring to ballots in West Virginia, Trump said, "They're being sold. They're being dumped in rivers." And Trump has claimed, "There is going to be a fraud like you've never seen," but Warner wanted to assure West Virginia residents that the state is not being plagued by rampant voter fraud and that the Cooper case was an isolated incident.

"Voters should be confident that this election will be safe, secure, and fair," Warner stressed.

"A lot of states are going to go all mail-in," AP quotes Capito as saying, "and I think it undermines the election to plant those seeds of doubt." Manchin, in a written statement, said, "There is no widespread voter fraud in West Virginia, and any claim to the contrary is false."

If Trump loses to former Vice President Joe Biden in November, it is most unlikely to be because of West Virginia. A WPA Intelligence poll released earlier this year found Biden trailing Trump by 35% in that state. And in 2016, Trump defeated Democratic presidential nominee Hillary Clinton by 42% in West Virginia.