Trump campaign ad used image of the Joint Chiefs of Staff chairman ‘without his consent’: report 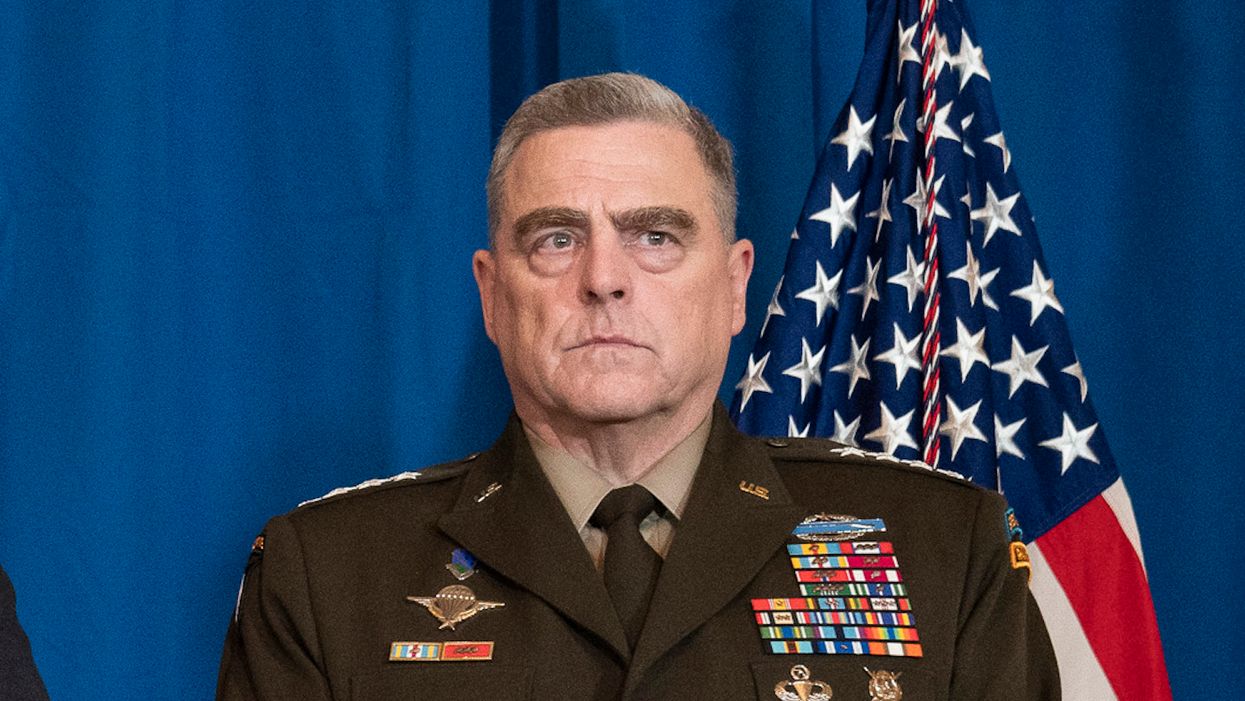 This week, President Donald Trump is coming under fire not only for a misleading campaign ad that takes Dr. Anthony Fauci's statements out of context — he is also drawing criticism for an ad that, according to Politico, uses an image of Gen. Mark A. Milley without his consent.

The ad shows a photo of Milley, chairman of the Joint Chiefs of Staff, with Trump, Vice President Mike Pence and Secretary of Defense Mark Esper in the White House Situation Room on October 29, 2019 while watching a raid on ISIS leader Abu Bakr al-Baghdadi. The ad reads, "President Trump wants you to request your ballot. Paid for by Donald J. Trump for President, Inc." and has a link to a voter sign-up page.

According to a U.S. Defense Department official who spoke to Politico on condition of anonymity, "This photo, like many others, was not used with (Milley's) knowledge or consent."

The U.S. military, Politico's Lara Seligman notes, "has strict rules against uniformed service members participating in political campaigns." According to the Defense Department's website, "As a matter of long-standing policy, military service members and federal employees acting in their official capacity may not engage in activities that associate the DOD with any partisan political campaign or elections, candidate, cause or issue. The limitations of participation can be found in DOD Directive 1344.10, Political Activities by Members of the Armed Forces, and the Hatch Act."

The Independent's Matt Mathers notes that the Trump ad featuring Milley follows the ad that Fauci, an expert immunologist who is part of the president's coronavirus task force, objected to. In that ad, Fauci is quoted as saying, "I can't imagine that anybody could be doing more" — and the ad implies that Fauci was specifically praising Trump's handling of the coronavirus pandemic. But Fauci was actually talking about federal health officials, not Trump in particular.

On Sunday, Fauci criticized the ad and told CNN, "In my nearly five decades of public service, I have never publicly endorsed any political candidate. The comments attributed to me without my permission in the GOP campaign ad were taken out of context from a broad statement I made months ago about the efforts of federal public health officials."