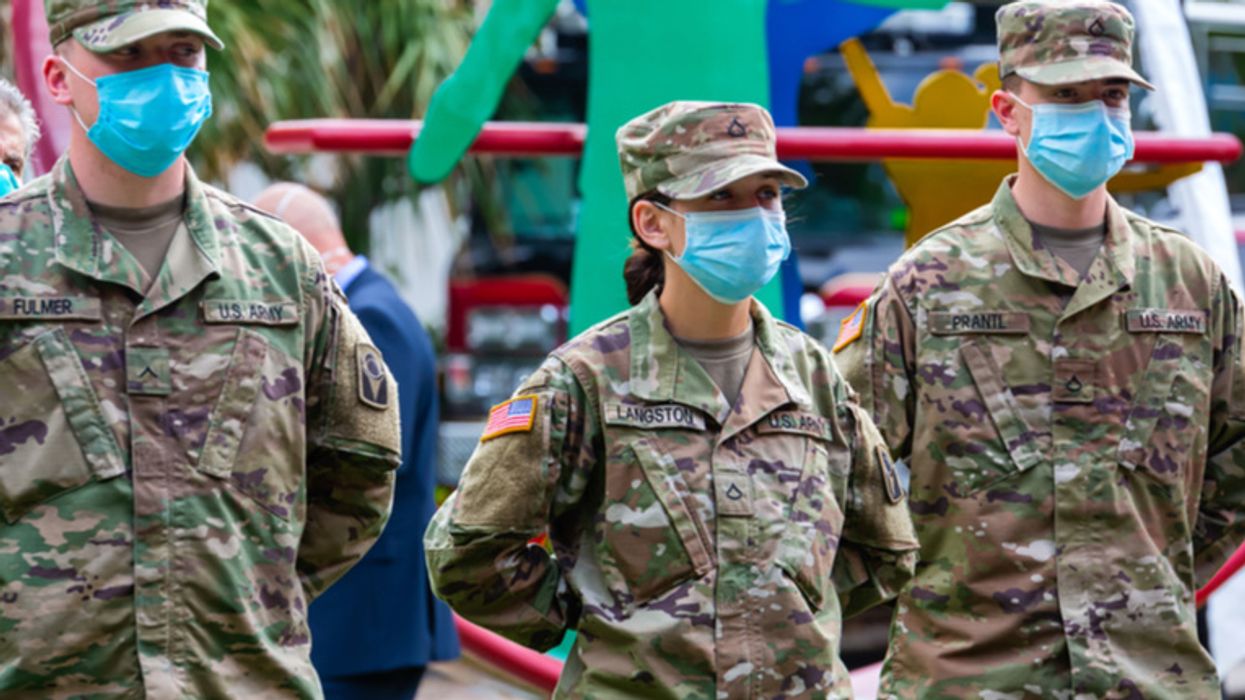 During the tumultuous fight for Florida in 2000, Mark Herron, an attorney for Al Gore's campaign, sent a memo to the team's recount observers urging them to challenge arriving absentee ballots that weren't properly postmarked. The race for Florida, and the White House, was separated by around 300 ballots at the time, and many of those mail-in votes were from overseas service-members who leaned toward George W. Bush.

The Bush campaign got ahold of Herron's memo and screamed bloody murder. CNN reported at the time that "Bush aides and Republican surrogates, including retired Persian Gulf war commander Norman Schwarzkopf, have blasted their Democratic rivals for having more than 1,400 overseas absentee ballots disqualified in Florida counties." Rep. John Sweeney (R-NY), accused Democrats of "actively and directly attempting to disenfranchise the brave men and women who are defending freedom."

Democrats moved into a defensive crouch, deploying then-Senator Bob Kerrey, a decorated veteran of the Vietnam War, "to call on Republicans to retract those 'unfair and irresponsible' claims." Gore's Florida campaign chief reversed course, telling election officials, "no man or woman in military service to this nation should have his or her vote rejected solely due to the absence of a postmark." Bush spokesperson Ari Fleischer's response: "They accomplished their mission and now they're running for cover. They never should have targeted our nation's servicemen and women in the first place."

Of course, everyone knew they weren't all military ballots. While military service members have been voting absentee since the Civil War, The Uniformed and Overseas Citizens Absentee Voting Act of 1986 guaranteed that military personnel, civilians working for the US government abroad and all other "overseas voters who no longer maintain a residence in the United States" could register and vote by absentee ballot in all elections for federal office. And all of those ballots, whether military or civilian, were to be treated the same.

But the GOP's messaging elided that fact, and it was effective.

Now, 20 years later, demonizing voting-by-mail is central to Donald Trump's strategy to eke out a second term despite being historically unpopular and presiding over a public health catastrophe. This week, he suggested that counting ballots after November 3 would be "totally inappropriate" and, in his eyes, illegal. Meanwhile, Republicans across the country have filed a flurry of lawsuits asking courts to limit absentee ballot counts on various grounds, and in a much-derided opinion issued this week, Supreme Court Justice Brett Kavanaugh wrote that Election Day mail-in deadlines are devised "to avoid the chaos and suspicions of impropriety that can ensue if thousands of absentee ballots flow in after election day and potentially flip the results of an election."

Millions of Americans will vote absentee because of the pandemic, and among them will be hundreds of thousands of ballots cast by service members. (Most military personnel vote by mail, whether stationed at home or abroad.) It isn't clear why Democrats, having been vilified for "actively and directly attempting to disenfranchise the brave men and women who are defending freedom" 20 years ago aren't making this a major issue today.

Trump is vulnerable to these charges after reportedly calling military personnel "suckers" and "losers," and attacking a number of his top generals. A Military Times poll conducted in late August found that he was trailing Joe Biden by four percentage points among active-duty service men and women. And they have families.

Trump and his party are fighting tooth-and-nail to prevent military ballots from being counted after November 3. That should be an easy layup for Democrats.