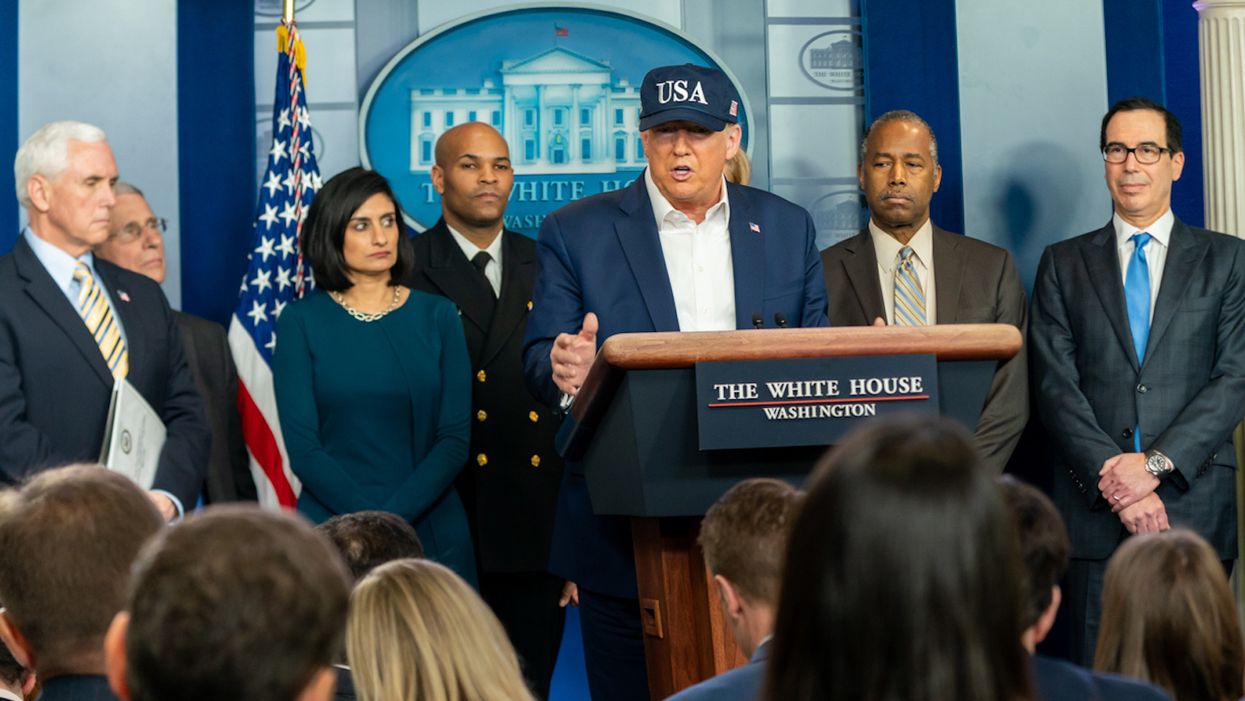 The leader of the free world on Tuesday continued the pattern of his administration spreading absurd and scientifically-inaccurate information about the COVID-19 pandemic.

"Health officials and scientists working on the Trump administration's coronavirus response said on Tuesday they are personally offended by the White House's announcement that it has successfully ended the COVID-19 pandemic—a pandemic that is, in fact, worsening," Daily Beast correspondent Erin Banco reported Tuesday. "Four officials working with the White House coronavirus task force told The Daily Beast that they viewed the White House's statement as a personal slight and a public rebuke of their efforts to try and get control of the virus."

"It's mind-boggling," one official said. "There's no world in which anyone can think that [statement] is true. Maybe the president. But I don't see how even he can believe that. We have more than 70,000 new cases each day."

"The White House is operating on a completely different speed than the rest of the health agencies," one senior administration official said. "They've all but given up on the idea that there is more to do in terms of getting a handle on these new cases that are popping up. The rest of us still view the threat of those cases as the top concern."

Dr. Tom Frieden, former director of the Centers for Disease Control under Obama, went on record to discuss the claim.

"We have exploding case counts. Death rates will undoubtedly rise. They are living in a parallel universe that bears no relation to the reality that Americans are living," Dr. Frieden said. "And this idea that we should let it spread and protect the vulnerable is a really dangerous mistake. The idea that it [containing the virus] can't be done ignores reality."

More than 225,000 people have died of coronavirus in America.