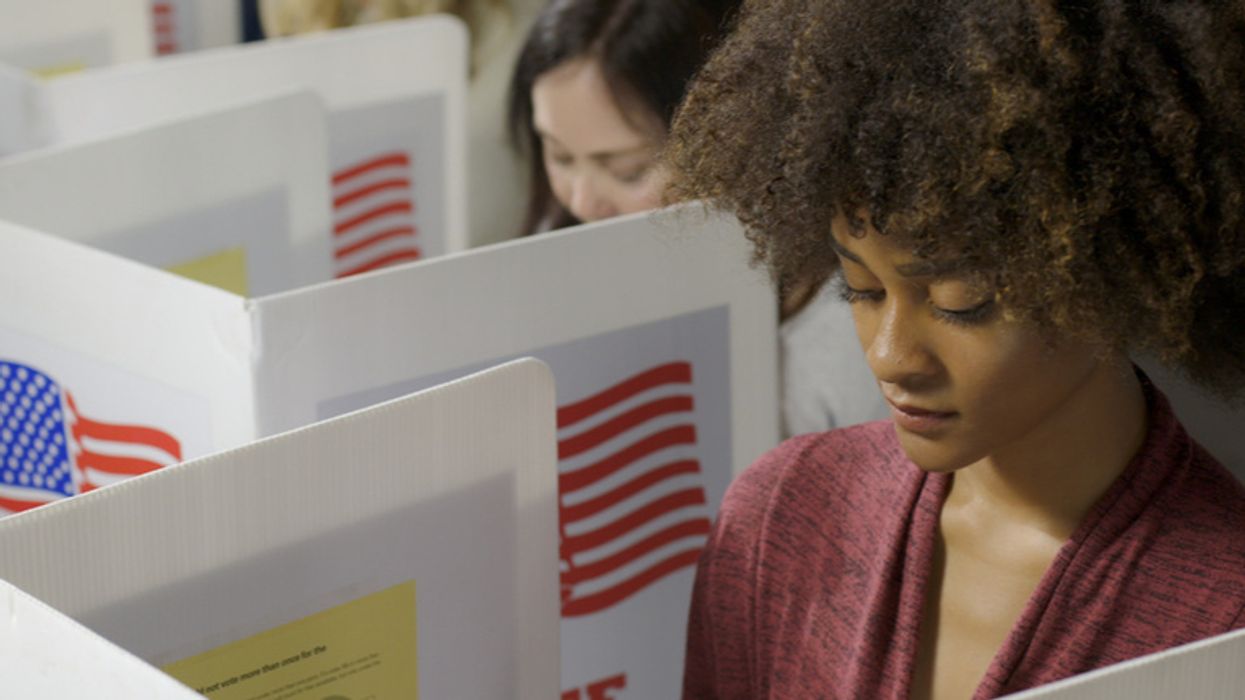 Young mixed-race woman, seen from high viewpoint as she casts vote with others at polling station in electionShutterstock/ vesperstock
Laura Clawson
and
Daily Kos
October 13, 2020

The Trump campaign and the Republican National Convention's efforts to steal the election in Pennsylvania were handed a setback on Saturday by a Trump-appointed judge. The Trump campaign and RNC were trying to block Pennsylvania from having ballot drop boxes, force signature matches between voter registration records and ballots, and pave the way for bringing in an army of nonresident "poll watchers" to intimidate voters.

U.S. District Judge Nicholas Ranjan wasn't having it. "While Plaintiffs may not need to prove actual voter fraud, they must at least prove that such fraud is 'certainly impending.' They haven't met that burden. At most, they have pieced together a sequence of uncertain assumptions," he wrote in a 138-page opinion.

Fabulously, Ranjan cited Justice Brett Kavanaugh in his decision, so if the Trump campaign and RNC appeal this up to the Supreme Court, Kavanaugh will have to contend with his past self. Not that that's usually a problem for partisan Republicans.

Pennsylvania isn't the only state where Republicans have had a court loss on efforts to rig the elections.

"In many respects, this case requires the Court to separate fact from fiction," U.S. District Judge Dana Christensen wrote in dismissing a Republican challenge to mail voting in Montana. "Central to some of the Plaintiffs' claims is the contention that the upcoming election, both nationally and in Montana, will fall prey to widespread voter fraud. The evidence suggests, however, that this allegation, specifically in Montana, is a fiction."

That September 30 decision followed another federal district judge dismissing a lawsuit against Nevada's new law calling for every registered voter to be sent a mail ballot.

State by state, it's clear that Republicans just want to make it harder to vote during a pandemic.

Of course the Trump Supreme Court may yet hand Republicans the means to suppress votes. But district judges have had some very strong opinions—to overturn all of them, the court's conservatives will have to drop any act of being above partisanship, in ways that will make it easier for Democrats to make the case for reforming or expanding the court in the future.