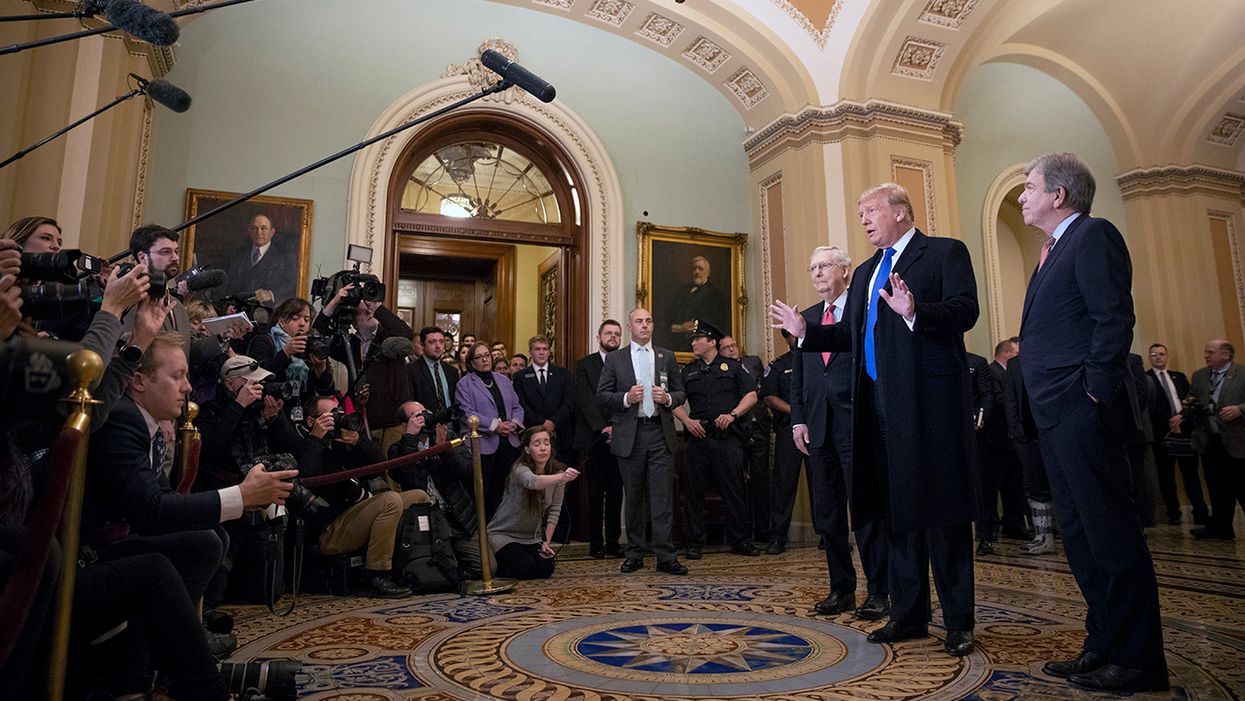 While many Trump-backing Republicans haven't totally given up hope, they're starting to contemplate alternate electoral strategies that don't involve holding onto the White House and instead keeping the Senate as a way to obstruct anything Biden proposes should he win the White House.

"I hope the polls have it wrong," Dan Eberhart, a top GOP donor, tells the Associated Press. "But Republicans… need to develop a campaign strategy committed to protecting the Senate at all costs, even if it means sacrificing the Oval Office."

Former George W. Bush Press Secretary Ari Fleischer, who is a reliable defender of the president, tells the AP that he fears Trump is leading his party to a total wipeout where no clever strategy for maintaining the Senate will suffice.

"He's in trouble, there's no question," he said. "By every traditional measuring stick, this looks like a Biden landslide. It's hard to predict what will happen in Congress, but anytime there is a large-scale victory, it has the potential to create tides to sweep people out."