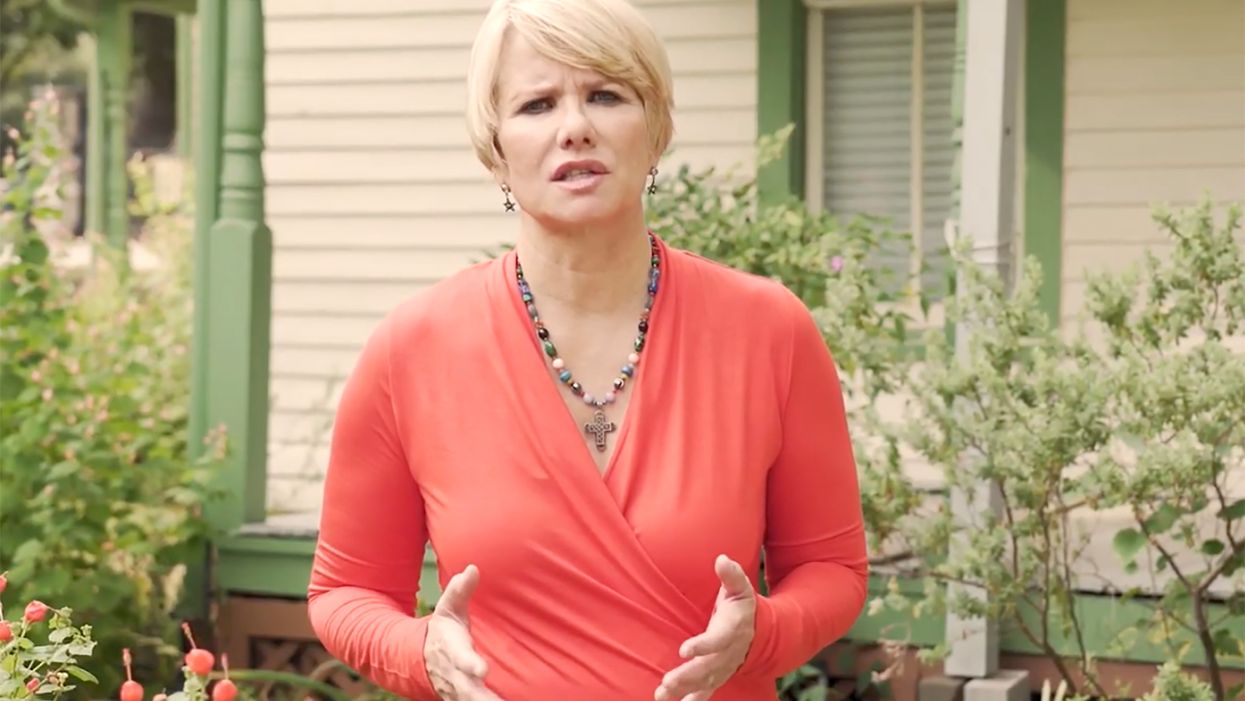 As Lone Star Democrats seek their first statewide victory in more than a quarter century, their best hope may be Chrysta Castañeda, who's running for a spot on an agency many people haven't heard of: the Texas Railroad Commission.

Despite the name, the commission doesn't actually oversee trains, but it does have jurisdiction over something even more important in Texas: the state's energy industry (oversight of the rails was handed to the state's Department of Transportation in 2005). The panel, often known as the "RRC," is made up of three members, each elected statewide for six-year terms.

The last time a Democrat won a seat on the board was in 1990, when former Rep. Bob Krueger beat a Republican opponent by 56-40 margin. Krueger wound up resigning to accept an appointment to the U.S. Senate when Lloyd Bentsen became Bill Clinton's Treasury secretary, and Republicans comfortably beat his appointed successor in 1994.

Ever since, the GOP has held all three seats, but Republicans were already preparing for a serious battle this year—which, ironically, might have made their situation even worse. Republican Ryan Sitton, who first won a slot on the RRC in 2014, had stockpiled $2 million in his war chest for the general election, but in March, he lost his primary in an absolute shocker to an unknown named Jim Wright, the owner of an oilfield waste disposal company who had raised less than $13,000.

The 55-45 loss was so inexplicable that some political observers wondered if Wright benefited from sharing a name with the one-time speaker of the House who hailed from Fort Worth, the late Democrat Jim Wright, who died in 2015. It's not such a crazy theory: Perennial candidate Gene Kelly won multiple Texas primaries in the previous decade because voters had him confused with the beloved dancer.

Whatever the explanation, though, Wright's victory has left Republicans with a suddenly open seat and a badly flawed candidate. The RRC—the very body that Wright wants to join—fined him $182,000 for improper storage of hazardous waste in 2017, and he's been sued by his former business partners for fraud stemming from the mess.

Castañeda, an oil and gas attorney, took aim at Wright for his record in her first ad of the race, which went up last month, but the main topic she's focusing on is the issue of "flaring." That refers to the practice of oil producers burning off unwanted natural gas from their wells rather than capturing it for later use, a process that is both environmentally harmful and economically wasteful.

It's also against the law—unless a driller is granted a special permit, of which 7,000 were handed out last year. As Castañeda notes, such permits can only be granted if all three members of the commission agree, meaning she could single-handedly put an end to flaring even if Republicans still hold a nominal 2-1 majority on the board next year.

With this backdrop, The New Republic recently called this race "this year's most important election for American climate policy." It could also finally put an end to the longest statewide losing streak for Democrats anywhere in the nation.