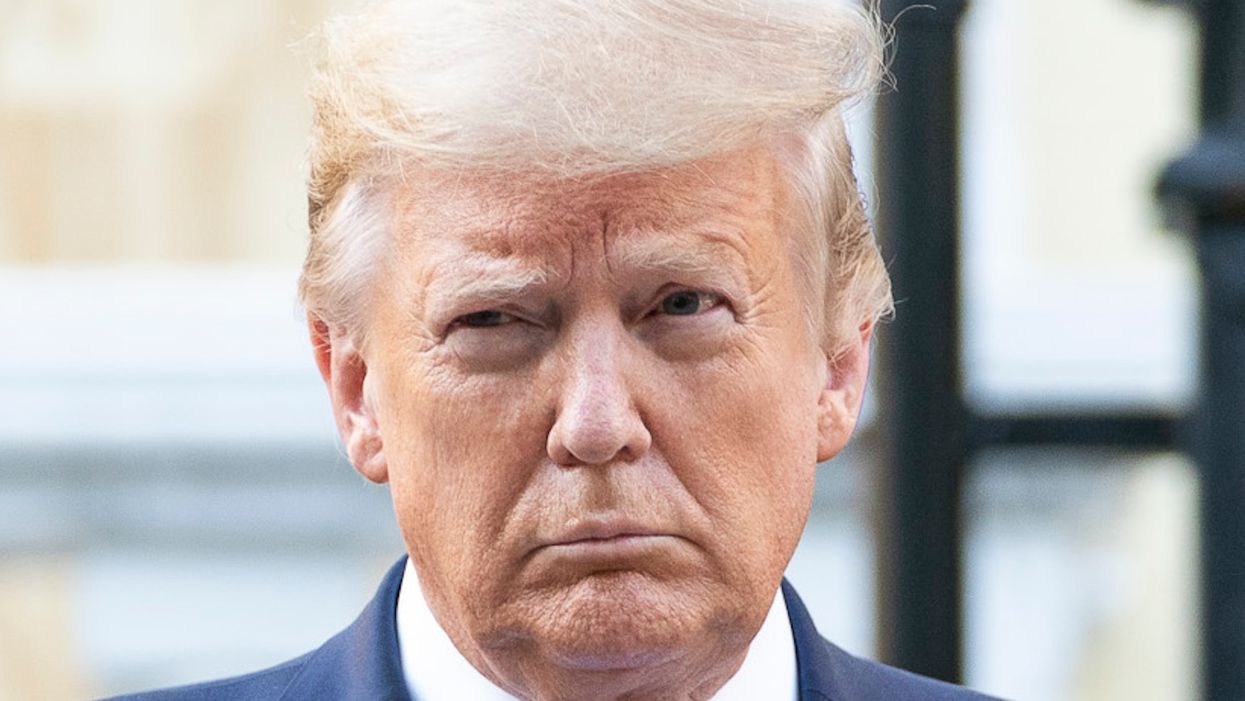 The 2020 election may be President Donald Trump's last attempt to dodge the consequences he could face for the staggering amount of debt that will come due over the next four years.

Ever since The New York Times' bombshell report about Trump's taxes, there has been heightened speculation about the president's debt and who he owes. Now, the Financial Times is shedding light on the illusion of Trump's windfall. The publication reports that Trump has more than $1.1 billion in debt and much of the debt is owed to creditors and banks.

In most cases, the president has used real estate —mostly linked to a small number of buildings and golf courses that form the core of the Trump business empire, according to the publication— as collateral to secure the loans. It has been reported that approximately $900 million of the $1.1 billion debt will come due at some point during Trump's second term if he wins the election.

According to the publication's graph, Trump's debts are broken down into five categories:

While Forbes still categorizes Trump as a billionaire with a net worth of approximately $3.5 billion, the uncertainty of the United States economy amid the pandemic could lead to long-term problems if the value of Trump's properties declines. There is also speculation that Trump may attempt to use the presidency as a shield to guard against potential lawsuits he could face in the event he defaults on any of the loans.