Some Republican strategists say it’s time to abandon Trump in order to keep the Senate in GOP hands: report 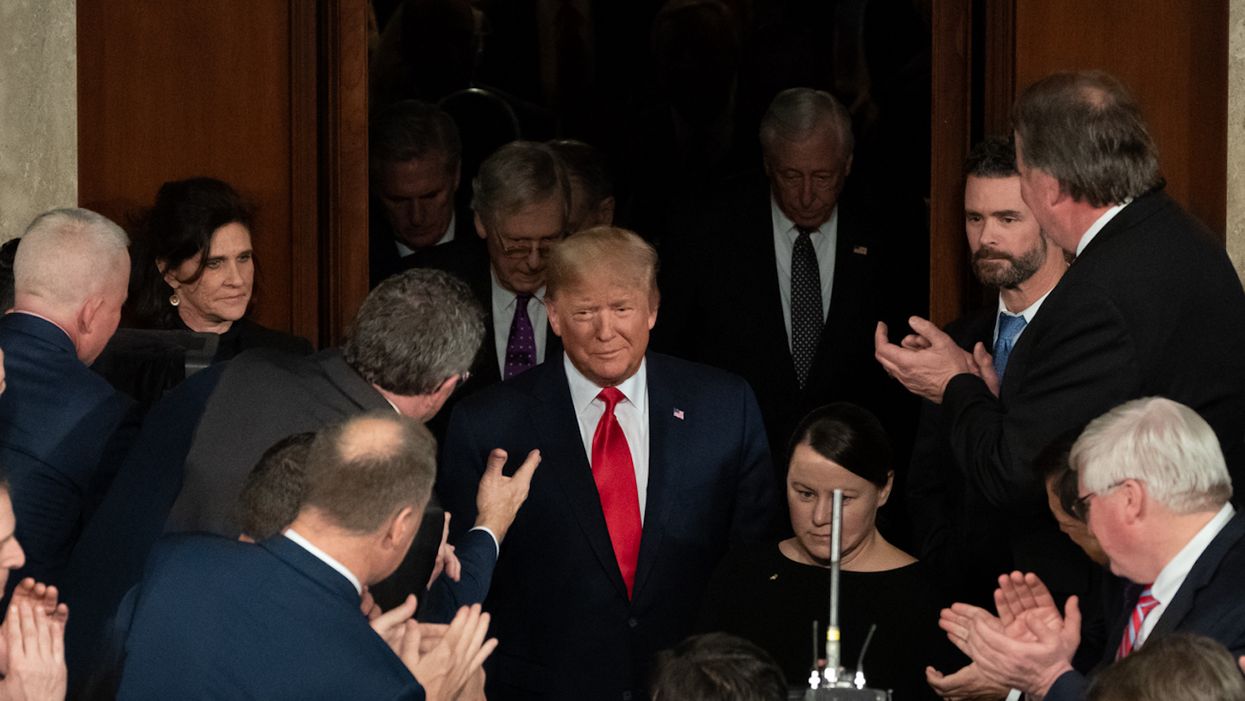 Many Republicans are afraid to say one word against President Donald Trump publicly — regardless of what they might be saying about him in private. But a common fear among Republicans is that if Trump loses to former Vice President Joe Biden in November, the fallout will include the GOP losing its majority in the U.S. Senate. And according to Daily Beast reporters Sam Stein and Lachlan Markay, some Republican strategists are now privately saying that the GOP needs to abandon Trump and accept the possibility of a Biden presidency if that's what it takes to keep their Senate majority.

In an article published this week, Stein and Markay explain, "Increasingly convinced that President Donald Trump's election chances are grim, top Republican donors, lobbyists, and operatives are directing their attention to the Senate in hopes of keeping a majority in the chamber and, with it, a check on a future President Joe Biden. Top GOP money men said that efforts to shift resources to Republicans running for the Senate have been happening for weeks, as Trump's chances have not improved — indeed, worsened — and as the (Republican) Party's candidates have been dramatically outraised."

Some of the polls released in early October do not look good for Trump, including polls that show him losing to Biden by 16% (CNN), 14% (NBC News/Wall Street Journal), 10% (Survey USA and CNBC/Change Research) or 9% (The Economist/YouGov). Moreover, a Monmouth University poll on Pennsylvania found Trump trailing Biden by 11% in that key swing state.

Tom Davis, former head of the National Republican Congressional Committee, told the Beast that he recently sent Minnesota Rep. Tom Emmer, who now chairs the NRCC, a memo laying out a case for divided government.

Davis told the Beast, "This is the time you have to make tough decisions. You have to let voters know there is a price if you sweep Democrats into office…. There are a lot of people who voted Republican for years 'til Trump. They haven't changed their philosophies. So, they're still getable. You have to make the argument that, 'Look, you can displace Trump, but you still need a Republican Senate to hold Biden in check.'"

Of course, many Republican strategists would be terrified at the prospect of going on Fox News and saying that it's time to throw Trump under the bus in order to keep the Senate in GOP hands. But anonymous sources like the ones quoted in the Beast's article offer some insights into what Republicans are actually saying behind closed doors. And a GOP operative told the Beast that Senate Majority Leader Mitch McConnell is "already moving into…. talking points" that whatever happens in the presidential race, it is important for Republicans to hold the Senate.

Stein and Markay report, "A major GOP donor based in the Midwest said that donors were increasingly focused on the Senate contests — at the expense of the presidential — because they have come to view Trump's campaign as an irrational entity in which to invest." And privately, the Beast journalist notes, Republicans are making "divided government" arguments — in other words, arguing that if Trump loses to Biden and Democrats hold the House, a GOP-controlled Senate could limit a Biden administration's ability to get things done.

The Lincoln Project, an anti-Trump conservative group, has been stressing that because Trump has been so toxic for the GOP and the conservative movement, a blue tsunami is necessary for a reset — and that includes Democrats retaking the Senate. But Rory Cooper, a GOP operative and Never Trump conservative, is making a "divided government" argument.

Cooper's message to fellow Republicans: Trump's campaign is doomed, but it isn't too late to save the Senate.

Cooper told the Beast, "Why should the (Republican) Party put more effort into winning the race than the president himself? President Trump is, by all evidence, doing more harm than good to his reelection chances. Three out of four voters don't approve of his response to COVID, meaning this includes his own supporters — and yet, he triples down on what they don't like. He hasn't led a credible poll since February. Republicans need to work to hold the Senate and sell a check on a Biden agenda."