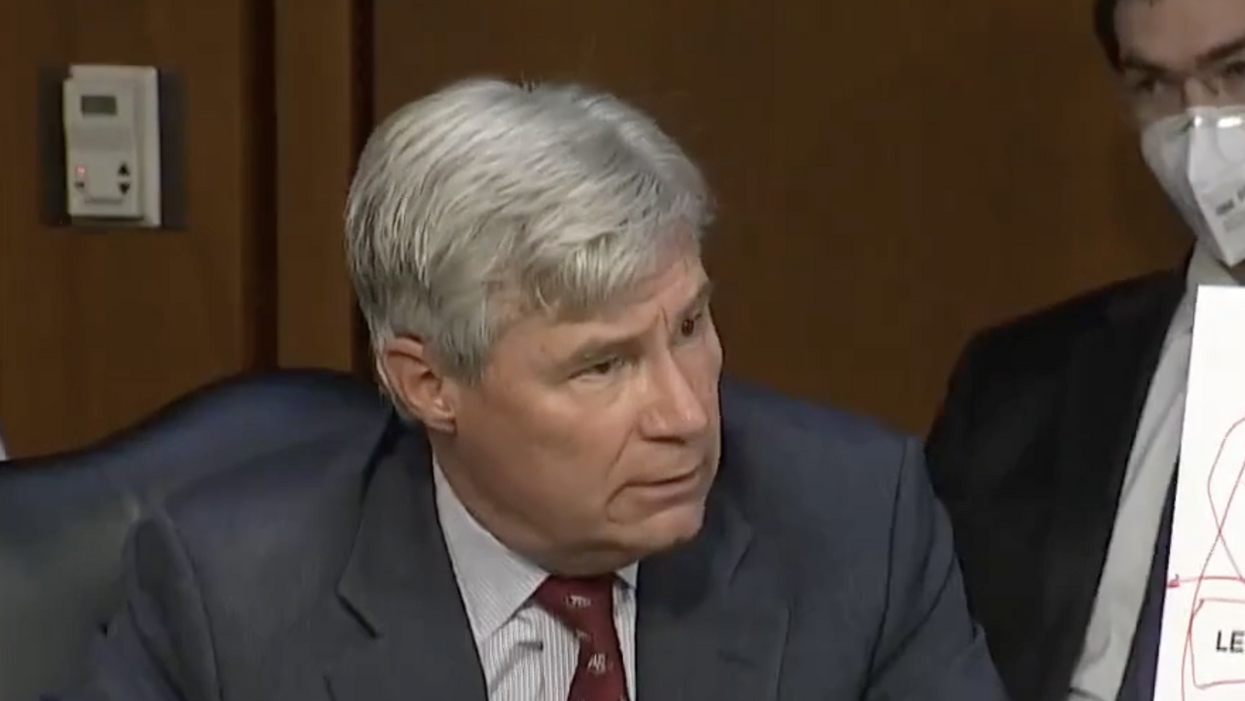 During her Senate confirmation hearings this week, Judge Amy Coney Barrett — President Donald Trump's far-right nominee to replace the late Justice Ruth Bader Ginsburg on the U.S. Supreme Court — has been questioned by Democratic senators who include Sen. Dianne Feinstein of California, Sen. Dick Durbin of Illinois and Sen. Sheldon Whitehouse of Rhode Island. Whitehouse, during his questioning, focused heavily on some of the conservative groups and judicial activists that are pushing aggressively for Barrett's confirmation — and Whitehouse laid out, in detail, the right-wing scheme to "rig" the federal courts.

Displaying some charts to make his point, Whitehouse noted that Barrett's supporters include the Judicial Crisis Network and the Federalist Society and described the connections between those groups. One chart depicted dollar signs and was broken down into three parts: the Network, the Society and various "legal groups."

The Rhode Island Democrat, holding up that chart, explained, "This, more and more, looks like it's not three schemes, but it's one scheme — with the same funders selecting judges, funding campaigns for the judges, and then, showing up in court in these orchestrated amicus flotillas to tell the judges what to do."

Whitehouse argued, "It's a $250 million dark money operation, (and) $250 million is a lot of money to spend if you aren't getting anything for it. So, that raises the question: what are they getting for it?"

"That's where the contest is," Whitehouse warned. "That's where the Republican Party platform tells us to look: at how they want judges to rule to reverse Roe, to reverse the Obamacare cases and to reverse Obergefell and take away gay marriage. That is their stated objective and plan. Why not take them at their word?"

The Judicial Crisis Network is headed by right-wing activist Carrie Severino, a former clerk for Justice Clarence Thomas. And Sheldon noted that Barrett's supporters are strident opponents of Obamacare. If Barrett is confirmed to the Supreme Court this month, one of the first cases she might be asked to decide after the presidential election is a Republican lawsuit that seeks to strike down Obamacare as unconstitutional.