Sen. Whitehouse exposes the truth about the right wing attempt to use Amy Coney Barrett to destroy Obamacare 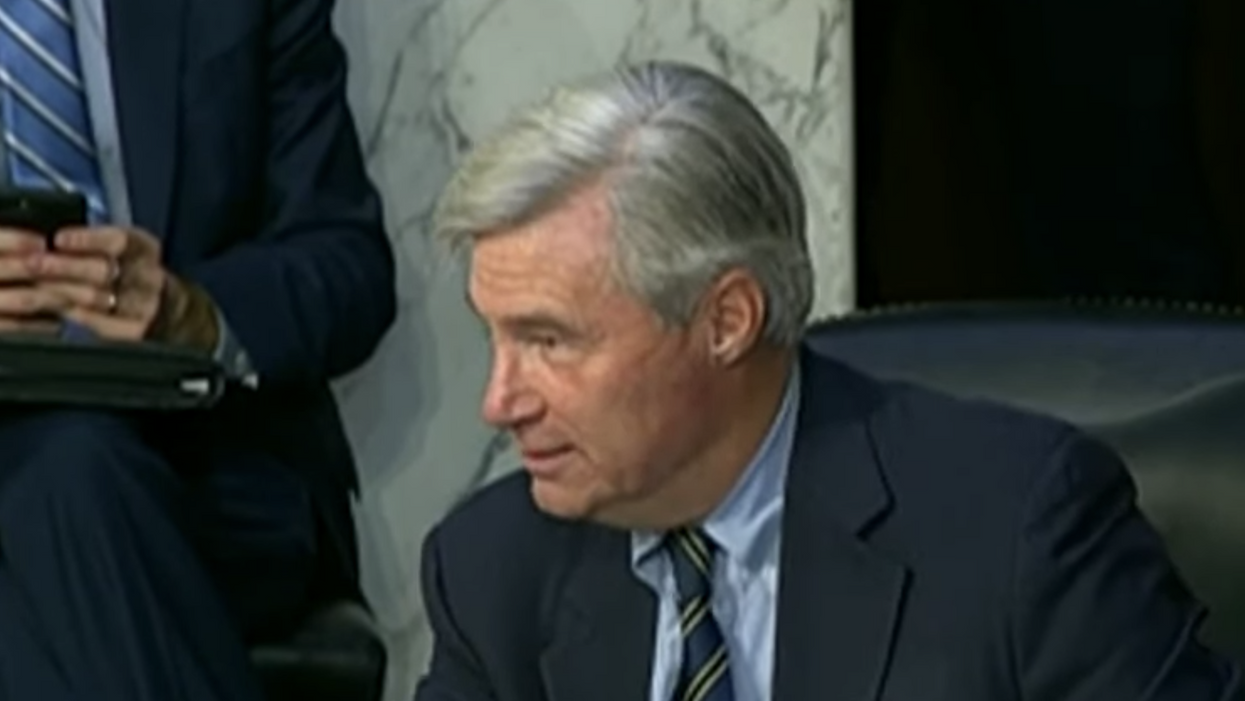 Calling the proceedings an "unseemly charade," Democratic Sen. Sheldon Whitehouse used his time in the opening day of Amy Coney Barrett's confirmation hearing to point a forceful finger at a key reason for the Republican rush to get Barrett on the Supreme Court: They want her there to strike down the Affordable Care Act (ACA).

Whitehouse tightly linked the push to confirm Barrett with the longtime Republican push to kill the ACA—and he named names. One name, anyway. Sen. John Cornyn tore off his mask and glared angrily at Whitehouse as Whitehouse rebutted Cornyn's recent claim that Republicans aren't rushing to get Barrett on the court by the Nov. 10 arguments in the latest attempt to strike down the ACA."

Trump has over and over said this is his reason, and now we're in this mad rush to meet the November 10 argument deadline and colleagues pretend this isn't about the ACA," Whitehouse said, scoffing, "Ha, right."

Then he moved on to connect Cornyn—despite his denial that the ACA is motivating Republicans here—with the exact case that threatens health care for millions.

"The district judge in Texas who struck down the ACA in the case now headed for the court is a former aide to the senator, who has become what the Texas Tribune calls the favorite for Texas Republicans seeking big judicial wins like torpedoing the ACA," Whitehouse said. "The senior senator from Texas introduced in committee the circuit court judge who wrote the decision on appeal striking down the ACA."

He continued, "Sen. Cornyn has filed brief after brief arguing for striking down the ACA. He led the failed Senate charge to repeal the ACA in 2017. He has said 'I've introduced and cosponsored 27 bills to repeal or defund Obamacare and I've voted to do so at every opportunity.'"

So, yeah, Cornyn is looking to Barrett to strike down the ACA ASAP. And he's lying about it.