Self-funding QAnon candidate gave own campaign $450,000 after getting PPP loan 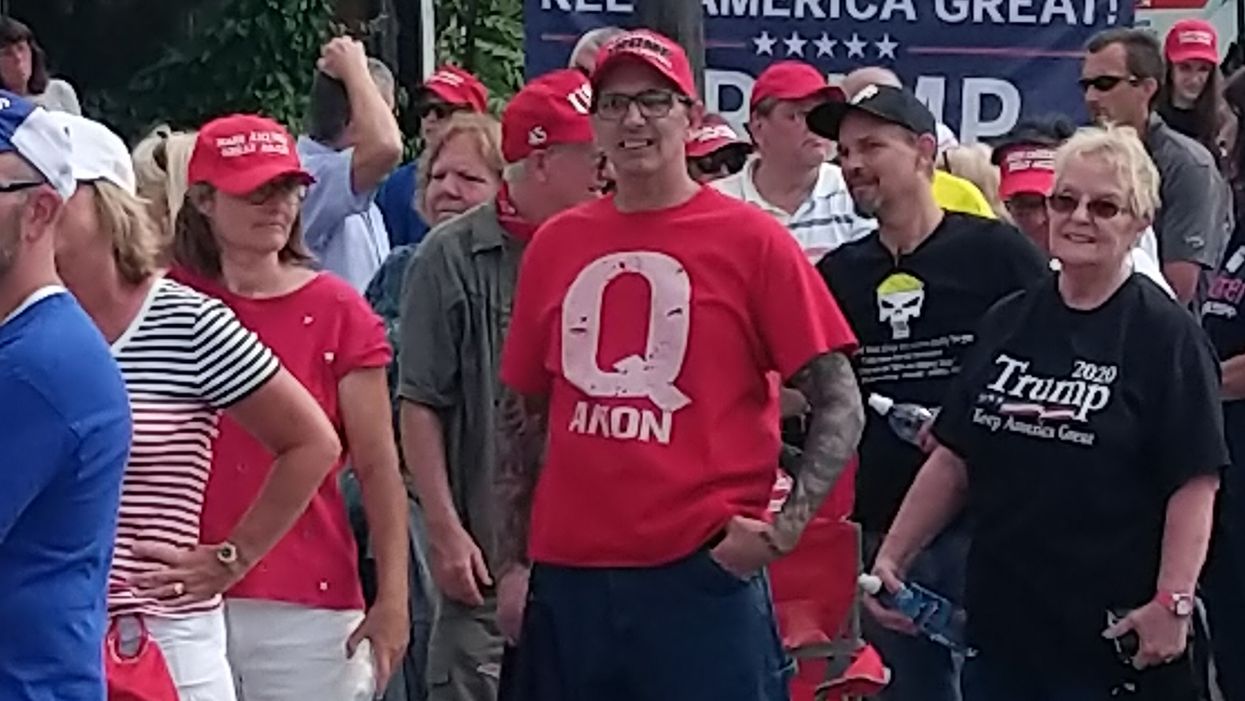 Marjorie Taylor Greene, a QAnon conspiracy theorist and Republican candidate who is expected to win her House race in Georgia next month, donated $450,000 to her own campaign after receiving a six-figure Paycheck Protection Program loan from the government for her construction company.

Greene, who has promoted the QAnon conspiracy theory and posted videos attacking Black people, Muslims and Jews, won the Republican primary in Georgia's 14th congressional district in August despite opposition from Republican leaders. She is almost certain to take over the seat now held by retiring Republican Rep. Tom Graves, especially after her Democratic opponent dropped out of the race last month in a district President Trump carried by 50 points. Trump has since praised Greene as a "future Republican star."

Despite her opposition to the stimulus funding and the PPP, her family's company, Taylor Commercial, received a six-figure PPP loan worth between $150,000 and $350,000 earlier this year. New York Magazine reported that her name had stopped appearing on the company's registration forms in 2012 but was added back in 2019.

Greene, who had loaned her campaign $900,000, donated $450,000 to her campaign about two months after the PPP loan, according to Federal Election Commission records.

Her main opponent in the Republican primary, neurosurgeon John Cowan, raised questions about the donation during the campaign.

"Earlier this week, you said that you didn't want Congress to pass more COVID-related emergency funds for businesses. But your business took as much as $350,000 in PPP loans from the federal government at the same time you were putting $900,000 into your campaign," Cowan told Greene during a debate in July. "So if you don't need the money and you have the discretionary funds, will you commit to returning that money to the citizens?"

Greene accused Cowan of being "disconnected" from business owners and "people who have struggled during this government shutdown."

"I am appalled at the fact that you cannot comprehend that I have a construction company and we can't do construction remotely at home," she said, not denying that she opposed the very funds that her company drew from.

"Construction companies were considered essential and they didn't shut down," Cowan shot back. "So you were making plenty of money — plus you used $900,000 of your own money during the campaign. Don't you think you had a little extra to pay your employees? I find it disingenuous that you took money from taxpayers to pay for your employees while you were paying yourself."

Spencer Hogg, Cowan's campaign manager, later said in a statement that Greene's company "wasn't one of those facing hardships."

"She says she's a fiscal conservative, she said last week that she opposed additional emergency funding for businesses forced to close because of COVID, but as we've seen on multiple issues, Marjorie doesn't let principle interfere with self-interest," he said in a statement. "If she has enough money to spend nearly $1 million to advance her own political ambitions, then she has enough to pay her employees, particularly in an industry that didn't have to stop working during the lockdown."

Greene's campaign did not respond to questions from Salon.

Greene is not the only Republican candidate who has self-funded a campaign while taking PPP loans.

Former Rep. Darrell Issa, R-Calif., received a PPP loan for one of his companies worth between $150,000 and $350,000 in May, weeks before he loaned his campaign $150,000. Issa, who has a net worth of $280 million to $400 million and was the richest member of Congress between 2000 and 2018, is trying to stage a political comeback by running for the Southern California seat recently vacated by convicted former Rep. Duncan Hunter, a Republican.

Issa's Democratic opponent ,Ammar Campa-Najjar, called for "millionaires like Darrell Issa" to be banned from collecting PPP loans during a debate last week.

Issa said at the debate that he opposed funding the PPP entirely, arguing it would be "foolhardy" and that "paying people not to work has run its course."

Another California Republican candidate, Michelle Steele, also received a PPP loan worth between $150,000 and $350,000 in April for her family law firm. She donated $500,000 to her campaign in California's 48th congressional district against Rep. Harley Rouda, a Democratic freshman narrowly elected in the 2018 "blue wave."

Rep. Vern Buchanan, a Florida Republican, received PPP loans worth up to $7 million for his auto dealerships before donating $250,000 to his campaign.

Accountable.US, a progressive watchdog group that tracks recipients of PPP loans, called on all four candidates to return the money to taxpayers.

"The PPP program was meant to save jobs, not bail out business owners looking for a gig in D.C.," spokesman Derek Martin said in a statement to Salon. "These candidates should return this money and tell the president to get back to work on a relief bill that will help all Americans during this pandemic."