A right-wing news outlet was just unmasked as Russian propaganda 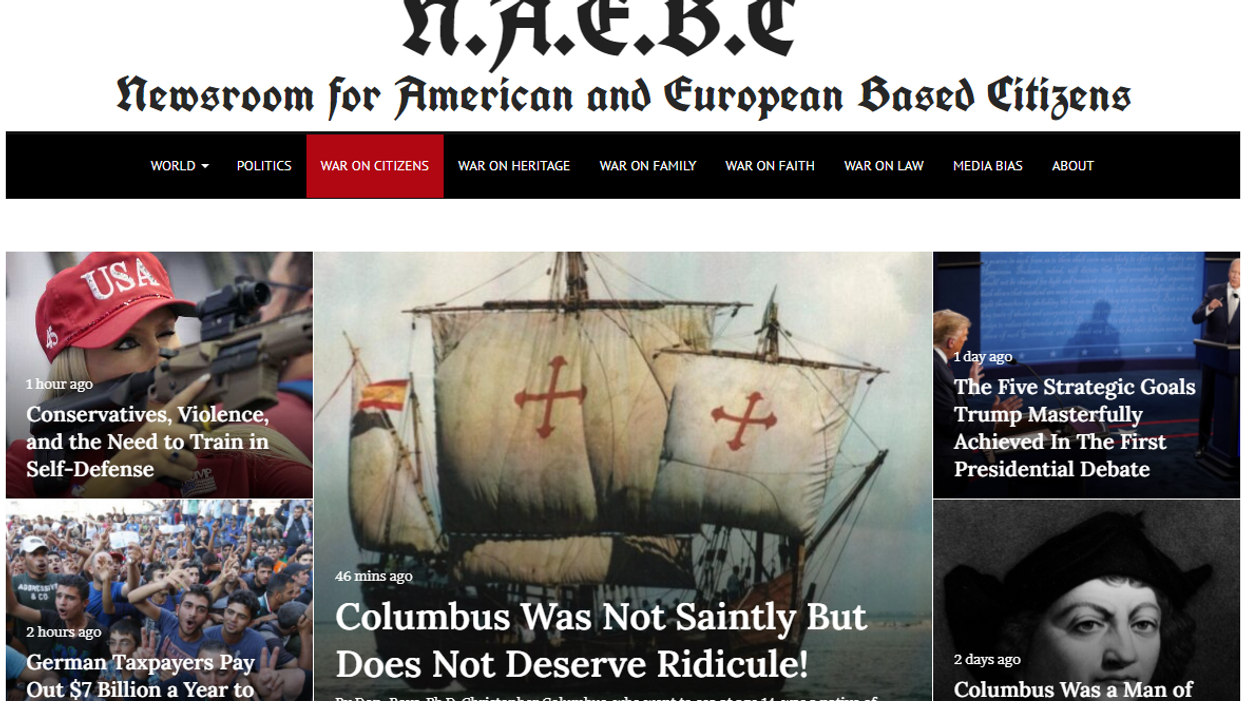 The Russian operatives accused of interfering in the 2016 presidential election appear to have struck again. A new report focuses on the spurious media organization called the Newsroom for American and European Based Citizens (NAEBC) operated by representatives associated with the Internet Research Agency based in St. Petersburg, Russia.

The media organization, which bills itself as a "free and independent" media platform, is accused of developing a political news outlet to target right-wing social media users, according to Reuters. U.S. prosecutors insist the same agency played a pivotal role in previous Russian efforts to steer the 2016 election in a direction favorable for President Donald Trump.

Based on investigative findings, the site has been categorized as a Kremlin-backed troll outlet. Although the site features headlines that appear to align with right-wing media, at first glance, multiple context clues reportedly suggested otherwise.

The Daily Beast reports the site's acronym NAEBC, appears to be play on a Russian double-entendre meaning "screw over." NAEBC's site also boasts a contradictory tagline that appears to serve as a loaded statement. It warns readers: "Don't get yourself fooled."

The latest reports about NAEBC come less than one month after Facebook and Twitter also confirmed a fake liberal news website that was said to be operated by the same group.

Ben Nimmo, director of investigations at the social media analytics firm Graphika, provided an analysis of the site and noted that the overall strategy appears to align with the same approach taken to sway the 2016 election.

"But the overall strategy looks unchanged: energize Trump supporters, depress support for Biden, and target both sides with divisive and polarizing messages," he said.

The NAEBC raises multiple red flags with content that fans the flames of racism while further pushing Trump's "stand back and stand by" rhetoric.

With headlines such as "Conservatives, Violence, and the Need to Train in Self-Defense," "Sleepy Joe set Politics back 180 years," and "Mob Rule is Frenzied Rage and Void Of Conscience, Fueled Only By Your Complicity" the site continues to stoke fear among Trump supporters which could be very problematic as the 2020 presidential election approaches.