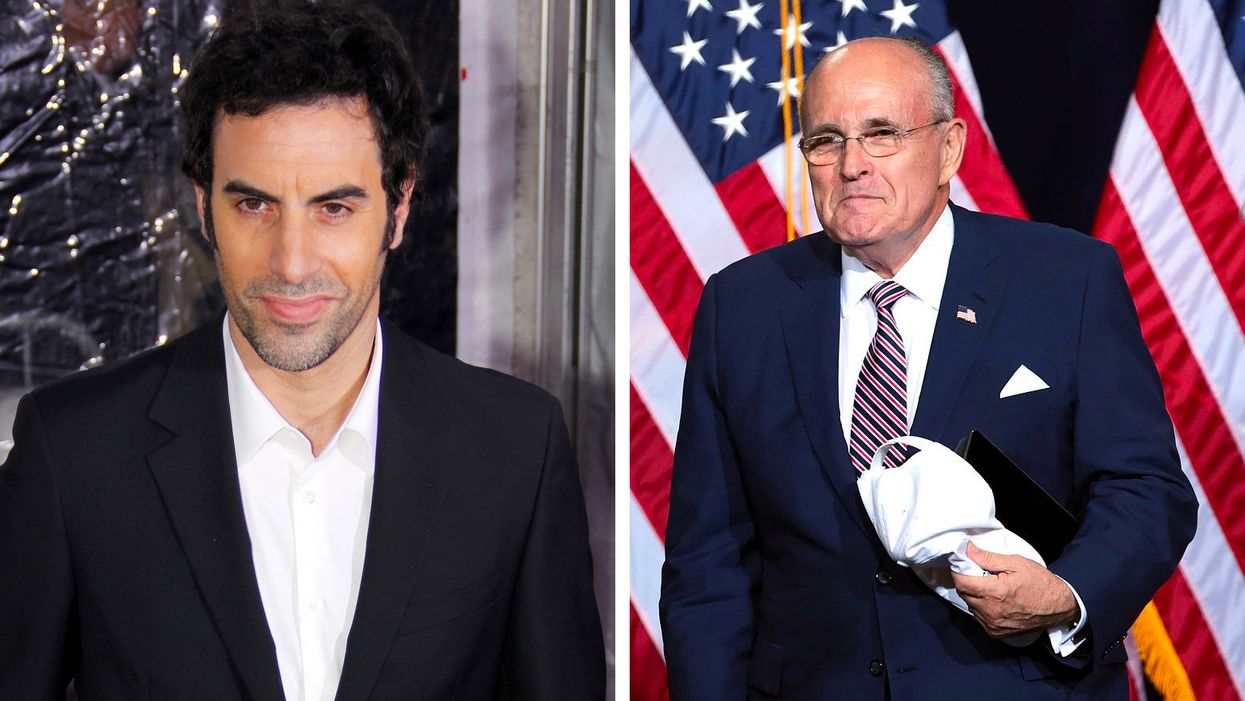 Trump attorney Rudy Giuliani was reportedly tricked by comedian Sasha Baron Cohen into having an "indiscreet encounter" with a young actress who was playing as a far-right journalist in his new "Borat" movie.

The Guardian, which has seen footage from Cohen's upcoming movie, reports that "the former New York mayor and current personal attorney to Donald Trump is seen reaching into his trousers and apparently touching his genitals while reclining on a bed in the presence of the actor playing Borat's daughter."

The actress in question, 24-year-old Bulgarian native Maria Bakalova, posted as a right-wing journalist interested in interviewing Giuliani to ask him about his work for President Donald Trump.

According to The Guardian, Bakalova after the interview asks Giuliani to come to her hotel room for a drink.

Little does the New York mayor know, however, that Bakalova's room has been rigged with cameras — and as soon as Giuliani starts apparently playing with himself, Cohen's character bursts into the room and tells him that she's only 15 years old and thus "too old for you."