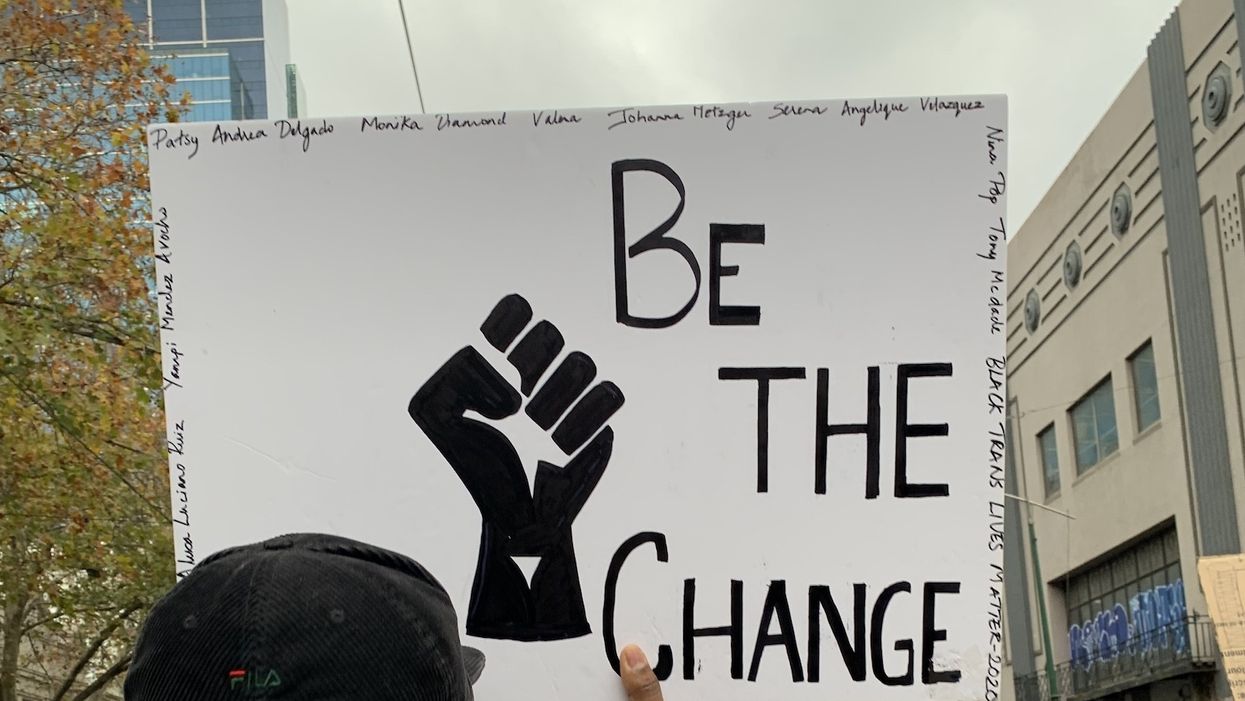 Image by <a href="https://pixabay.com/users/konkarampelas-8268513/?utm_source=link-attribution&utm_medium=referral&utm_campaign=image&utm_content=5265635">Kon Karampelas</a> from <a href="https://pixabay.com/?utm_source=link-attribution&utm_medium=referral&utm_campaign=image&utm_content=5265635">Pixabay</a>
A strike by Portland strippers has grown into a nationwide movement
The Conversation
October 24, 2020

Black Lives Matters (BLM) has been portrayed by its detractors as many things: Marxist, radical, anti-American. Added to this growing list of charges is that it is either irreligious or doing religion wrong.

In late July, for instance, conservative commentator Andrew Sullivan tweeted that BLM was “incompatible" with Christianity.

He isn't alone in that belief. Despite receiving the backing of diverse faith leaders and groups, BLM has been attacked by sections of the religious right. One evangelical institution felt compelled to issue a statement warning Christians about the movement's “Godless agenda." Other evangelicals have gone further, accusing BLM founders of being “witches" and “operating in the demonic realm."

Joining conservative Christians are some self-proclaimed liberals and atheists who have also denounced BLM as a social movement that functions like a “cult" or “pseudo" religion.

As scholars of religion, we believe such views fail to acknowledge – let alone engage with – the rich spiritual and religious pluralism of Black Lives Matter. For the past few years, we have been observing the way the movement and affiliated organizations express faith and spirituality.

Since 2015 we have interviewed BLM leaders and organizers as well as Buddhist leaders inspired by the movement. What we found was that BLM was not only a movement seeking radical political reform, but a spiritual movement seeking to heal and empower while inspiring other religious allies seeking inclusivity.

Black Lives Matter was born from a love letter.

On July 13, 2013 – the day of the acquittal of George Zimmerman, who had killed an unarmed black teenage named Trayvon Martin – soon-to-be BLM co-founder Alicia Garza, posted “A Love Letter to Black People" on Facebook. She declared:

“We don't deserve to be killed with impunity. We need to love ourselves and fight for a world where black lives matter. Black people, I love you. I love us. We matter. Our lives matter."

Since its inception, BLM organizers have expressed their founding spirit of love through an emphasis on spiritual healing, principles, and practices in their racial justice work.

BLM leaders, such as co-founder Patrisse Cullors, are deeply committed to incorporating spiritual leadership. Cullors grew up as a Jehovah's Witness, and later became ordained in Ifà, a west African Yoruba religion. Drawing on Native American, Buddhist and mindfulness traditions, her syncretic spiritual practice is fundamental to her work. As Cullors explained to us, “The fight to save your life is a spiritual fight."

Theologian Tricia Hersey, known as the “Nap Bishop," a nod to her Divinity degree and her work advocating for rest as a form of resistance, founded the BLM affiliated organization, The Nap Ministry in 2016.

In an interview with Cullors, Hersey said she considers human bodies as “sites of liberation" that connect Black Americans to the “creator, ancestors, and universe." She describes rest as a spiritual practice for community healing and resistance and naps as “healing portals." Hersey connects this belief to her upbringing in the Black Pentecostal Church of God in Christ, where, she explained, “I was able to see the body being a vehicle for spirit."

The movement is committed to spiritual principles, such as “healing justice" – which uses a range of holistic approaches to address trauma and oppression by centering emotional and spiritual well-being – and “transformative justice" which assists with creating processes to repair harm without violence. 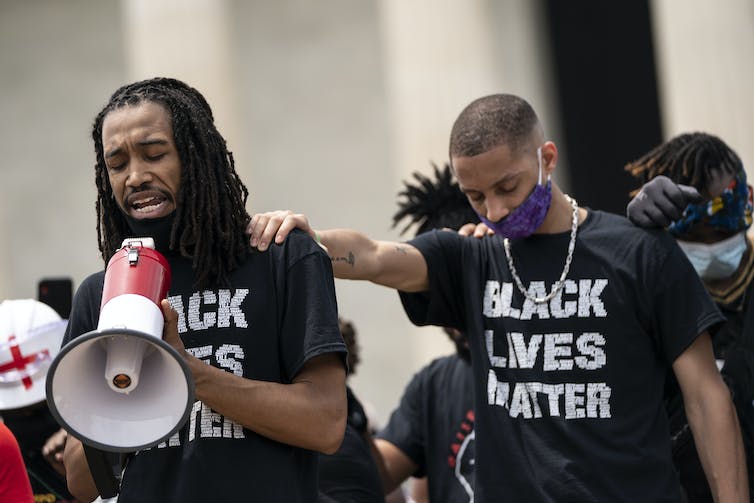 Transformative justice, central to the beliefs of many in the BLM movement, is a philosophic approach to peacemaking. With roots in the Quaker tradition, it approaches harms committed as an opportunity for education. Crime is taken to be a community problem to be solved through mutual understanding, as often seen in work to decriminalize sex work and drug addiction.

BLM affiliated organizer Cara Page, who coined the term “healing justice," did so in response to watching decades of activists commit themselves completely to social justice causes to the detriment of their physical and mental health. She advocates that “movements themselves have to be healing, or there's no point to them."

'Without healing, no justice'

BLM-affiliated organizations utilize spiritual tools such as meditation, reiki, acupuncture, plant medicine, chanting, and prayer, along with other African and Indigenous spiritualities to connect and care for those directly impacted by state violence and white supremacy.

For instance, Dignity and Power Now or DPN, an organization founded by Cullors in Los Angeles in 2012, hosts almost weekly wellness clinics on Sundays, often referred to as “church" by attendees.

On July 26, 2020, they held a virtual event called Calm-Unity, to remind people that “without healing there is no justice." Classes included yoga, meditation, African dance, Chinese medicine, and altar making.

In interviews, movement leaders described honoring their body, mind and soul as an act of resilience. They see themselves as inheritors of the spiritual duty to fight for racial justice, following in the footsteps of freedom fighters like abolitionist Harriet Tubman.

BLM leaders often invoke the names of abolitionist ancestors in a ceremony used at the beginning of protests. In fact, protests often contain many spiritual purification, protection and healing practices including the burning of sage, the practice of wearing white and the creation of sacred sites and altars at locations of mourning.

U.S. Buddhist leaders presented a statement on racial justice to the White House in which they shared they were “inspired by the courage and leadership" of Black Lives Matter. Jewish, Muslim and many other religious organizations, have incorporated BLM principles to make their communities more inclusive and justice oriented.

As University of Arizona scholar Erika Gault observes, “The Black church is not the only religious well from which Black movements have historically drawn," and with Black Lives Matter, “We are actually seeing more religion, not less."

Attempts to erase the rich religious landscape of Black Lives Matter by both conservative and liberal voices continues a long history of denouncing Black spirituality as inauthentic and threatening.

The history of white supremacy, often enacted within institutional Christianity, has often vilified and criminalized Indigenous and African beliefs, promoted the idea that Black people are divinely destined to servitude, and subjected communities to forced conversions.

As Cullors said to us in response to current attacks against BLM as demonic, “For centuries, the way we are allowed to commune with the divine has been policed; in the movement for Black lives, we believe that all connections to the creator are sacred and essential."