Put down that dystopia: Let two short films challenge you with visions of a hopeful future 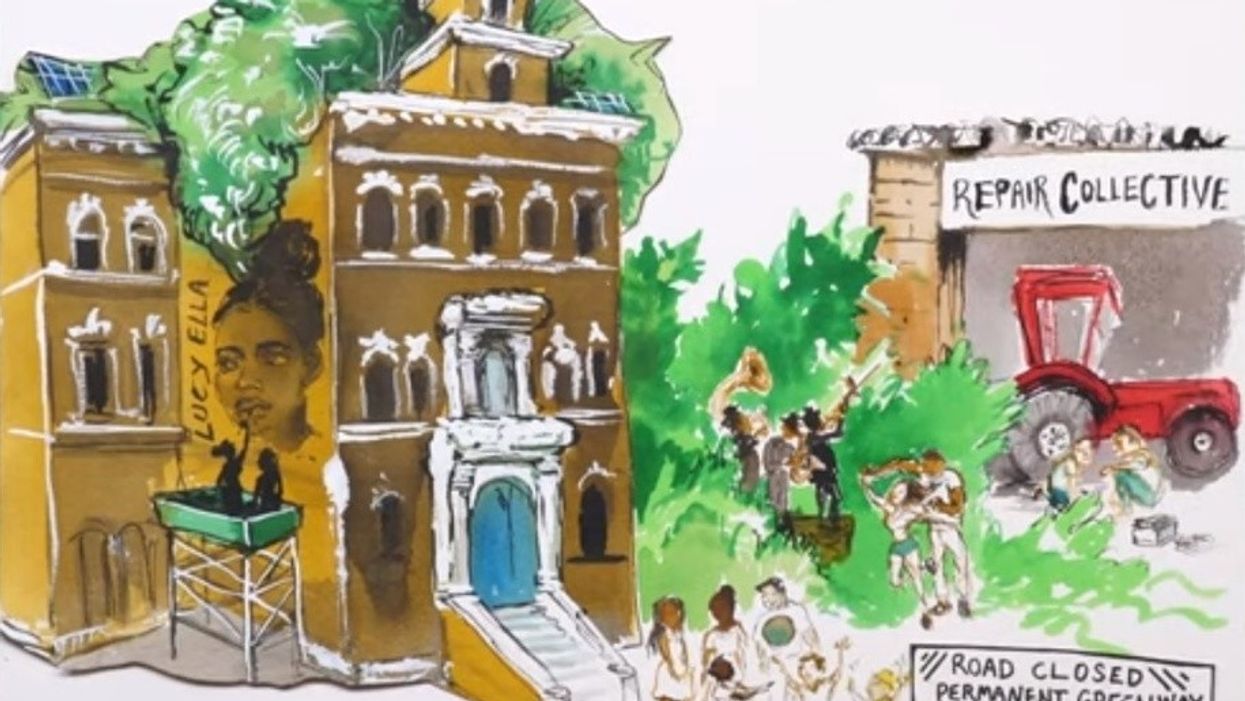 In 2019, Representative Alexandria Ocasio-Cortez (AOC) teamed with illustrator Molly Crabapple to create a short film called A Message from the Future. That film presented something extraordinarily rare when it comes to looking ahead these days: optimism.

After what seems like an endless parade of dystopias in literature and film, the short film, in which Crabapple illustrates scenes to Rep. Ocasio-Cortez's narration, seems almost shocking in its optimism. Set two decades in the future, it brings to life—or at least, to still life—a world in which the Green New Deal becomes reality. Starting from that basis, it projects the kind of changes that might be expected by 2040, and the kind of world the next generation could inherit.

But that was 2019. As in "Before 2020." In the wake of everything that has happened over the last 10 months—the pandemic, the protests, the ongoing police violence, the continued threats to democracy—is it still possible to paint a picture of a future where things take a turn for the good?

Now there's a new A Message from the Future, one that takes 2020 into account. And the future it projects may be challenging in ways that you don't expect.

The original AOC version of A Message from the Future is heavily focused on the effects of living in a world where the Green New Deal upset the course humanity was taking toward climate disaster. Though it projects those changes in the future, it actually spends about half its time in the recent past, showing how we found ourselves on the path to the climate cliff … before projecting a world that starts with Democratic victories in 2018, adds new wins in 2020, and lifts the nation into a far fairer, greener place.

The 2020 version, again illustrated by Crabapple and scripted by author Naomi Klein, seems somewhat less hopeful right from its title: Years of Repair. It recognizes that where we are in 2020 isn't a position to head off problems ahead, but that going forward requires addressing damage that has already happened, and not just in 2020. Like the first film, it places a strong focus on the need to address both climate change and other environmental issues. And like the first film, there's not an assumption that everything will be just peachy moving ahead. Among other issues, this letter from the future makes the assumption that COVID-19 is far from the last time the world will have to deal with a fast-moving emerging disease.

The new film pushes even harder into social issues. Issues of race, employment, policing. It sometimes does so in ways that may make even people who think of themselves as progressive uncomfortable. But that's the point. This isn't so much a sequel to the first film as a letter from another future, one in which things have changed tremendously from the world we know in this sorry, exhausting year.

Personal Note: Back in May of 2016, I wrote an essay promising that I was going to spend time over the next year "reclaiming Utopia" and writing about the ways we could create "the good future." Of course, I wrote that months before the election of 2016 hurtled us toward a place I had not imagined. I allowed that event to smother that project before it really got off the ground. But consider this article to be two views into the kind of utopias I was talking about that day.

I promise, no matter what happens in November, they won't be the last.