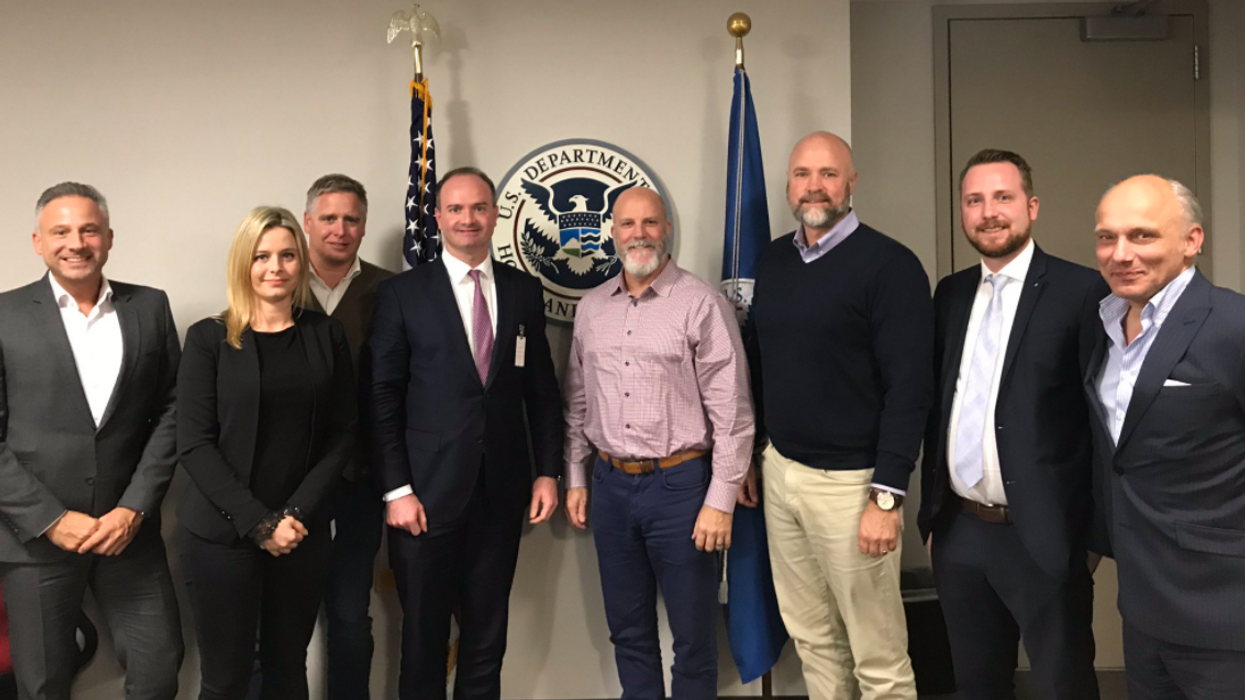 An ousted cybersecurity consultant who faced accusations from German counterintelligence officials for his alleged affiliation to a Russian influence operation traveled to the United States last year to conduct meetings with several U.S. cybersecurity officials from the Department of Homeland Security (DHS), public utility companies, and executives from some of the country's biggest corporations including Amazon and Microsoft.

The Daily Beast has released a report about Hans-Wilhelm Dünn, the former president of the Berlin-based non-government Cyber-Security Council (CSRD), and his trip to Washington D.C., on Nov. 11, 2019.

At the time, Dünn shared highlights from his trip via Twitter. In one photo, he is seen with Deputy Assistant Secretary Richard Driggers along with several other DHS officials. Photos from his first nights in the U.S. captured him dining with Michael Chertoff, former DHS secretary and now the Chertoff Group CEO.

He also snapped photos with other prominent figures in Washington. One night, he even posted photos of the White House and Washington Monument.

While Dünn's posts looked like nothing more than highlights from distinguished events and glimpses of his sightseeing experiences in D.C., the months before his arrival suggests there is more to the story.

Before traveling to the U.S. Dünn was publicly outed by German news outlets as "having numerous links to Russian intelligence and influence operations, including one financed by the U.S.-sanctioned oligarch Yevgeny Prigozhin," according to the publication.

Berlin raised concerns about Dünn due to a memorandum of understanding held by the Dünn's CSRD and Vladislav Sherstyuk, president of the Moscow-based National Association of International Information Security (NAIIS) organization. That 2018 agreement was reportedly put in place to "promote the implementation of the state policy of the Russian Federation in the field of international information security."

Dünn and Sherstyuk, a Russian described as "a spymaster, determined to exploit communications to steal U.S. secrets and protect Russia against espionage of the same kind," raised eyebrows due to their agreement although it was signed by two non-government agencies.

Dünn's social media posts signal that his interactions with Western security experts and government officials seems to align with his previous work for a string of Kremlin-connected operations.

Although the agreement was terminated in October of 2019, there are still reservations about Dünn's ties to Russia.