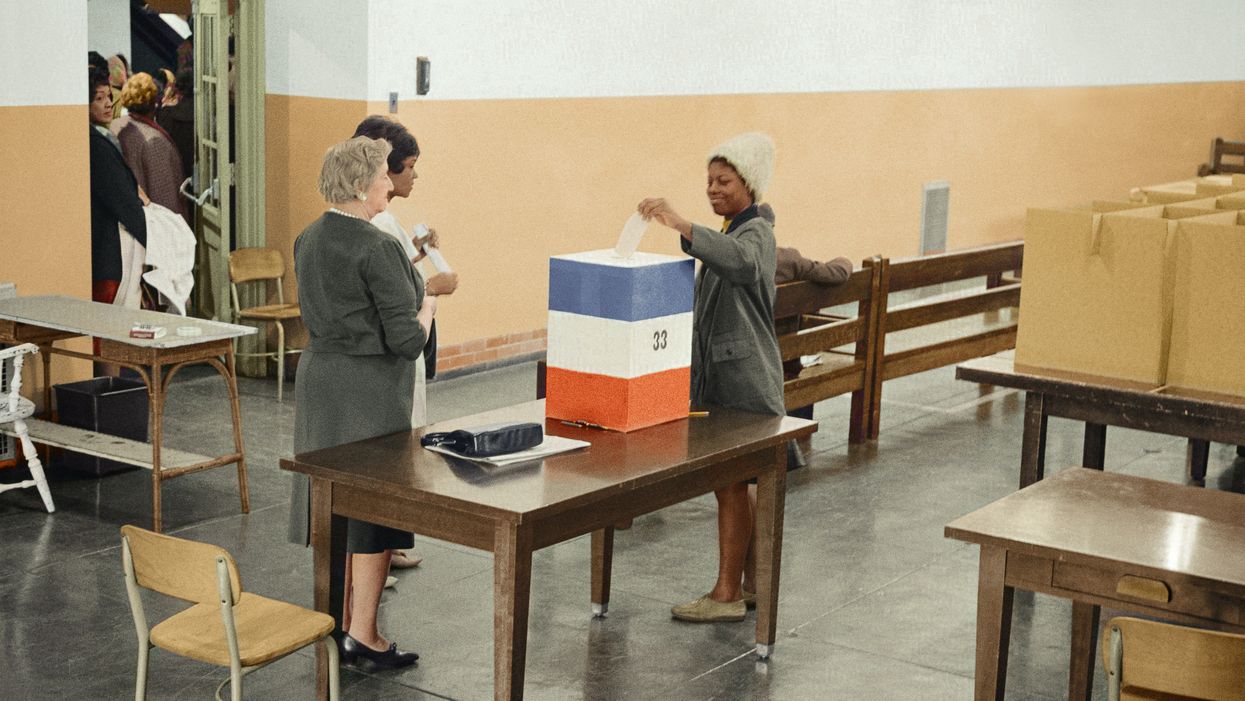 Dismissing glaring concerns about voter intimidation, a Michigan judge on Tuesday struck down a directive from the secretary of state banning the open carry of firearms at polling places on Election Day.

The Associated Press reports Michigan Court of Claims Judge Christopher Murray granted a preliminary injunction in favor of gun rights advocates who had filed a lawsuit challenging an October 16 order from Democratic Secretary of State Jocelyn Benson declaring a universal ban on the open carry of guns within 100 feet of polling places on November 3. The injunction does not apply to places such as schools or churches that already prohibit open carry.

Benson had argued that the ban was needed to deter voter intimidation in the wake of the revelation of a plot by far-right militia members—who are supporters of President Donald Trump—to kidnap Michigan Gov. Gretchen Whitmer, a Democrat.

However, Murray asserted that Benson was attempting to create a new administrative rule without following the proper procedures.

"It is important to recognize that this case is not about whether it is a good idea to openly carry a firearm at a polling place, or whether the Second Amendment to the U.S. Constitution prevents the secretary of state's ... directive," Murray wrote in his opinion.

Michigan Secretary of State @JocelynBenson was right to ban guns at the polls. They endanger our safety and our democracy. Michigan Assistant Attorney General Heather Meingast: "There are voters who are afraid. There are election workers who are afraid." https://t.co/cNIK9otnNe
— Coalition to Stop Gun Violence (@CSGV) October 27, 2020

"The court's duty is not to act as an overseer of the [Michigan] Department of State, nor is it to impose its view on the wisdom of openly carrying firearms at polling places or other election locations," wrote Murray. "More importantly its constitutional role is properly limited to only declaring what the law is, not what it should be."

"The secretary just didn't do this in the right way and at the right time," Murray said, adding that if she wanted to ban open carry at polling places she "should have done this months ago."

The Detroit Free Press reports state Assistant Attorney General Heather Meingast countered that concerns regarding guns at polling places weren't as prevalent months ago as they are now, especially in light of the plot to kidnap the governor. Meingast said that now "there are voters who are afraid, there are election workers who are afraid."

"As the state's chief elections officer, I have the sworn duty to protect every voter and their right to cast the ballot free from intimidation and harassment," Benson said. "I will continue to protect that right in Michigan."

Armed far-right groups including the Oath Keepers and Q-Anon conspiracists have said they will heed Trump's call for an "army" of supporters to "go into the polls and watch very carefully," which many observers say is nothing less than an endorsement of—if not a rallying call for—illegal voter intimidation.

Steven Gardiner, a scholar at the progressive think tank Political Research Associates, told The Guardian earlier this month that "the militias will absolutely seize on" Trump's comments.

"The possibility of armed factions with military-style rifles showing up at polling places is very troubling," Gardiner said.