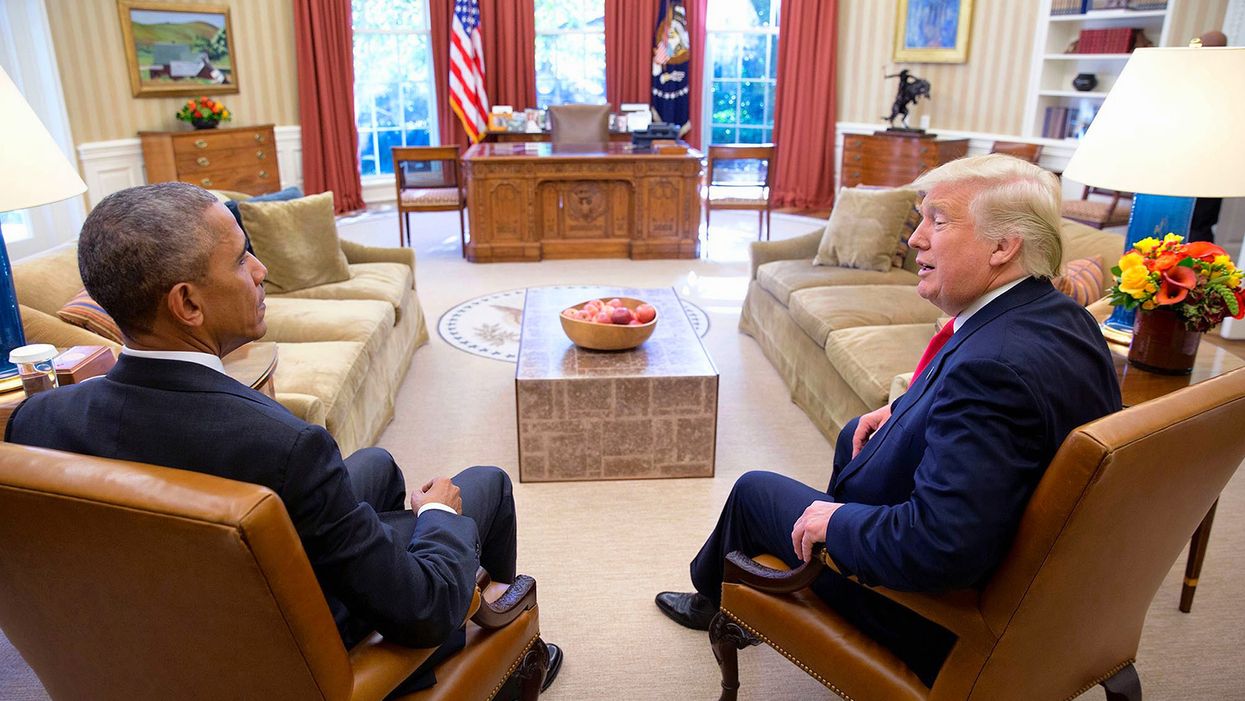 Former President Barack Obama was in Florida on Tuesday campaigning for the Biden-Harris ticket. It's Obama, a man who is already a great orator, and after three and a half years of Donald Trump, it's like listening to Moses. Fox News as well as other news outlets covered the speech. This meant that there was a good chance that Donald Trump may or may not know about it happening. There was a good chance Trump saw some of it.

Let's see what Trump is thinking about right now: "Now Fox News is playing Obama's no crowd, fake speech for Biden, a man he could barely endorse because he couldn't believe he won. Also, I PREPAID many Millions of Dollars in Taxes." I guess we know what he's doing to lead our country into 2021.

At one point, Obama went in on Trump directly, pointing out Trump's insistence that Lesley Stahl was really tough on him and 60 Minutes was just too tough for him to deal with are sort of sad. I mean, that's some high-level snowflake stuff. "Our current president whines that 60 minutes is too tough. Do you think he will stand up to dictators? He thinks Lesley Stahl is a bully."

Then Obama went in on Trump's biggest supporters: foreign dictators.

BARACK OBAMA: Just yesterday he said that Putin of Russia, Xi of China, and Kim Jong-Un want him to win. We know! We know because you have been giving them whatever they want for the last four years. Of course they want you to win. That's not a good thing. You shouldn't brag about the fact that some of our greatest adversaries think they'd be better off with you in office. Of course they do. What does that say about you? I mean, think about that. Why are you bragging about that? Come on!

Obama went on to point out that a Joe Biden-Kamala Harris administration would, at the very least, be so much less exhausting since they would just be doing the job and not tweeting ridiculous things all the time. Specifically, Obama highlighted how desensitized we have all gotten as Trump has retweeted conspiracy theories that include the idea that Seal Team Six didn't in fact kill Osama Bin Laden.

Donald Trump had been tweeting all morning, and as we wrote above, was literally hate-tweeting Obama and Fox News at the same moment that Obama was criticizing him for tweeting instead of doing something productive in his role as head of the executive branch of our government.

Obama takes Trump's lack of leadership to task and his penchant for bizarre conspiracy theories youtu.be