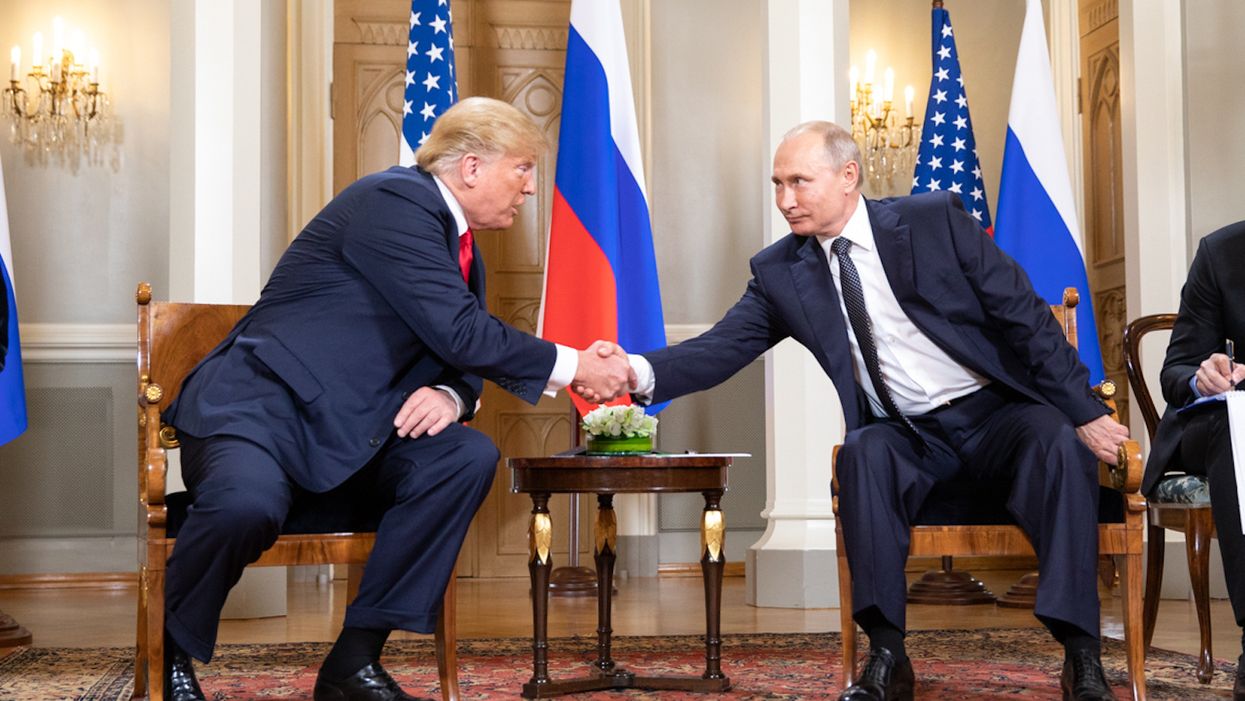 The revelation is in keeping with Russia's stated goal of undermining confidence in the U.S. elections system.

"The discovery of the hacks came as American intelligence agencies, infiltrating Russian networks themselves, have pieced together details of what they believe are Russia's plans to interfere in the presidential race in its final days or immediately after the election on Nov. 3," the Times reports.

"Officials did not make clear what Russia planned to do, but they said its operations would be intended to help President Trump, potentially by exacerbating disputes around the results, especially if the race is too close to call."

For months Trump has been sowing seeds to allow himself and his supporters to claim the election was not free or fair, repeatedly calling it "rigged."

Just out: Some people in the Great State of North Carolina have been sent TWO BALLOTS. RIGGED ELECTION in waiting!
— Donald J. Trump (@Donald J. Trump)1600366725.0

The Times claims there is "no evidence that the Russians have changed any vote tallies or voter registration information."

But experts say this isn't over.

"This could be the reconnaissance for disruptive activity," says John Hultquist, the director of threat analysis at the security firm FireEye.

"American officials expect that if the presidential race is not called on election night, Russian groups could use their knowledge of the local computer systems to deface websites, release nonpublic information or take similar steps that could sow chaos and doubts about the integrity of the results, according to American officials briefed on the intelligence."