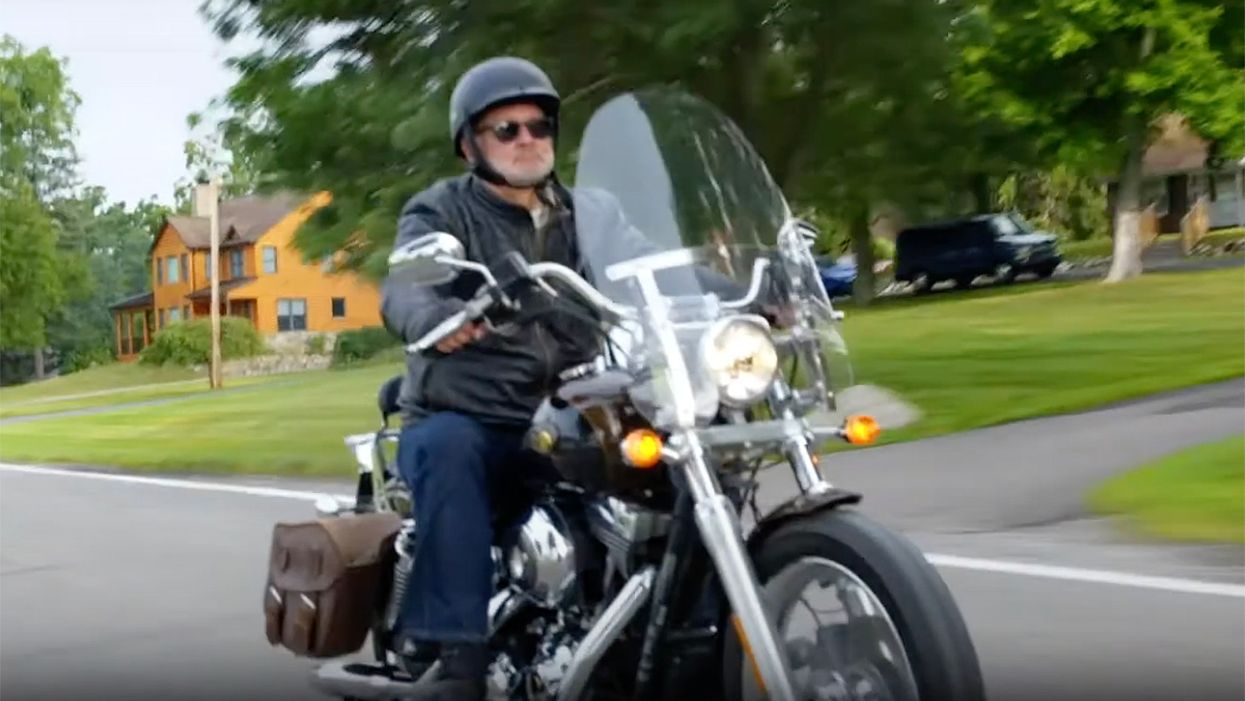 If Judge Amy Coney Barrett, a far-right social conservative, is confirmed to the U.S. Supreme Court by the Republican-controlled U.S. Senate, it is entirely possible that the Roe v. Wade ruling will be overturned. Roe, in 1973, legalized abortion nationwide in the United States — and if the High Court rules that Roe was wrongly decided 47 years ago, abortion's legality could once again be determined on a state-by-state basis. Sen. Gary Peters, a centrist Democrat who is running for reelection in Michigan, has shared his own personal experience with abortion with Elle Magazine's Laura Bassett — and according to Peters, an abortion might have saved his wife's life.

Peters told Bassett that having an abortion back in the late 1980s isn't something that his wife, Heidi Peters, planned on.

"In the late 1980s in Detroit, Peters and his then wife, Heidi, were pregnant with their second child, a baby they very much wanted," Bassett explains. "Heidi was four months along when her water broke, leaving the fetus without amniotic fluid — a condition it could not possibly survive. The doctor told the Peters to go home and wait for a miscarriage to happen naturally."

But the miscarriage didn't happen at home, and Heidi Peters was readmitted to the hospital. Because the fetus had no chance of survival and her health was in a danger, a doctor recommended an abortion. Heidi Peters was in danger of losing her uterus and losing her life if a uterine infection became septic, but the hospital didn't allow abortions.

"The mental anguish someone goes through is intense, trying to have a miscarriage for a child that was wanted," Sen. Peters told Bassett.

The senator recalled that his wife's doctor tried to get the hospital's board to make an exception to its anti-abortion policy since her life was in danger, but the board wouldn't budge.

Sen. Peters told Bassett, "I still vividly remember he left a message on the answering machine saying, 'They refused to give me permission, not based on good medical practice, simply based on politics. I recommend you immediately find another physician who can do this procedure quickly.'"

Thankfully, Heidi Peters was able to get into another hospital right away because the couple was friends with its chief administrator, and an abortion was performed that saved her from losing her uterus and possibly prevented her death. Heidi Peters told Bassett, "If it weren't for urgent and critical medical care, I could have lost my life."

Sen. Peters explained why he was willing to publicly discuss his wife's experiences after all these years.

"It's important for folks to understand that these things happen to folks every day," Sen. Peters told Bassett. "I've always considered myself pro-choice and believe women should be able to make these decisions themselves, but when you live it in real life, you realize the significant impact it can have on a family."

If Roe v. Wade is overturned by the U.S. Supreme Court, it wouldn't automatically mean the end of legal abortion in the United States. But it would mean that abortion would become illegal in some states while remaining legal in others. Abortion might remain legal in New Mexico, for example, but become illegal across the state line in Texas. And with the Senate confirmation hearings for Barrett set to begin on Monday, October 12, Peters is hoping that others will come forward and discuss their personal experiences with abortion.

"It's important for folks who are willing to tell these stories to tell them, especially now," Peters told Bassett. "The new Supreme Court nominee could make a decision that will have major ramifications for reproductive health for women for decades to come. This is a pivotal moment for reproductive freedom."