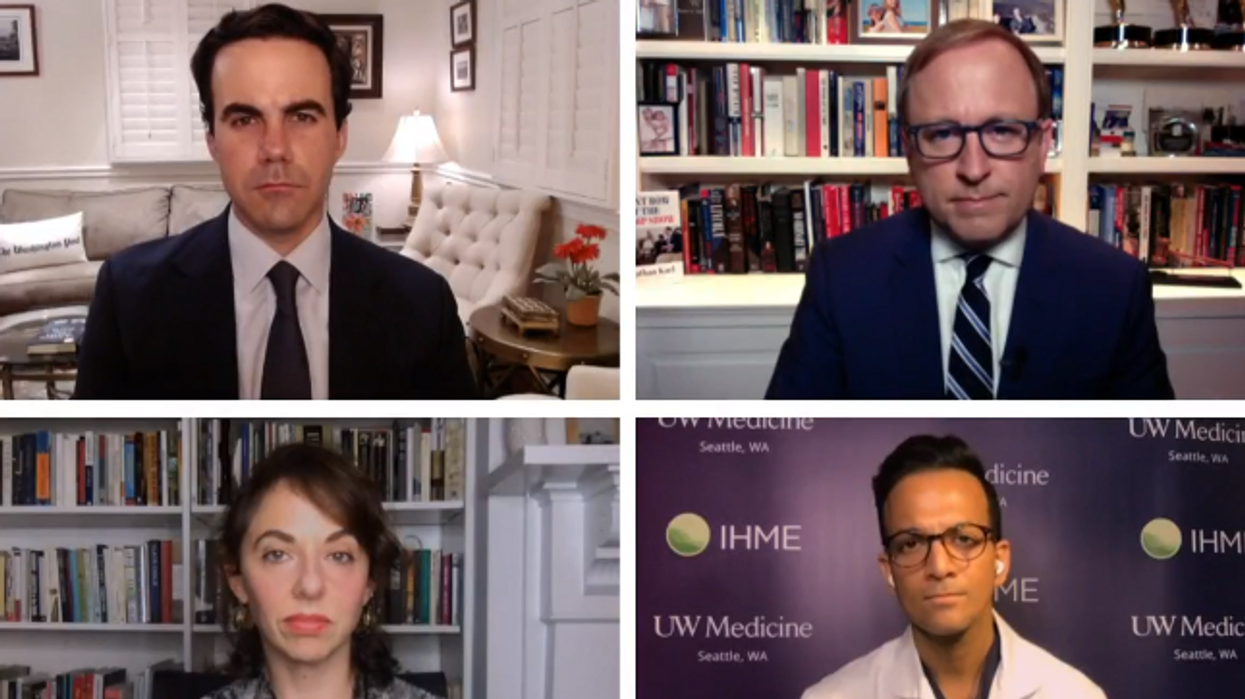 Medical experts are raising serious questions about President Donald Trump's health as the White House scrambles to justify many of the speculative decisions being made.

During a panel discussion on MSNBC, multiple medical experts weighed in on Trump being treated with Remdesivir and Regeneron. Although its not uncommon for patients to be treated with Remdesivir, what is uncommon is the use of it for mild symptoms which the White House has claimed the president has. The use of Regeneron has also raised concerns due to the lack of evidence to prove its effectiveness.

Since the White House has remained opaque about the president's condition, medical experts are not sure he is doing as well as officials claim he is. Dr. Vin Gupta, MSNBC Medical Contributor weighed in with his concerns about the choice of treatment.

"There's what we see which is a president on that short video which suggested... he looked pretty good," one of the doctors said, admitting he was "encouraged" by that. "What's a little puzzling and I've gotten some push back on this from supporters of the president which is this notion of why he is getting the antibody cocktail from Regeneron."

He continued, "Why are they giving him... he is the first person outside of a cellular protocol — a cellu-protocol from Regeneron that only has less than 300 patients enrolled. to receive this experimental drug. Why are they doing that?"

Although Trump appeared physically fine, The Washington Post is reporting that the abrupt decision to move the president to Walter Reed Medical Center was done for the purpose of optics. The publication reports that the president was moved while he could still walk.

"As Trump's condition deteriorated during the day Friday, the president and his team ultimately made the decision to send him to Walter Reed preemptively — and, from a public relations perspective, when he was still able to walk to Marine One on his own, according to one outside adviser in frequent contact with White House officials. They feared the possibility of a further decline, and what that might mean, both for the president's health and his political optics." - The Washington Post

The president is said to have a fever, shortness of breath, and fatigue which are all common coronavirus symptoms.