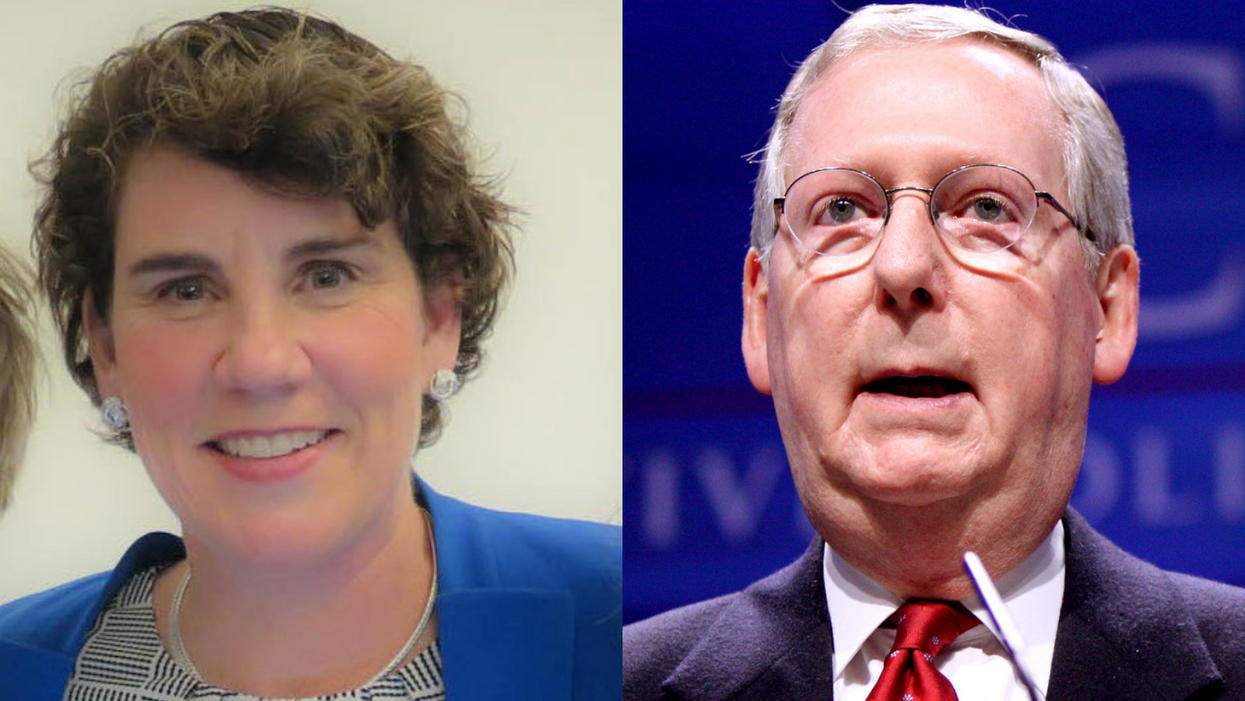 In addition to that request, McGrath also challenged McConnell to take a COVID test at least once a week due to him being a public servant in close contact with White House officials and Kentucky residents. However, McConnell is pushing back against both requests.

Mitch continues to meet with Kentuckians face-to-face & potentially expose them to a deadly virus but won’t say if… https://t.co/xQRbpi0KkS
— Amy McGrath (@Amy McGrath)1602022780.0

The Kentucky lawmaker released a statement in response to McGrath's request. While taking a dig at his opponent, McConnell insisted that he would rather take the advice of his own doctor. He also alluded to McGrath's suggestion as being "erratic and uninformed campaign rhetoric."

"I'm unaware where Amy McGrath went to medical school, but I take my health care advice from my doctor, not my political opponent. At the end of the campaign season, it's imperative for all of us to tune out erratic and uninformed campaign rhetoric and make health care decisions for ourselves based on CDC guidance and our health care professionals," McConnell said in a statement.

Despite McConnell's claim that he does follow the guidelines laid out by the (CDC), McGrath still insists Republican lawmakers' actions prove they still do not take the pandemic seriously.

"We are in the brink of a constitutional crisis, with our president and members of Congress now infected with a potentially deadly disease, and McConnell still isn't taking this seriously," said McGrath. "We are scheduled to take the stage together for a debate in a week, and he must get tested and release the results the day of the debate at the very least. It is just basic respect to those working to get this debate done safely."

McGrath and McConnell's verbal exchange comes just days after the reported coronavirus outbreak at the White House. Now, multiple Senate Republicans have tested positive for the coronavirus and even McConnell admitted that there have been "risky behaviors" at the White House. However, it is still unclear whether or not McConnell will agree to McGrath's request ahead of their scheduled debate.