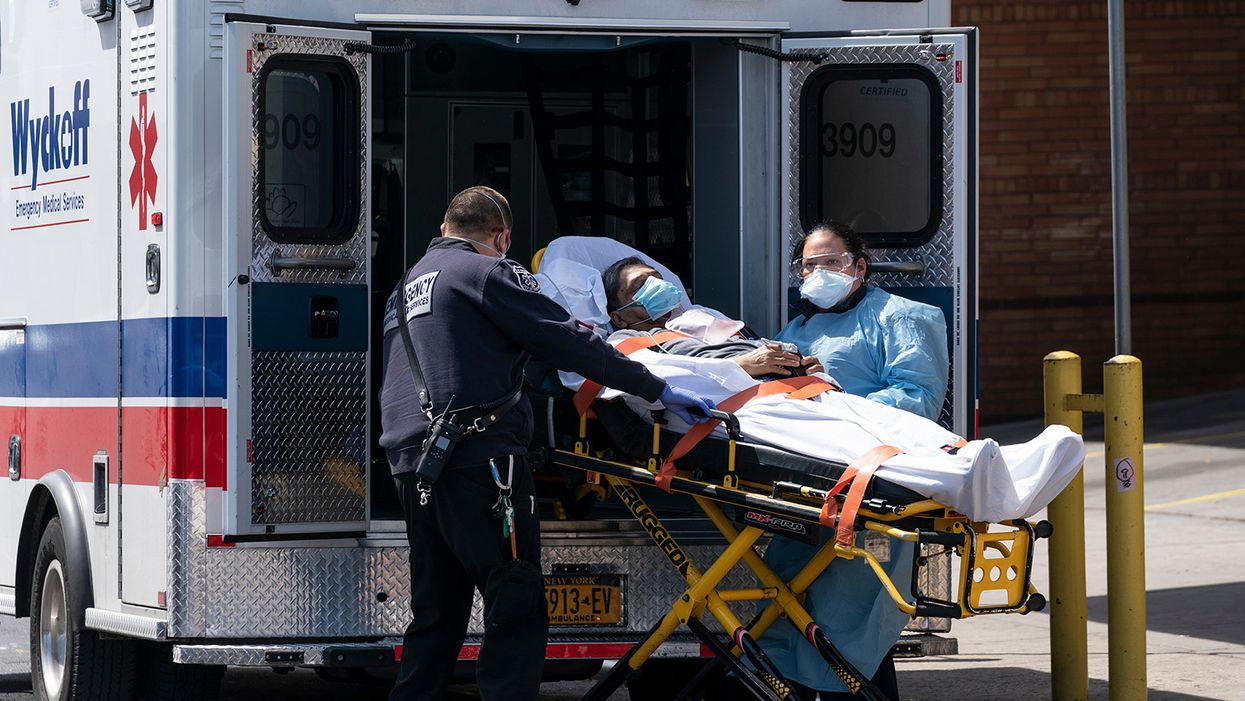 The Department of Health and Human Services has nearly turned into a ghost town, Politico's Dan Diamond reports, quoting a number of HHS staff who are discouraged, disheartened, and looking for the exits. It's not just the incessant infighting between heavyweights Secretary Alex Azar and Centers for Medicare and Medicaid Services head Seema Verma. It's not just month eight of a pandemic they've completely botched. It's the losing battles on all fronts, including the great likelihood that Trump is not going to be back in office next year.

At least 27 high-level political appointees are gone already, and if Trump loses, dozens will bail, a senior official told Diamond. That would leave the nation to face what could be the worst three months of the pandemic, November until the end of January, without a functioning health department. "There will be a mass exodus should the election go" against Trump, the official said. They warned that some of the dozens of political appointees still there are busy trying to line up their next job. "I've personally seen people working on their resumes inside the office," the official added. "It's no secret."

"Those jobs are always hard. Those jobs in a no-win situation are extremely hard. Those jobs in a no-win situation, when there's sniping and 'Lord of the Flies' situations, are impossible," said a different former senior official who left in the last year. The departures already include "the Centers for Disease Control's chief of staff, deputy chief of staff and a senior counselor to CDC Director Robert Redfield; the Food and Drug Administration's top policy official, its top legislative official, top communications official and a senior adviser to FDA Commissioner Stephen Hahn; and the Centers for Medicare and Medicaid Services' chief of staff and top communications officer." Even the liaison office at the White House which coordinates the hiring of political appointees has been rocked with turnovers—twice since February.

Trump's efforts to erode the federal workforce by imposing political and loyalty litmus tests has been harmful across the government. But HHS has been in the spotlight all year because of the pandemic and Trump's many, many missteps, conflicting orders, and vast incompetence. "It's pretty shitty to come to work and be accused of meddling every single time something, somewhere goes wrong, even when no political [appointee] knows about it," one official told Diamond.

These political officials—appointed by Trump—are officially off the Trump ship. "Three Trump appointees who left HHS this year told POLITICO that they're planning to vote for Democratic nominee Joe Biden, with two saying that Trump's haphazard approach to the coronavirus was a factor in their decision." One of them told Diamond, "I've never voted for a Democrat for president, but Biden hit the sweet spot. I know he's not too far left and he understands how to make government work. […] And I know he'll never make fun of [Anthony] Fauci in public."

Many are looking for work now, before it all falls apart, because they think they'll be tainted by having worked for Trump in this disaster—a Democratic White House and Senate will put them entirely on the outs when it comes to policy, because they've been pushing such a hardcore, anti-Obamacare line for so long. "'Trump health official' already gives people a certain impression, and that's with the president in office," a former official who left for an outside job this year said, adding that trying to find a job with any of the national healthcare associations would be a "likely non-starter" after the election.

On top of all of this, two key officials who have been prominent in Trump's criticisms—FDA Commissioner Stephen Hahn and CDC Director Redfield—could be leaving any day now, quitting before Trump fires them. "When you speak to folks 1-on-1, it's pretty clear that everyone has their mindset to 'we're on the way out,'" said one official who's already working on their exit strategy.