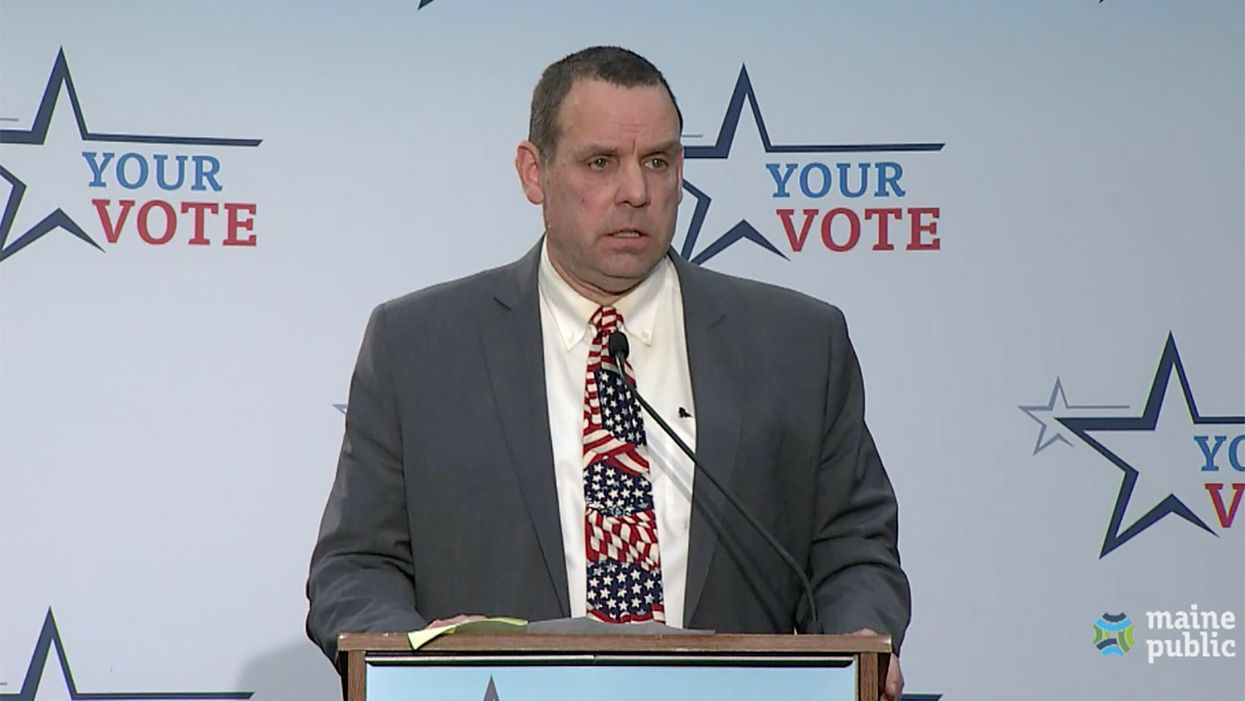 Incumbent Democrat Chellie Pingree of Maine is facing Republican challenger Jay Allen, for her 1st District seat in a couple of weeks. On Tuesday night, the two faced off in a debate. Many issues were covered in the debate: public health, where Allen blamed nursing homes for not following the "rules" of public health, while also trying to say that mandating mask wearing was not a good public health policy. Rep. Pingree mentioned that wearing a mask was, at the very least, "a benevolent act for everyone else," and wondered aloud why anyone would refuse to wear one anyway. She also explained that the concept of "low risk," during these times is relative and therefore mask wearing is very important for everyone to participate in.

This was the tenor of the First Congressional District Debate. Oh, Jay Allen also wore a tie with an American flag pattern all over it, talked about creating a social security sliding scale that would get rid of some people's social security benefits, and was not able to give an actual replacement solution to getting rid of the Affordable Care Act. Super classy stuff. But this was all overshadowed when race and law enforcement's relationship to race came up.

Allen began by bringing up some tangled sentence about law enforcement personnel having Black friends and other white people have Black friends. Seriously. The point was that we already have laws that say you cannot discriminate against Black people and so there isn't systemic racism. "People in general are not racist." He then blamed issues in the Black community on homes "without fathers." An old, factually incorrect, and racist trope. Then moderators asked about "qualified immunity" laws that give law enforcement blank checks to brutalize citizens with impunity.

Rep. Pingree explained that there are inequities in our society that fall along racial lines and to deny that is a non-starter in trying to fix it. She spoke about the need for programs that helped disadvantaged groups of citizens and her support for a task force that would look into modifying "immunity laws" for police as they frequently become great obstacles in investigations of police malfeasance and accountability.

Allen wanted to jump in to give his two-racist cents and talk about how police are awesome and … that, I guess? He then explained that there are programs for disadvantaged groups already. He must be talking about the ones that Republican politicians in Maine have been attacking and cutting funding from for about a decade. He then went on to give what is arguably the most concise racist logic about law enforcement's use of violence against Black people you will ever read. When asked if what he was basically saying was that Black people are more likely to be shot by police because Allen thinks the Black family unit has eroded, Allen went full-blown bananas cuckoo clock.

Everyone took a slight pause there, trying to compute the confusing racist man with the American flag tie. Later on Allen called into question the science behind climate change. Just more of the Grand Old Party's stale greatest hits.