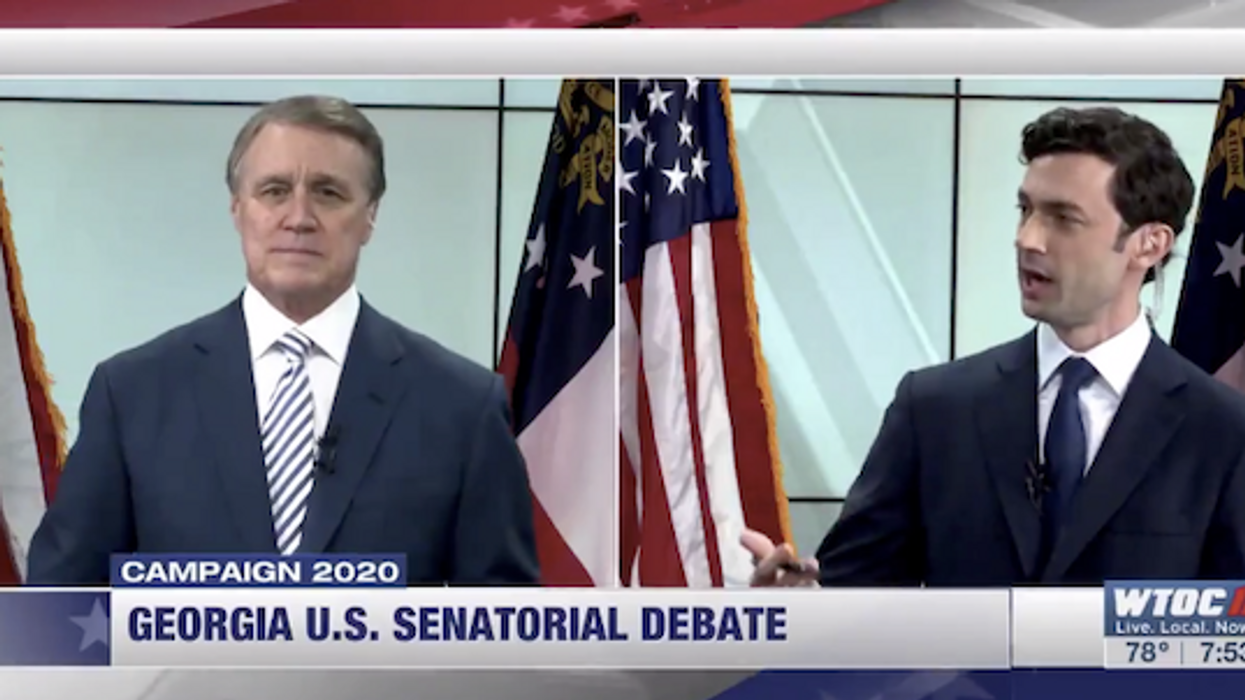 Although Georgia is still a red state, Democratic candidates have been surprisingly competitive in the state's two U.S. Senate races this year — just as former Vice President Joe Biden has been quite competitive in the 2020 presidential race. One of Georgia's Democratic Senate candidates is Jon Ossoff, who gave his GOP opponent, incumbent Republican Sen. David Perdue, absolute hell in a debate held on Wednesday night, October 28. And a clip of that debate has gone viral, receiving a staggering 6 million views overnight.

Ossoff didn't hesitate to play hardball during the debate. Slamming Perdue's response to the coronavirus pandemic, Ossoff told his opponent, "Well, perhaps Sen. Perdue would have been able to properly respond to the COVID-19 pandemic if you hadn't been fending off multiple federal investigations for insider trading. It's not just that you're a crook, senator; it's that you're attacking the health of the people that you represent."

Ossoff went on to note how Trumpian Perdue's response to the pandemic has been. Like President Donald Trump, Perdue has downplayed the severity of the pandemic — which, according to Johns Hopkins University in Baltimore, has killed more than 1.1 million people worldwide and over 227,700 people in the United States.

The Democrat told Perdue, "You did say COVID-19 was no deadlier than the flu. You did say there would be no significant uptick in cases. All the while, you were looking after your own assets and your own portfolio — and you did vote four times to end protections for preexisting conditions. Four times. And the legislation that you tout, the Protect Act — it includes loopholes that specifically allow insurance companies to deny policies to Georgians with preexisting conditions."