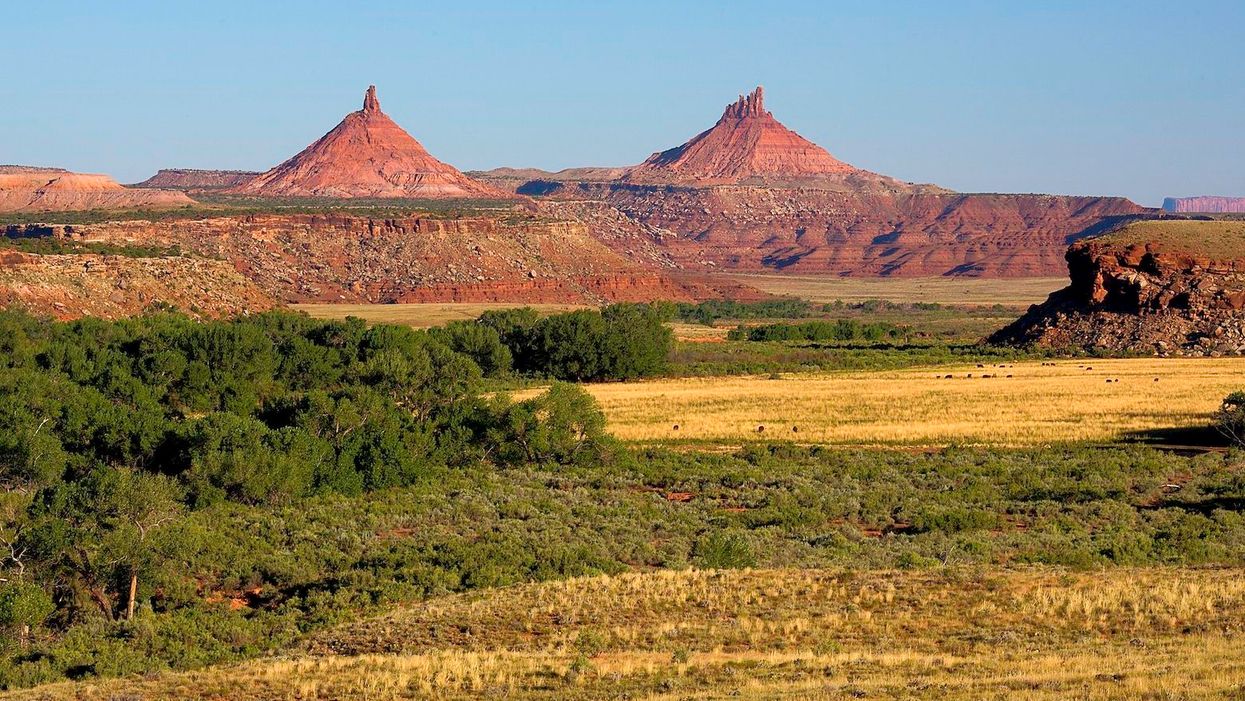 The op-ed was written by Shannon Holsey, president of the Stockbridge-Munsee Tribe, and Leonard Forsman, chairman of the Suquamish Tribe. And in the piece, they lay out some reasons why a Native American should be chosen as Interior Department secretary.

"The United States plays an enormous role in setting climate, natural resource and environmental policies that impact the entire planet," Holsey and Forsman explain. "Perhaps no federal agency has a greater share of that role than the Department of the Interior. The Department of the Interior manages nearly one-fifth of the land in the United States, regulates oil and gas extraction across the country and off our coasts, manages the delivery of water for farmers and ranchers across the country, and is the home of the U.S. Geological Survey — which gathers and analyzes data related to climate change."

Holsey and Forsman go on to point out that the Department of the Interior manages national parks and monuments as well as wildlife refuges — all of which are of great importance to Native Americans.

"The Department performs functions in every aspect of tribal affairs except health care — from education to law enforcement, social services, economic development and natural resources," they note. "Yet, the Department of the Interior has never been led by a Native American, and it is long past time for that to change."

Holsey and Forsman describe some of the challenges Native Americans face.

"From melting permafrost in Alaska and rising sea levels in coastal tribal communities in Maine and the Pacific Northwest, to droughts and deadly wildfires across the West, Indian tribes have been the first Americans to feel the effects of climate change," the tribal leaders observe. "We have been living with the consequences of federal climate and environmental policy for decades. Yet, we have rarely been represented at the table when federal officials have decided our fate."