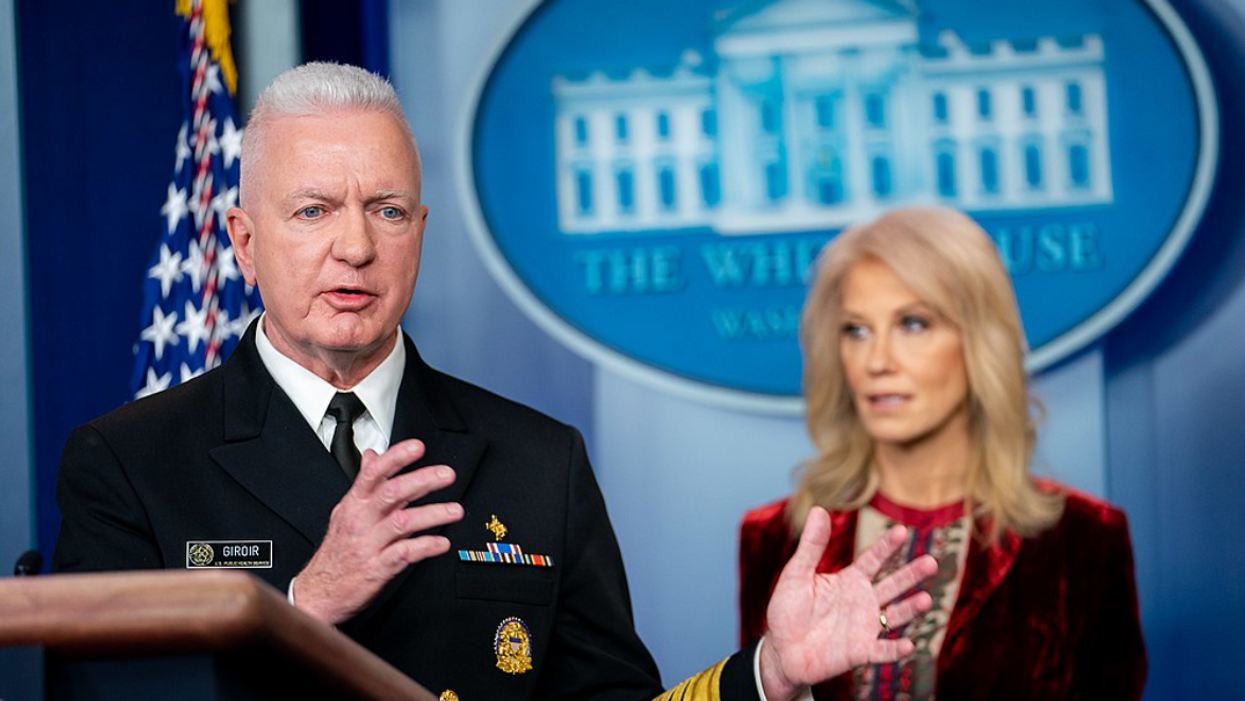 Admiral Brett Giroir, Assistant Secretary for Health at the Department of Health and Human Services (HHS) pushed back against President Donald Trump on the coronavirus pandemic as he warned about the current uptick in cases.

During a Wednesday appearance on "The Today Show," Giroir refuted Trump's claim about the United States "rounding the curve" on coronavirus. He offered a clear breakdown as he noted that the increase in cases is more than just "a function of testing."

"It's not just a function of testing," Giroir told host Savannah Guthrie. "Yes we're getting more cases identified, but the cases are actually going up, and we know that too because hospitalizations are going up[…]Those are real. And we do know deaths are increasing, unfortunately."

"So we do assess that the cases are actually going up," he added.

Giroir's latest remarks come amid Trump's repeated attempts to downplay the severity of the coronavirus outbreak. Even after being caught on tape admitting to investigative journalist Bob Woodward that he purposely downplayed the virus and contracting COVID himself, the president is still spreading lies on the pandemic.

In fact, Trump on Monday tweeted a false claim he has made on multiple occasions. Once again, the president claims cases are on the rise because of increased testing. Trump also attempted to blame the media.

"Cases up because we TEST, TEST, TEST. A Fake News Media Conspiracy. Many young people who heal very fast. 99.9%. Corrupt Media conspiracy at all time high," he tweeted. "On November 4th., topic will totally change. VOTE!"