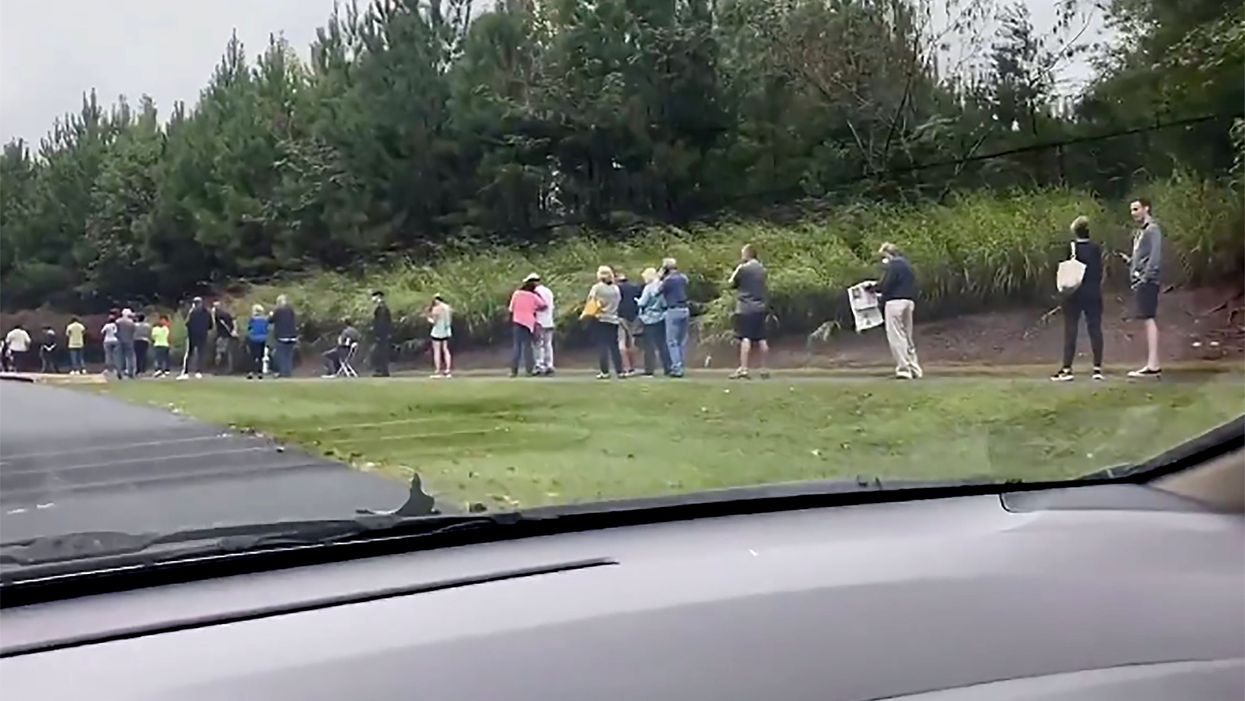 On Monday, a video that showed residents of Gwinnett County, Georgia outside Atlanta waiting in an insanely long line to vote inspired a lot of complaints that there should have been more polling places open. But that video also showed how enthusiastic Georgia residents were about early voting. And according to Associated Press reporter Kate Brumback, the heavy voter turnout in Georgia on Monday was historic.

Brumback, however, also reports that some Georgia voters were irate on Monday when they "turned up…. only to find their county offices closed for the Columbus Day holiday." For example, Brumback notes, "Effingham County resident Tony Grimes told WTOC-TV he took the day off work to vote and was frustrated to find the door locked at the county's main elections office."

Brumback notes that the heavy turnout on Monday included Fulton County, which Atlanta is a part of. The AP reporter observes, "In Fulton County, the state's most populous county, close to 20,000 people voted in person on Monday — second only to the last day of early voting in 2016, when about 26,000 voted, county elections director Rick Barron told reporters. County election officials expect that more than 30,000 people will show up for the final day of early voting this year, and Barron encouraged people to vote on other days to avoid long lines."

Tuesday morning on MSNBC's "Morning Joe," host Joe Scarborough pointed out that some voters in Georgia were, on Monday, willing to wait in line up to 11 hours — which the Never Trump conservative and former GOP congressman stressed, showed serious "determination." And one of the guests on "Morning Joe," liberal Washington Post columnist Eugene Robinson, viewed the long lines in and around Atlanta as bad news for President Donald Trump.

Although Georgia is a light red state at this point, Atlanta Proper is largely African-American and heavily Democratic — and the Atlanta suburbs have been trending more Democratic in recent years. Polls have been showing the presidential race to be surprisingly close in Georgia, with Trump slightly ahead in some polls and former Vice President Joe Biden slightly ahead in others. And Robinson pointed out that all those voters waiting in line in the most Democratic parts of Georgia were likely to be Biden voters.

Robinson told Scarborough, "I would be very nervous if I were with the Trump campaign."