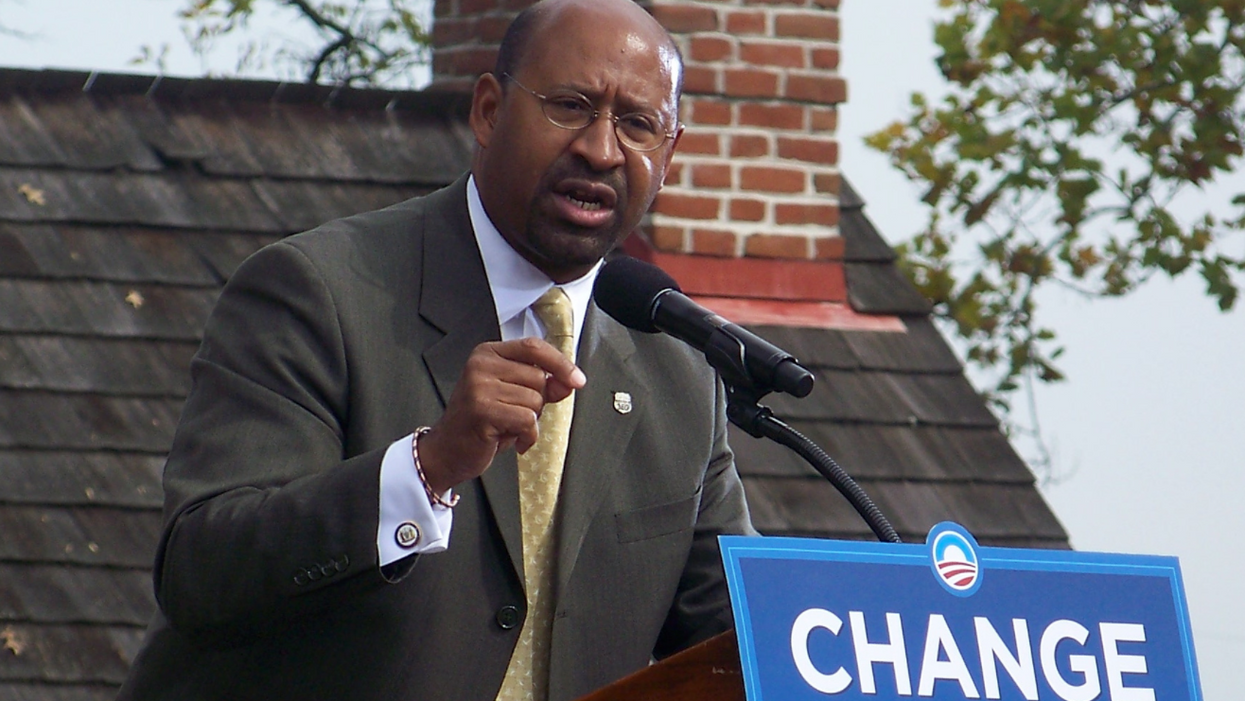 Nutter penned an op-ed for CNN laying out the contrasts between Biden and President Donald Trump as he highlighted several reasons why he believes Pennsylvania residents are supporting Biden. Although it is no secret that Biden is a native of Scranton, Penn., he emphasized that the former vice president "understands and shares our values of hard work, facing tough times with resolve and being decent and kind to neighbors and strangers alike."

"Biden has put forward his vision for rebuilding our economy by "Building Back Better," another comprehensive and logical plan to get the country's economy moving quickly and safely."

The former Democratic mayor also reflected on all that has transpired over the last several months as he criticized President Donald Trump's handling of the pandemic, along with his administration's impact on the country. Nutter also expressed concern and contempt over the Trump administration's repeated attempts to dismantle the Affordable Care Act and its provisions protecting Americans with pre-existing conditions.

"So many Pennsylvanians know that President Donald Trump has failed miserably in handling the Covid-19 pandemic -- in our cities, suburbs and rural areas," Nutter wrote. "They know that our health care systems are stretched to capacity, and in many areas of the state, vital care is far away from the people who need it most."

He added, "Trump is even using the courts right now to try to take away or destroy the Affordable Care Act and its provisions that protect people with pre-existing conditions. People in Pennsylvania are smart enough to know that Trump and his campaign are spreading propaganda about this issue."

Nutter also touched on the differences in Biden and Trump's views where race relations are concerned. Noting the principles Pennsylvania is founded upon, Nutter highlighted the state's "principles of tolerance for others and an acceptance of people for who they are -- regardless of station in life, background, religion or race."

He wrote, "A significant component of the movement to abolish slavery was started in PA, and the Quaker mindset of tolerance and acceptance still remains in the hearts and minds of many Pennsylvanians."

However, Nutter believes Trump's focus is on fueling division and discourse by perpetuating fear among minorities while insisting systemic racism does not exist.

"Trump has done virtually everything possible to show disdain, antagonize and to create fear within Black and Latino communities and among all people of color in America," Nutter wrote. "Rather than trying to address systemic racism in America, Trump denies that it exists."

According to Nutter, the state of Pennsylvania has already had four years to evaluate Trump's leadership and many residents are interested in electing a president that is "strong, serious, stable and secure leadership in a president. Someone they can trust, who actually has values."

He is confident Biden is the right presidential candidate for the job.

Nutter concluded, "Biden -- smart, down-to-earth, empathetic, kind and serious about helping others -- is the leader that Pennsylvanians want to guide them into a better future."