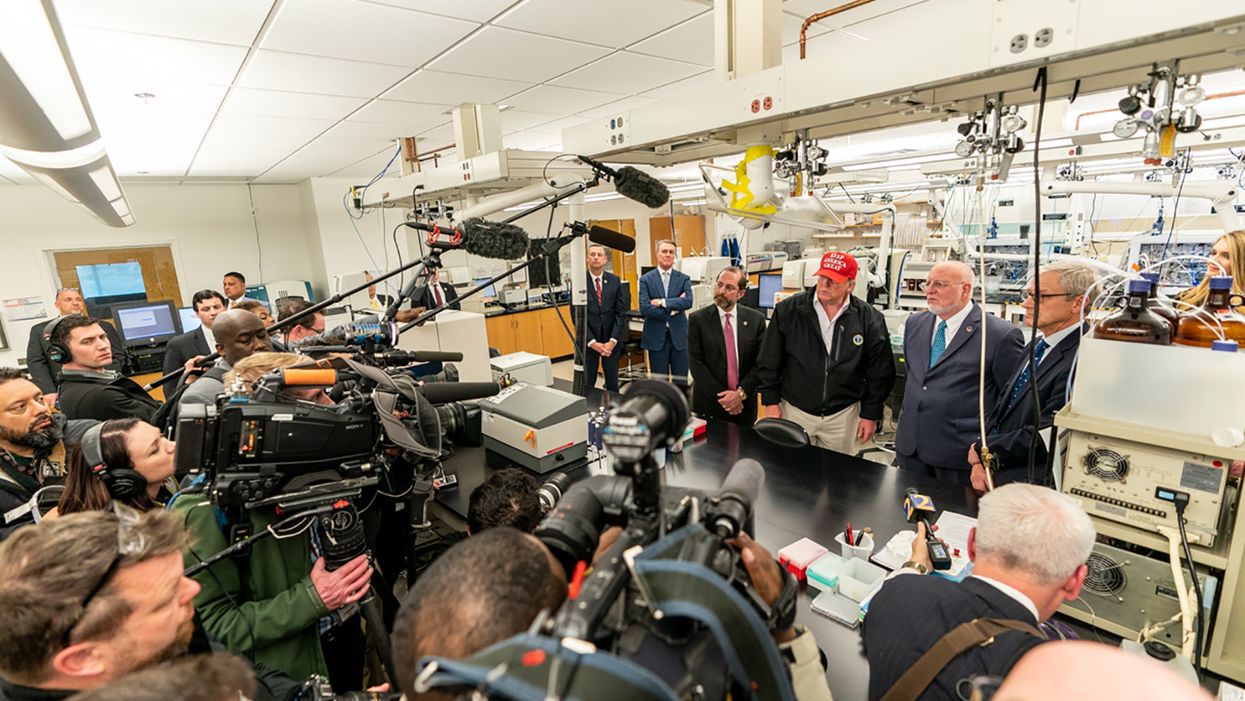 President Donald J. Trump, joined by the Secretary of Health and Human Services Alex Azar, left, Dr. Robert R. Redfield, director of Centers for Disease Control and Prevention, and Dr. Stephan Monroe, associate director of the CDC, right, listens to a reporter's during a visit to the Centers for Disease Control and Prevention Friday, March 6, 2020, in Atlanta. (Official White House Photo by Shealah Craighead)
Brad Reed
and
Raw Story
October 22, 2020

A top epidemiologist on Thursday delivered a brutal epitaph to President Donald Trump's handling of the novel coronavirus pandemic, which has killed over 220,000 Americans in just eight months.

Appearing on CNN, University of Nebraska Medical Center's College of Public Health dean Dr. Ali Khan pointed to new research from Columbia University claiming that over 100,000 Americans could still be alive today if the United States had enacted stronger measures to control the spread of the virus.

"We always had the tools to get this disease contained," he said. "And if we had used those public health tools — and not just at the national level, but the national, state, and local level — we would have had a marked decline in deaths, anywhere from maybe 10,000 to… 160,000 deaths. So, there's a whole lot of people who are dead in America. That was completely preventable."

He then looked at responses to the disease around the world and said the United States really stood out for being disastrous.

"There's no doubt, this is the worst case of public health malpractice we've ever seen in this nation," he said. "If we had followed the path of South Korea, Thailand, Taiwan, Singapore, Hong Kong, Uruguay, Uzbekistan, Rwanda — I mean, I can go all over the world of countries with excellent leadership… using tools that we have that have protected their populations."