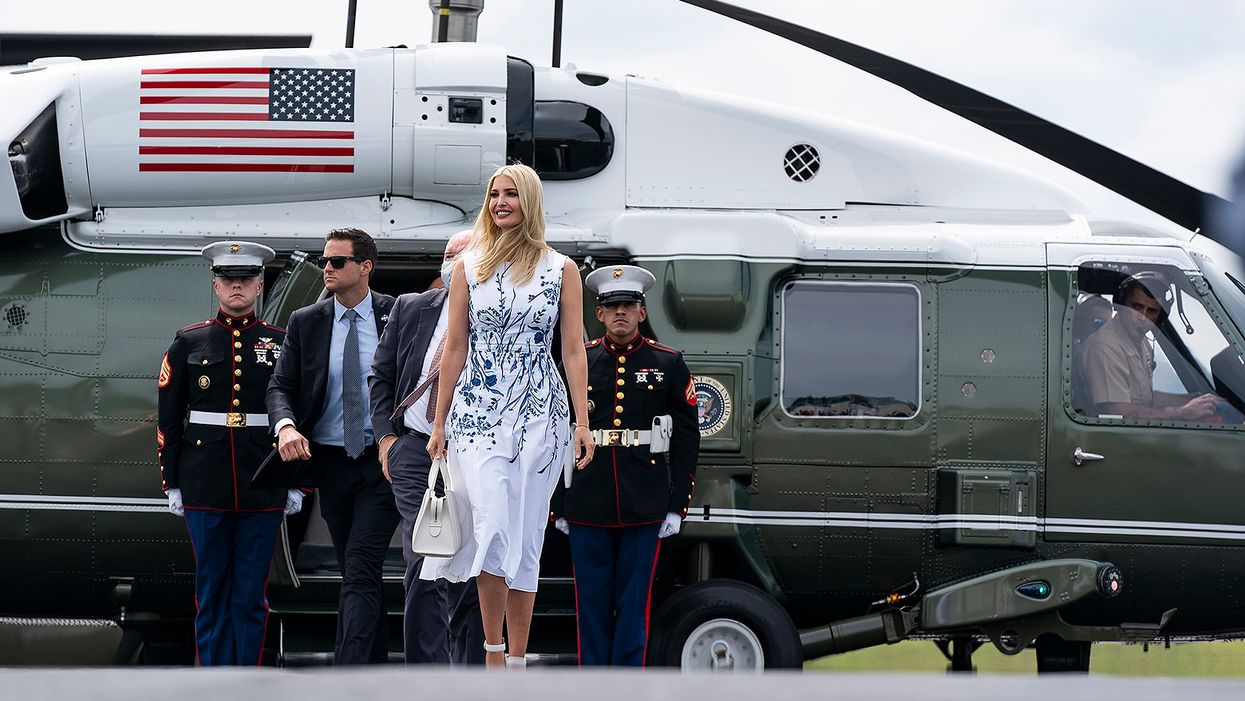 Suburban women used to be a major asset for the Republican Party. Former Pennsylvania Gov. Tom Ridge performed much better in the Philadelphia suburbs during the 1990s than he did in Philadelphia Proper; suburban women, from Orange County to La Jolla to Glendale and Burbank, played an important prominent role in many GOP victories back when California was still a red state. But during the Trump era, many suburban women have been leaning Democrat — and the GOP's problems with suburban women are the focus of new articles by The Atlantic and Politico, which reports that President Donald Trump's reelection campaign is hoping that his daughter, White House Senior Adviser Ivanka Trump, can win over suburban women for the president.

Journalist Elaine Godfrey, in The Atlantic, discusses a new generation of suburban female activists —who, she stresses, are working hard to get Trump voted out of office. In her article, headlined "Revenge of the Wine Moms," Godfrey explains, "These women aren't just expressing their outrage by voting in high-stakes national elections; they're funneling their energy toward a collection of smaller targets, including statehouse races, local party organizations and school boards. And all of this activism has the potential to shape American politics in a much more significant way than their biennial votes."

However, Godfrey wonders how long this "zealous engagement" of suburban women will last. Godfrey asks, "Is America entering a new age of activism — or is all of this just a Trump-era blip?"

Godfrey notes that in Ohio, one group of anti-Trump suburban female activists is GrassRoots Resistance, which was formed in late 2016 after Trump won the election. That anti-Trump group has since "grown to 150 members," according to Godfrey.

"They've channeled their energies toward fundraising and door-knocking for candidates, and they've given themselves hand cramps writing hundreds upon hundreds of get-out-the-vote postcards," Godfrey says of GRR. "For many of the GRR women, the group served as a kind of gateway drug, introducing them to other political projects of varying magnitude. A handful of members joined — and remade — the Ward 17 Club; others signed up for the League of Women Voters."

Godfrey also points out that "some on the political left have dismissed these women, many of them white, as 'wine moms' or 'MSNBC moms' — silly, unprincipled newcomers to the political scene who are more interested in watching Rachel Maddow with a glass of pinot in hand than agitating for systemic change. Black women in particular have been organizing for decades, forming the backbone of the Democratic Party. Where were the wine moms in 2016, leftists wonder, when 53% of white women supported Donald Trump?"

But the Atlantic journalist adds, "What the critics may be missing, though, is the scope of these women's influence — and their role in strengthening the Democratic Party's infrastructure. Despite the fact that most Democrats are concentrated in urban areas, resistance groups have sprung up all over the country, from the Arizona desert to rural Pennsylvania."

In the 2018 midterms, suburban women played a major role in the blue wave that gave Democrats a majority in the U.S. House of Representatives — and journalist Anita Kumar, in Politico, reports that President Trump's reelection campaign is hoping that Ivanka Trump will be able to help the GOP win back some of the suburban women who have been voting Democrat.

"In the past six weeks, Trump has made personal appeals for her father at 17 campaign stops, engaging in intimate question-and-answer sessions where she tells stories about the president," Kumar explains. "She's made stops at local businesses to pose with children in Halloween costumes. She's bought cider and doughnuts. She's rolled out bread for baking. It's the traditional politicking that is hard to imagine coming from any other Trump family member, let alone President Donald Trump himself."

Ivanka Trump has had a softer, very different tone from her father or her combative, snarky brother, Donald Trump, Jr. — who is wildly popular with the president's far-right MAGA base but repulses moderates.

"(Ivanka's) brothers, Donald Trump Jr. and Eric Trump, and her sister-in-law, Lara Trump, are mostly sent out to throw red meat to Trump's conservative base," Kumar observes. "So, Ivanka Trump has become the de facto head of the eleventh-hour campaign to appeal to swing voters — specifically, the white college-educated women who helped propel the president's come-from-behind victory in 2016."

Ivanka Trump has been campaigning for her father in a long list of battleground states, from Arizona to Pennsylvania to Florida. But Debbie Walsh, director of the Center for American Women and Politics at Rutgers University in New Jersey, has her doubts about how effective it will be with the suburban women President Trump has been alienating.

Walsh told Politico, "The reality is that women voters are looking at the substance of what's happened It's kind of late, three weeks out, to try suddenly to be having a different tone and tenor. I don't think she alone can make up for what these women have been seeing the last four years."