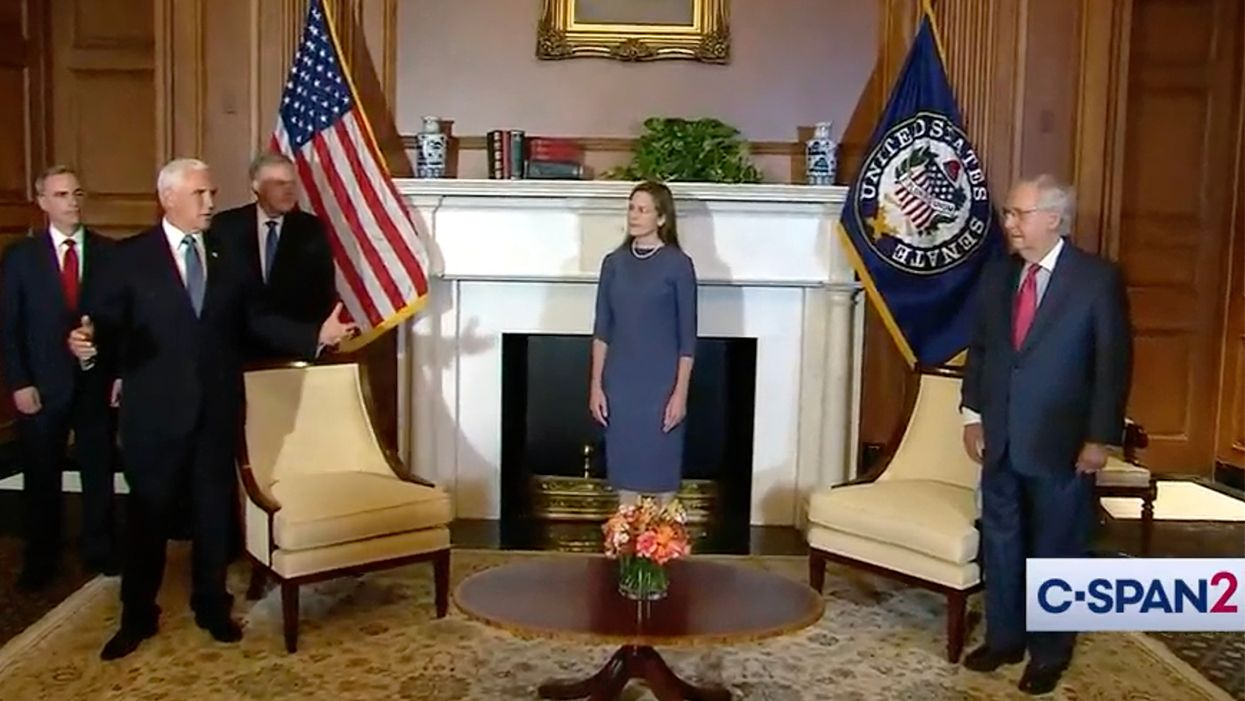 Republicans on Saturday blocked Senate Minority Leader Chuck Schumer's attempt during a rare weekend session to force consideration of a $2.2 trillion coronavirus relief bill as the GOP rushed ahead with its effort to confirm right-wing judge Amy Coney Barrett to the Supreme Court just before the November election.

After a speech decrying the Barrett confirmation process as "a very dark moment for the Senate," Schumer requested unanimous consent for the chamber to take up a revised version of the HEROES Act that the Democrat-controlled House passed earlier this month. Senate Majority Leader Mitch McConnell (R-Ky.) has refused to allow a Senate vote on the bill despite growing suffering across the nation and warnings that failure to approve additional spending could cause lasting damage to the economy.

If passed, the legislation would restore the $600-per-week federal unemployment boost Republicans allowed to expire in July, send another round of $1,200 stimulus checks to most Americans, and provide much-needed aid to state and local governments.

"It's an outrage that Senate Republicans are ramming through a radical Supreme Court nominee who will strip healthcare from 23 million Americans during a pandemic while doing nothing to provide economic relief to millions of working-class Americans who desperately need our help," Sen. Bernie Sanders (I-Vt.) said Saturday.

Watch the Senate session, which came 48 hours before the chamber is expected to hold a final vote on Barrett's confirmation:

After Republicans blocked the HEROES Act, Senate Democrats requested unanimous consent for consideration of a slew of additional bills that McConnell has "consigned to his legislative trashcan," including measures that would expand voting rights and reform law enforcement. Republicans denied each request.

"Two hundred twenty thousand Americans have died from Covid, but the Senate GOP only seems to care about forcing Trump's nominee through an illegitimate process," Schumer tweeted Saturday.

Vanita Gupta, president and CEO of the Leadership Conference on Civil and Human Rights, applauded Democrats' efforts, writing that the public "should remember what McConnell is ignoring as he jams through an anti-civil rights SCOTUS justice."

"Remember: McConnell has the Senate in session right now to rush through Barrett's nomination," Gupta tweeted. "Not to pass real Covid relief, or police reform, or voting rights bills. He isn't working for the people. He is working to stack the courts and entrench power. That's it."