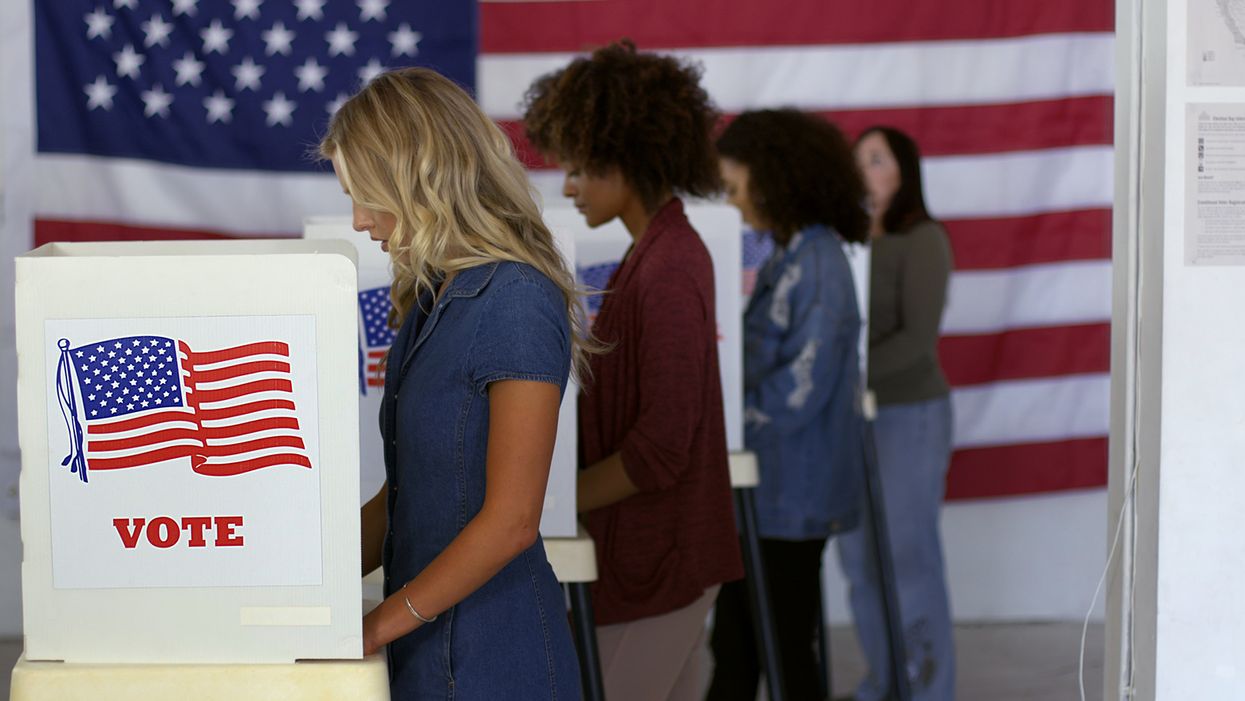 At a Friday night rally, Republican President Donald Trump talked about his attempts to have "poll watchers" in the swing state of Pennsylvania, an attempt that a local court recently ruled as illegal.

"I think we're leading everywhere," Trump said at the rally. "We think in Pennsylvania doing great. We got to be very careful Philadelphia. They play games in Philadelphia, and they won't let us watch the count in Philadelphia… So we're watching Philadelphia."

Trump then told his White House Chief of Staff Mark Meadows to "please watch Philadelphia … because I don't like what I'm hearing about Philadelphia…. I don't like what I see going on in terms of what's gone on over the past, and probably what's going on. Think of it. They fought like hell that we can't watch them. Count the vote, what's wrong with watching? why can't we have poll watchers? And so we're in court right now poll watches in Philadelphia. But we're doing great in Pennsylvania, gotta watch Philadelphia."

First off, the so-called poll watchers are needless seeing as there's zero evidence of voter fraud at polling places, so Trump's "watchers" are little more than intimidators meant to make Democratic voters nervous.

Second off, it's not Meadows' job to handle poll monitoring, election monitors or lawsuits. The White House Chief of staff serves as a "liaison among members of the President's cabinet and the White House [and is] is responsible for directing, managing and overseeing all policy development, daily operations, and staff activities for the President."

Third off, on Friday, local Judge Gary Glazer ruled that the Trump campaign's attempt to have poll-watchers at the state polls isn't allowed under state law. The Trump campaign had sent unauthorized poll watchers into satellite poll offices where local election officials register voters and help people fill out their mail-in ballots, but the officials kicked the watchers out.

Trump said his watcher should be allowed to monitor such offices, but a bipartisan Philadelphia City Commission said that the satellite locations don't qualify as official polling stations and therefore don't qualify as a place allowed by state law to have poll watchers. Judge Glazer agreed.

On September 27, Politico wrote that Trump had hired dozens of lawyers from three major law firms and recruited thousands of volunteer attorneys to contest election results in 17 key states considered vital to his re-election.

In response, Biden campaign spokesperson Michael Gwin told the publication, "The Biden campaign has assembled the biggest voter protection program in history to ensure the election runs smoothly and to combat any attempt by Donald Trump to create fear and confusion with our voting system, or interfere in the democratic process."