Bombshell study finds up to 210,000 Americans died of COVID because of Trump administration's ‘monumental screwup’ 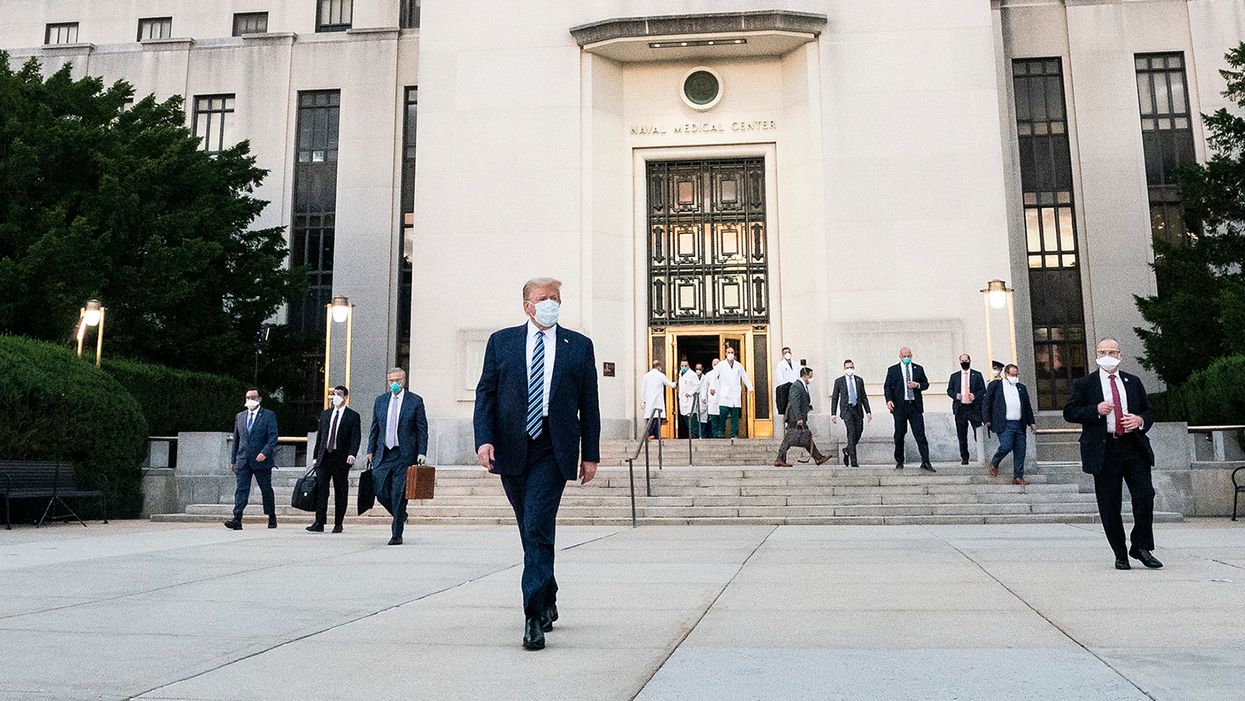 A bombshell Columbia University study finds President Donald Trump is responsible for the coronavirus deaths of 130,000 to 210,000 Americans.

"We believe that this was a monumental, lethal screwup by an administration that didn't want to deal with reality," Dr. Irwin Redlener, the lead author on the study and the founding director at Columbia's National Center for Disaster Preparedness told The Daily Beast.

The study calls Trump's response to the pandemic an "abject failure," citing "the staggering and disproportionate nature of COVID-19 fatalities in the United States."

"The inability of the U.S. to mitigate the pandemic is especially stark when contrasted with the response of high-income nations, such as South Korea, Japan, Australia, Germany, France, and Canada, as well as low- and middle-income countries as varied as Thailand, Pakistan, Honduras, and Malaysia. All of these nations have had greater success in protecting their populations from the impact of the coronavirus," researchers say in the report published Wednesday.

They note the U.S. per capita death rate is "more than fifty times that of Japan."

"If the U.S. had followed Canadian policies and protocols, there might have only been 85,192 U.S. deaths—making more than 132,500 American deaths 'avoidable.' If the U.S. response had mirrored that of Germany, the U.S. may have only had 38,457 deaths—leaving 179,260 avoidable deaths," according to the study.

The report concludes the "two major deficiencies" of "inadequate testing and insufficient contact tracing, have blunted the United States' capacity to stop the exponential spread of COVID-19."

"According to Assistant Secretary for Preparedness and Response Robert Kadlec at the Department of Health and Human Services (HHS), thousands of lives could have been saved if the White House had approved the distribution of over six million masks that were prepared for delivery in late February," the report notes.

Dr. Redlener does not mince words.

"Americans have a bad case of pandemic fatigue. We want to get back to some semblance of normalcy, but we never did what we had to do to achieve that state," Redlener told The Beast. "We've delayed the return of normalcy and fallen into this web of dishonesty and opposing science that was concocted by the president."

Redlener adds, "this incredibly anti-science administration has caused an enormous tragedy in America."