Let's admit it: Karma has finally come for Trump and his inner circle 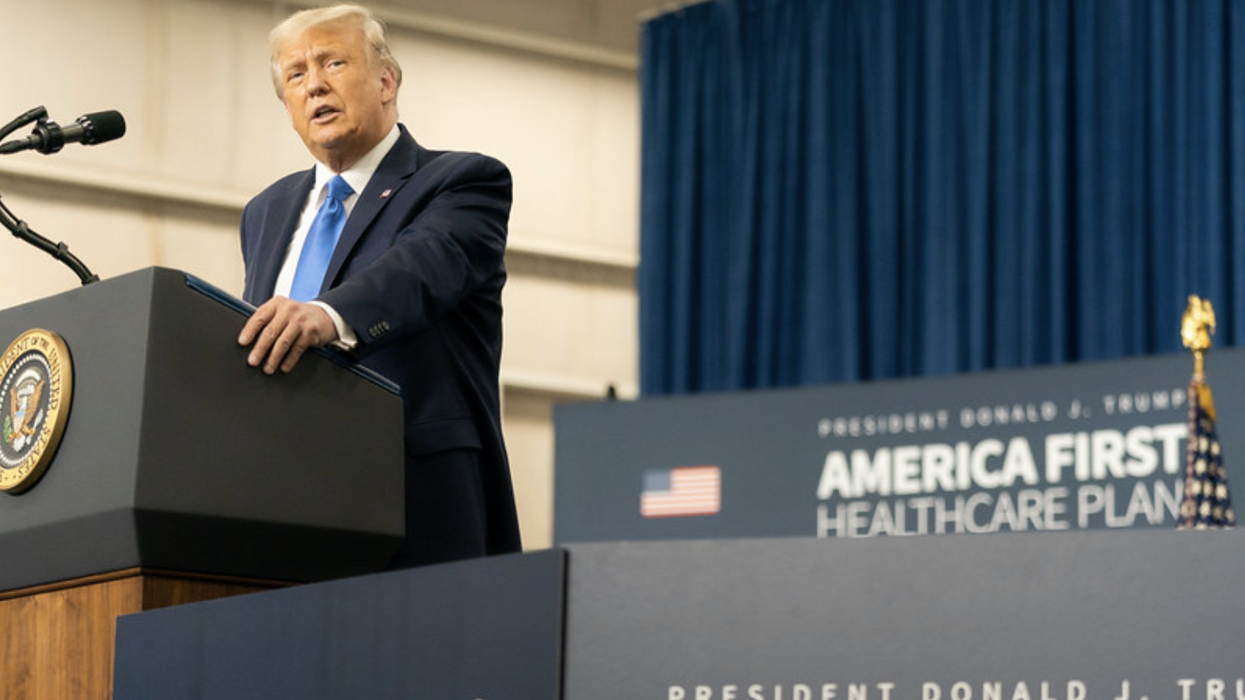 Why should anyone respect the office of the presidency when the President* consistently makes it clear that he doesn't?

The question occurred to me when I saw conservatives whining about opponents of Donald Trump indulging in some Schadenfreude on social media over the news that Donald Trump testing positive for Covid-19. "Liberals on Twitter had a chance to show the country that they were bigger than hateful, petty politics," wrote some guy at Legal Insurrection. "They had an opportunity to rise above the nastiness and division," he lamented, but "they failed." The rest of this deep post is just a bunch of embedded tweets, some by conservative anti-Trumpers and many of them obviously intended to be lighthearted.

One can debate the degree to which Trump's policy agenda has departed from Republican orthodoxy (the answer is not by much on issues other than trade). But Trump's relentlessly nasty and consistently partisan rhetoric is unlike that of any president from either party. Whether it was Reagan or Clinton or the Bushes or Obama, presidents have always communicated with the public in a professional manner and took it as a given that after an election ends, their job is to govern on behalf of all Americans. That hasn't always been entirely true, but they have always comported themselves as if it were.

Trump has spent an enormous share of his time in office insulting Democrats--and also Republicans who don't show unyielding support for him--in crude, often childish terms on Twitter. And this open, infantile contempt for the opposition isn't limited to bloviating on Twitter and in press briefings. It consistently manifests itself in policy.

Trump's supporters want to have it both ways, insisting that Trump's consistently abhorrent behavior should be ignored because it's just Trump being Trump and then turning around and demanding that we show respect for the office and conform to traditional norms of decorum. And regardless of how much hand-wringing they engage in over liberals refusal to be "bigger than hateful, petty politics," that is just not going to happen.

Of course, their rending of garments is even more dishonest in light of Trump's disastrous response to the pandemic, which has killed over 210,000 Americans, most of whom would be alive today if he had taken the threat of Covid-19 as seriously in public as he did in private conversations with Bob Woodward. This week, researchers at Cornell University released a study analyzing "38 million articles about the pandemic in English-language media around the world," and they found, as The New York Times reported, that "Trump made up nearly 38 percent of the overall 'misinformation conversation,' making the president the largest driver of the 'infodemic' — falsehoods involving the pandemic."

Trump may only suffer mild symptoms and have an easy recovery, but if he does become severely ill, it could save the lives of thousands of his supporters by signaling to them that they should take this pandemic seriously, wear a mask around others and comply with public health guidelines rather than seeing them as a nefarious plot to infringe upon their liberties. It could end up being the best thing he ever did for his base.

I'm one of those people who generally believes it to be unbecoming and bad for our democracy to revel in a political opponent's personal misfortune. But Trump has debased the presidency for four years, making it clear at every opportunity that if you do not support him than he does not work for you. His inability to care about anything but his own re-election prospects led directly to his gross negligence in responding to an outbreak that is projected to kill almost a quarter-million Americans by Election Day. For these reasons, it's OK to ignore the concern trolls and appreciate the karma of Trump and his inner circle contracting the disease that they've so recklessly tried to ignore.