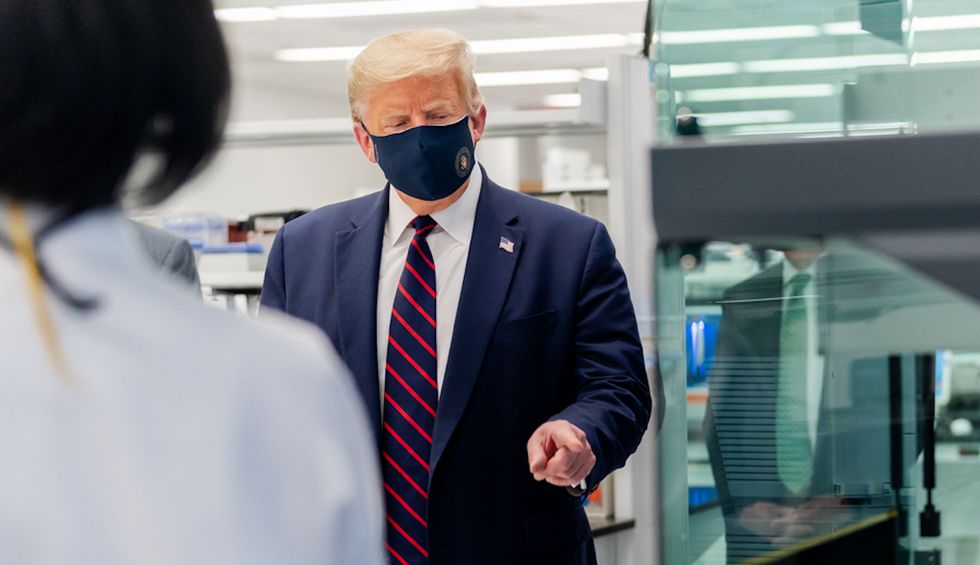 President Donald Trump was in Philadelphia on Tuesday, September 15 for an ABC News townhall event that was moderated by George Stephanopoulos—and less than 24 hours after that event, CBS News reported that a White House staffer had tested positive for COVID-19. However, the CBS affiliate in Philadelphia, CBS Channel 3, said that the person was “not associated with” Trump’s visit to Pennsylvania’s largest city, where the townhall was held at the National Constitution Center.

On Wednesday, September 16, Trump confirmed that a staffer had been infected with COVID-19 but did not say who the person was. Trump told reporters, “I heard about it this morning at a very small level…. Last night, I heard about it for the first time, and it’s a small number of cases.”

At a White House press conference on September 16, White House Press Secretary Kayleigh McEnany was asked about a report that another White House staff member had tested positive for COVID-19 earlier in the day — and she told reporters, “I don’t share people’s personal medical information.”

McEnany also said, “We’re not going to confirm the identities.”

Pennsylvania is a key battleground state that has 20 electoral votes, and some recent polls have shown former Vice President Joe Biden with only a narrow single-digit lead over Trump in the Keystone State.