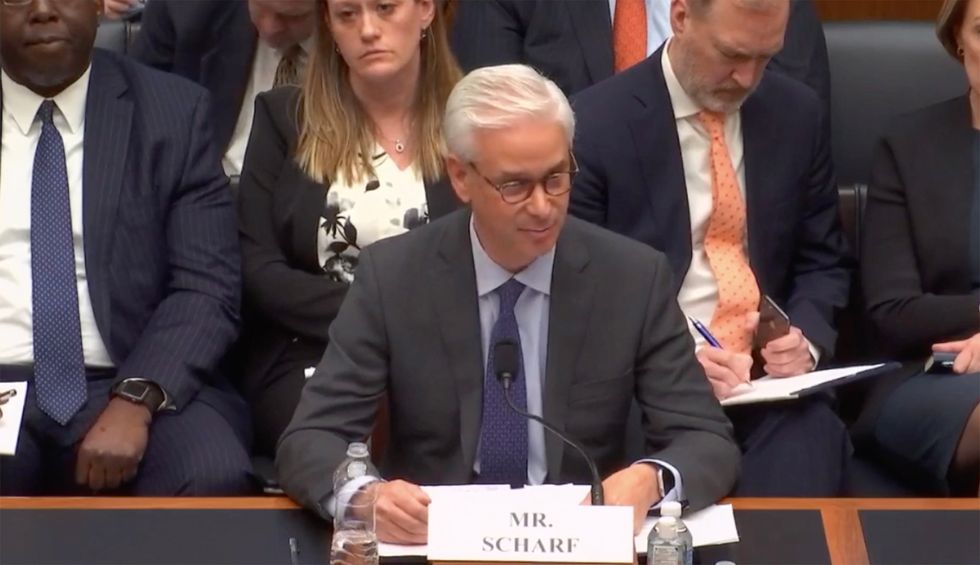 Protests for racial justice within law enforcement has brought to light, once again, our country’s systemic issues of racism. These issues are baked into the fabric of our society, and while many people are focused on defunding and reforming our police departments, others are focused on the white supremacy baked into our economic system. The need for diversity within the workforce goes hand in hand with the need to change the culture of our state and federal agencies.

Wells Fargo Chief Executive Charles Scharf finds himself being exposed. According to Reuters, the banking CEO has balked repeatedly over calls for the company, guilty of hundred of billions of dollars worth of fraud, to meet diversity goals within the company. The protests that began shortly after the publicized deaths of George Floyd, Ahmaud Arbery, and Breonna Taylor put more internal pressure on people like Scharf to answer for Wells Fargo’s lack of progress in its hiring practices. In a June memo, Scharf reportedly wrote that, “While it might sound like an excuse, the unfortunate reality is that there is a very limited pool of black talent to recruit from.”

The blowback from this report has been predictable. Like many things the “smartest guys in the room” say, when pulled into the light, it doesn’t usually sound very smart because it isn’t. Scharf was justifiably dragged around online Tuesday, after reports of his comments and a general dissatisfaction with the bank’s progress were reported.

"There is an amazing amount of Black talent out there," said Ken Bacon, a former mortgage industry executive who is on the boards of Comcast Corp, Ally Financial Inc and Welltower Inc. "If people say they can't find the talent, they either aren't looking hard enough or don't want to find it."

Most of the big banks in the country, like most big businesses, promote all kinds of pleasant platitudes to the public but are also frequently unwilling to allow the public to see their actual numbers. The numbers that companies like Wells Fargo do share with the public are not particularly great which does not imbue one with a lot of confidence in their veracity. In December of 2019, Wells Fargo gave out a little information on its workforce makeup, and the results were … disappointing.

Wells Fargo, which has nearly $2 trillion in assets, told shareholders that women and minorities at “levels 2-4” had reached 41 percent and 19 percent of its workforce, respectively. The categories aren’t explained, and Wells Fargo didn’t offer more insight into its racial makeup. At The Post’s request, it released percentages but not the raw data it reports to the government. The data shows that women made up 24 percent of the bank’s senior workforce in 2015, rising to 31 percent last year. Black employees made up 8 percent of senior roles, falling to 4.1 percent in 2018.

Wells Fargo employs somewhere around a quarter of a million people. Its senior staff and Board of Directors is mostly white and male. Are they trying to diversify? To various degrees most businesses are at least publicly saying they are trying. But the proof is in the pudding as they say, and until companies begin achieving larger diverse staffs, they will and should continue to be held accountable for their failures to do so.

The fact is, Scharf’s comments are insensitive and do not add up. For someone whose job it is to technically count and hold onto people’s money, he does not seem to care about looking into the numbers. According to the Economic Policy Institute, in 2019, “Black workers are twice as likely to be unemployed as white workers at almost every education level.” That means that there is “talent” out there; In fact, there’s a very good chance that that Black talent is looking for work from people like Charles Scharf.

On Wednesday, Scharf released a statement apologizing for his reported comments. “There are many talented diverse individuals working at Wells Fargo and throughout the financial services industry and I never meant to imply otherwise. Across the industry, we have not done enough to improve diversity, especially at senior leadership levels.”

It’s important to note here that this is the problem. People like Scharf’s insistence on bogus and racist wisdom that there just are less qualified candidates that are Black, or brown, or women or trans is simply a justification for the racist and sexist culture in their workplace. It self perpetuates, and fuels a perception that any and all people who are not white who end up working in higher positions of power are “diversity hires.”

Systemic racism exists at all levels of our country. However, we have an enormous country, with hundreds of millions of people. The fact, that the top levels of our businesses do not reflect the country at large is not only the result of a weeding problem of racially and economically stratified opportunity; It’s a top down effort to keep things the way people in power want them to be, homogeneous. It is a cultural and racial version of trickle-down economics.