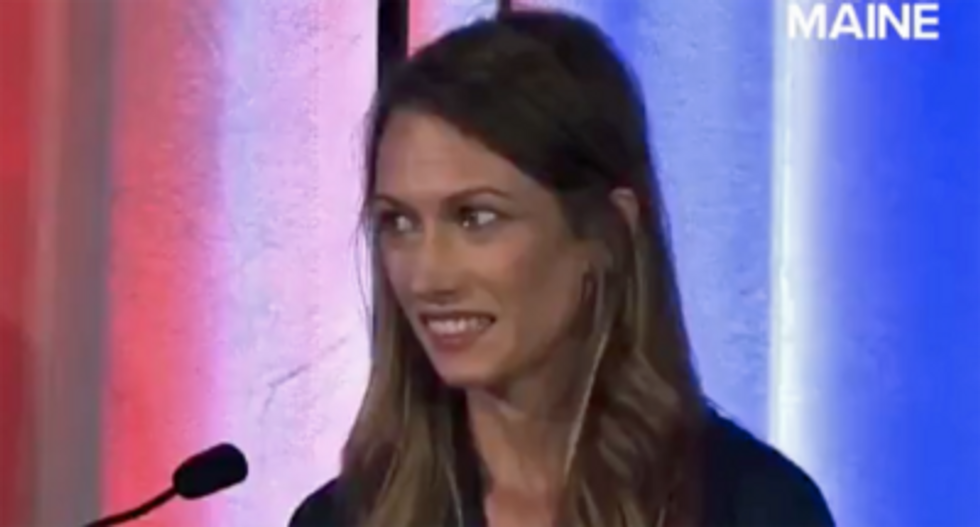 Things got weird during a campaign debate among Sen. Susan Collins (R-ME) and the candidates seeking to replace her.

One of the candidates on stage was independent candidate Max Linn, who supports President Donald Trump.

"How would you ensure that everyone who needs health care has access to it and can afford it?" Linn was asked.

Linn replied that he had to be different and said he was going to put the question aside.

"I would ask that you stick with the question," the moderator replied.

As Linn rambled on, a second debate moderator interrupted to try and keep the discussion to the topic at hand.

"Request denied again," Linn responded, as he went on to praise the moderators.

He also said he doesn't want to be judged on his answer.

Linn's answer received a great deal of discussion online, here's some of what people were saying:

I don’t know anything about Max Linn, but he seems like the type of person who would get into a drunken argument wi… https://t.co/JuwCxsRoyv
— Justin Franz (@Justin Franz) 1599871394.0

Max Linn declares he won't answer questions as asked, as part of his strategy. I didn't know you could do that. #mepolitics
— Mike Tipping (@Mike Tipping) 1599865687.0

Max Linn was annoying but it seems to have worked. He got the most Google searches out of all the candidates tonigh… https://t.co/iJ5nkBDI0B
— Jessy Han (@Jessy Han) 1599869026.0