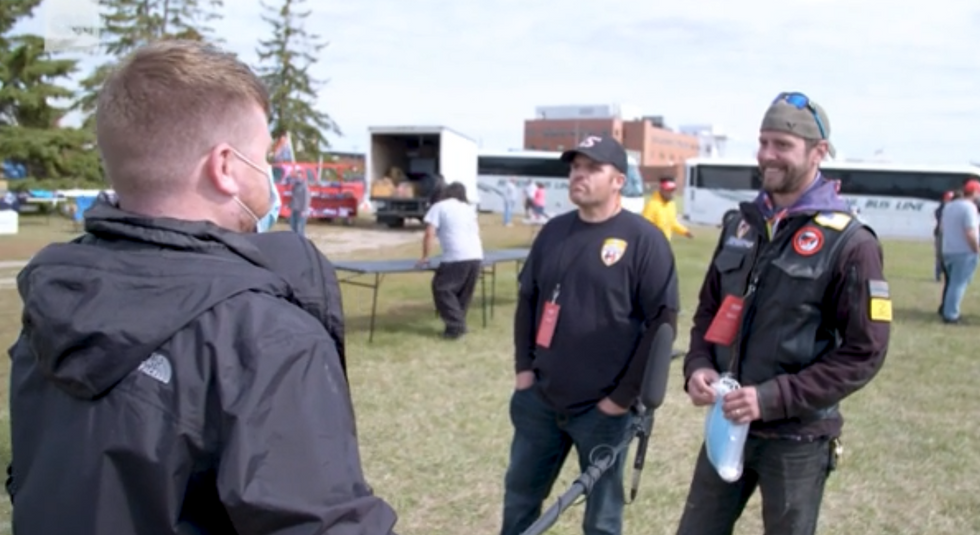 Disturbing footage of President Donald Trump's supporters being confronted with hard facts shows just how damaging the president's manipulation is for the American public.

Although Trump has defended his circulation of inaccurate and manipulated content as humorous, his supporters often believe the things he says regardless of how outlandish his claims may be.

CNN reporter Donie O'Sullivan traveled to Minnesota ahead of Trump's recent rally. He spoke with several of the president's supporters asking them about the posts they see on their Facebook feeds. Most agreed the vast majority of the information they view is based on right-wing media. When asked about Democratic presidential nominee Joe Biden, one of Trump's supporters ultimately pointed to a doctored clip of him appearing to fall asleep on-air during an interview.

When O'Sullivan noted that the footage was doctored, the Trump supporter argued that it did not look doctored, in his opinion. O'Sullivan proceeded to show the man the original video compared to the manipulated media. Initially, the man was apprehensive simply because the video was refuted by The Washington Post, but once he realized the video had been doctored, he had very little to say. He still insisted the video gave him a good laugh but also admitted that learning the truth still did not change his opinion of Biden.

We went to a Trump rally to ask people what they see in their Facebook feeds. You can watch the full video here:… https://t.co/fKdgLNHRaf
— Donie O'Sullivan (@Donie O'Sullivan)1600979690.0

Other Trump supporters were also asked about the things they see on their social media feeds. They immediately insisted the fact-checkers are more favorable to liberals whom he described as the "the real liars."

As Election Day approaches, the president, his campaign, and various other conservative and right-wing groups have shared different types of doctored media to justify their baseless claims. From Trump's "Sleepy Joe Biden" claims to his war on "blue states" and factual media, countless ads and videos circulating on Facebook and Twitter have been slapped with fact-check disclaimers. However, that still hasn't stopped Trump supporters from believing his claims.