Violence studies expert: The essence of Trump's dangerousness is the effect he has on his followers 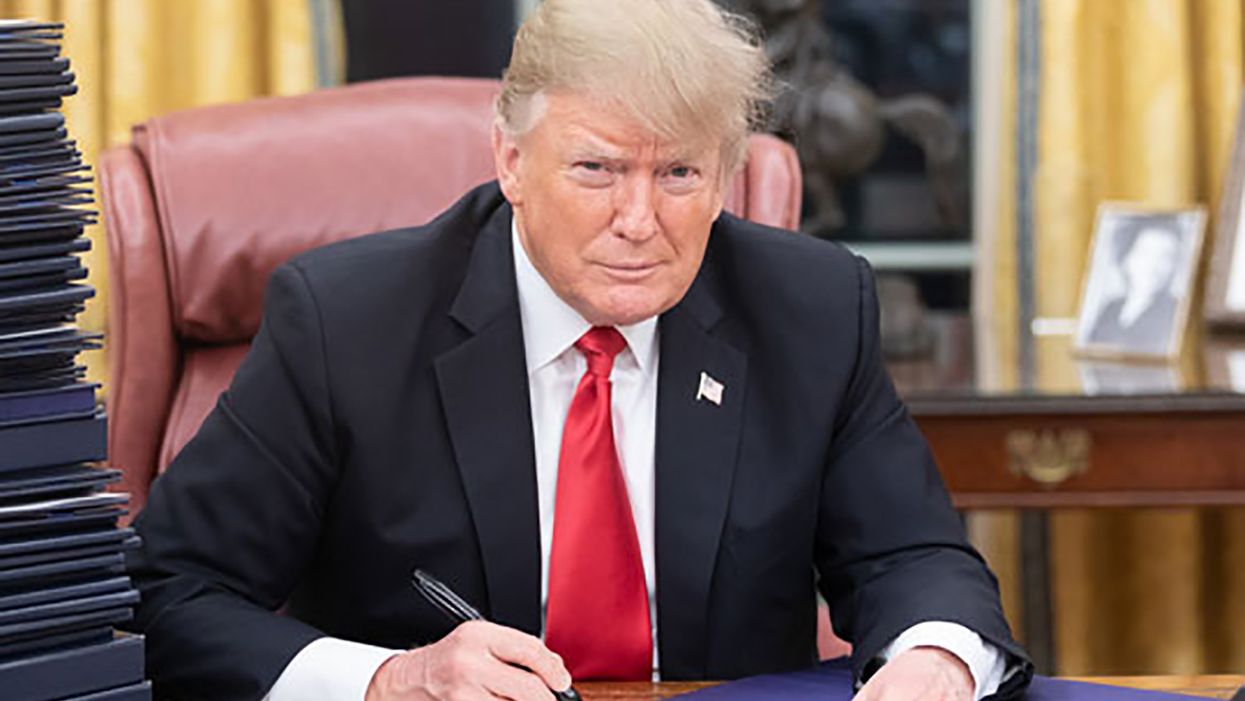 This continues the series, "The Dangerous Case of Donald Trump Revisited: Mental Health Experts on the Devastating Mishandling of a Pandemic." Whereas we could not have predicted a pandemic three-and-a-half years ago, the authors of The Dangerous Case of Donald Trump: 37 Psychiatrists and Mental Health Experts Assess a President anticipated how the president would respond, should there be a crisis. We tried to warn the public of the very consequences that are unfolding today: abuse of power, incompetence, loss of lives and livelihoods of many Americans, and increasing violence.

James Gilligan, M.D., is an adjunct professor of law at New York University. He is a renowned violence studies expert and author of the influential Violence: Our Deadly Epidemic and Its Causes, as well as Preventing Violence and Why Some Politicians are More Dangerous than Others. He has served as director of mental health services for the Massachusetts prisons and prison mental hospital, president of the International Association for Forensic Psychotherapy, and as a consultant to President Clinton, Tony Blair, Kofi Annan, the World Court, the World Health Organization, and the World Economic Forum.

Lee: Your work with dangerous individuals and on violence prevention has guided us, since the 2017 conference at Yale, with the responsibility we have as professionals to alert and educate about danger, and that it was not about diagnosis, or mental illness. You often emphasize how mental illness does not make a person any more dangerous than the general population, that these are two separate issues. Could you expand on how to think about this?

Gilligan: If somebody starts shooting from an upper floor of a hotel, as happened some time ago in Las Vegas, you know that the guy is dangerous. The first question you ask yourself is not: "Gee, I wonder what his diagnosis is?" That question is simply not relevant. You know he is dangerous, and he needs to be stopped. So you look for the authorities who can stop him.

Regardless of what is going on inside his mind, the danger is not the likelihood that he is going to go out on Fifth Avenue and shoot somebody himself, as he mentioned as one example of what he could do without losing any voters. Political leaders do not generally commit acts of violence themselves. I don't know if Hitler ever killed anybody in his lifetime, himself, but whether he did or not, it was his effect on his followers that was the real danger. The same was true with Stalin and every major dictator; it is the followers who commit the bulk of the murders.

Is this also how Donald Trump is dangerous?

Yes. He has repeatedly incited his followers to commit acts of violence. I list seven of them in my chapter in The Dangerous Case of Donald Trump. I will just mention one of them here. He has urged his followers at political rallies to commit violence against people protesting peacefully against him. "You know what they used to do to guys like that when they were in a place like this? They'd be carried out in a stretcher, folks…. knock the crap out of them, will you? Seriously, just knock the hell out of them. I will pay for the legal fees, I promise you." He even complained that his followers were not being violent enough yet, even after they had assaulted protesters severely enough to be arrested and prosecuted for assault and battery. And then when another Trump supporter deliberately ran his truck into a group of pedestrians and killed a woman and severely injured several others, Trump, instead of condemning this, said: "Well, there were good and bad people on both sides," implying a moral equivalency between murder by his followers and non-violent demonstrations by those opposing him.

This danger derives ultimately, of course, from what is happening inside Trump's mind, but I am not going to speculate about what is going on there, as I have never examined him myself. But I do know what he has said publicly, and I will pay attention to that. Of course one could infer some psychiatric conclusions from his endless flood of tweets and public statements, but I don't think that is really what is most relevant here. I think the essence of his dangerousness is the effect he has on his followers, just as the main reason other demagogues were so dangerous and violent was because they could influence others to commit their violence for them. And that has been true throughout history. That is why I regard this as a public health problem. I am not interested in being Trump's individual psychiatrist, nor do I need to be in order to recognize how dangerous he is.

What is the difference between clinical psychiatry and public health, or preventive psychiatry?

In clinical psychiatry, we diagnose individuals, and we come up with a treatment plan, and we work with them as individuals. But public health deals with epidemics of violence, and with the incidence and rates of violence, and I think that is what we need to do here. I could spend hours describing individuals who committed acts of serious violence and attributed that to the influence of Donald Trump, which is important and relevant, but people could complain that is kind of cherry-picking this person or that. So I would rather emphasize statistical studies, such as one that pointed out that the incidence of hate crimes increased abruptly to a statistically significant degree in cities that had just had a Trump rally two or three days before, compared with comparable cities in the same state that had not had a Trump rally.

How far can epidemics of violence spread?

This happens on a worldwide basis. The mass murderer who killed people in the two synagogues in New Zealand, in order to show how thoroughly he identified with Trump, made the same complaint about Trump that Trump made about his followers: his complaint was that Trump wasn't violent enough yet. So he was showing how you could be even more violent than even Trump had called for. So what I'm saying is that the example and rhetoric of a political leader are very powerful, and can influence people to engage in violence at a level that is really dangerous to our communities and our society.

The other reason Trump is so dangerous is because even if he were the same person, with the same psychopathology but a private individual, he wouldn't be remotely as dangerous as he is now. But as president of the United States, he has his finger on the triggers of a thousand thermonuclear weapons, and as commander-in-chief he could order them to be deployed. That is the kind of thing that makes him more dangerous to this country and the whole world than any past dictator has ever been.