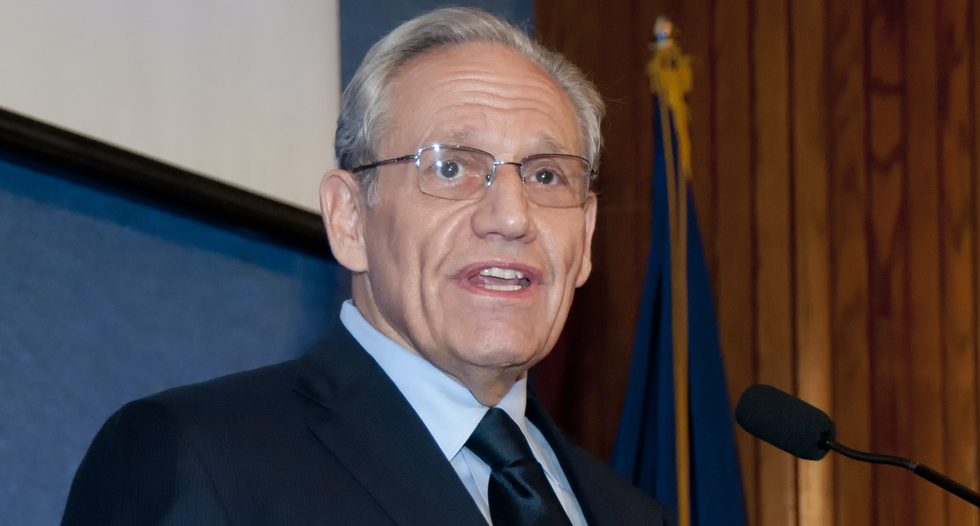 It is not news that Donald Trump downplayed the severity of Covid-19 for an extended period of time, calling it a "hoax" and blaming Democrats and the media for exaggerating the seriousness of the pandemic to hurt him politically. But we live in a hyperpolarized country with a balkanized media environment, and that makes it incredibly significant that veteran journalist Bob Woodward captured Trump saying as much himself, explicitly, on tape.

In an interview Woodward recorded for his new book, Rage, on February 7, Trump said that the Coronavirus was "tricky," that it spread via airborne transmission and was five times more lethal than seasonal influenza. "This is deadly stuff," he added. That was three weeks before the United States would suffer the first of its almost 200,000 confirmed fatalities due to Covid-19.

Less than three weeks later, on February 26, Trump publicly compared Covid with the flu during a White House press conference.

I want you to understand something that shocked me when I saw it that — and I spoke with Dr. Fauci on this, and I was really amazed, and I think most people are amazed to hear it: The flu, in our country, kills from 25,000 people to 69,000 people a year.  That was shocking to me.

In that same presser, he famously bragged that the US only had 15 confirmed cases at the time, and predicted that "the 15 within a couple of days is going to be down to close to zero, that’s a pretty good job we’ve done." He also insisted that it would "just go away" in the summer when the weather heated up.

In another interview Woodward recorded on March 19, Trump admitted, "I wanted to always play it down. I still like playing it down, because I don't want to create a panic."

But we know that it wasn't the public he was worried about panicking. A week after that second interview, The Washington Post reported that, "privately, Trump has become furious about the stock market’s slide, according to two people familiar with the president’s thinking, who spoke on the condition of anonymity to share internal details." More recently, The Financial Times reported that Trump's hesitancy to acknowledge the threat we faced was driven primarily by concerns that doing so could send ripple effects through the markets. “Jared [Kushner] had been arguing that testing too many people, or ordering too many ventilators, would spook the markets and so we just shouldn’t do it,” a Trump confidant told FT.

On March 13, about a week before he told Woodward that he "wanted to always play it down," the outbreak was spreading, dozens of Americans had died  and Trump finally declared a national emergency. About half of the economy shut down and many people started sheltering in place.

That date is important because researchers at Columbia University estimated that 83 percent of the 65,307 people who died of Covid-19 through May 3, according to the official count, would have survived if Trump had called for a lock down just two weeks earlier, on March 1.

We can't say how many deaths we would have avoided to this day. But Republican elected officials and the conservative media followed Trump's lead in downplaying the threat. If he had been transparent about the danger of the pandemic, they would have done the same. Many more Americans would have taken it seriously, taken precautions against Covid-19, and we would have avoided a significant if unknowable number of deaths. If there had not been a partisan divide over how deadly the epidemic was and how important it was to contain, it's safe to say that the entire course of the pandemic would look different.

And keep in mind that the disease was spreading exponentially, so every new case resulted in more than one additional infection. Locking down at the beginning of March, when Trump was well aware of how grave the threat was, would have resulted in not only 54,000 fewer deaths through early May, but also tens of thousands fewer chains of transmission that continued the virus's spread.

Trump's motive was clear: A strong economy was the central selling-point for his re-election campaign and he feared that spooking the markets would doom his chances of a second term. It's a crime against humanity.