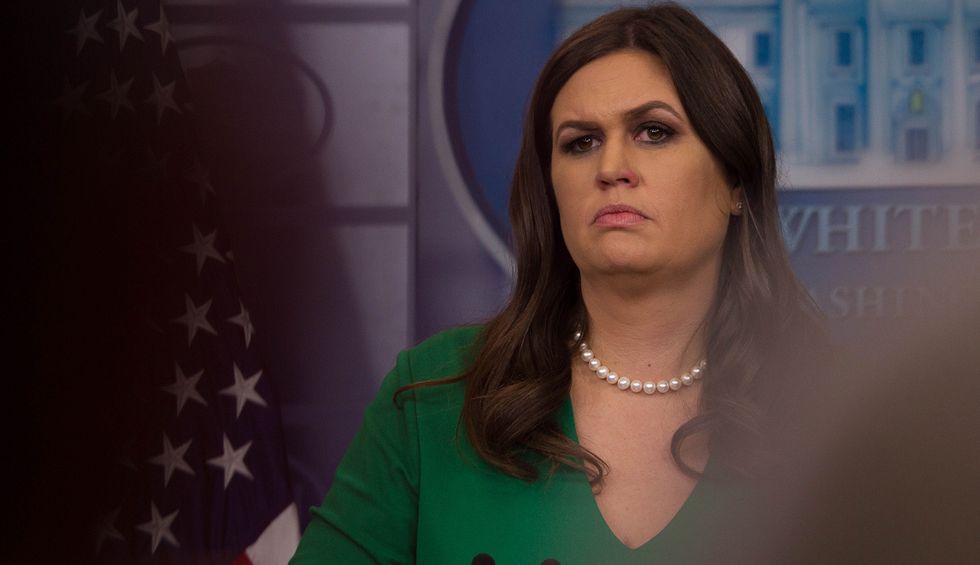 President Donald Trump urged Sarah Huckabee Sanders to “take one for the team” after North Korean leader Kim Jong-un appeared to wink at her during a 2018 summit.

The former White House press secretary revealed the interaction in her forthcoming memoir, “Speaking for Myself,” which The Guardian obtained and reported on.

“Kim Jong-un hit on you!” Trump told his press secretary, according to the book. “He did! He fucking hit on you!”

Sanders said the wink came as Trump and Kim talked about sports, including women’s soccer, and she looked up to see the North Korean leader starting at her.

“We made direct eye contact and Kim nodded and appeared to wink at me,” she wrote. “I was stunned. I quickly looked down and continued taking notes.”

“All I could think was, ‘What just happened? Surely Kim Jong-un did not just mark me!?’” she added.

She told Trump about the incident in the presidential limousine on the way to the airport after the summit, along with then-White House chief of staff John Kelly.

Later, in the presidential “Beast” limousine on the way to the airport, Sanders relayed the incident to Trump and his then chief of staff, John Kelly, and the president’s reaction seemed to embarrass her.

“Sir, please stop,” she said, protesting the idea that Kim had flirted with her.

Kelly agreed with Trump, who then joked that she should visit him privately in North Korea.

“Well, Sarah, that settles it,” Trump said, according to Sanders. “You’re going to North Korea and taking one for the team! Your husband and kids will miss you, but you’ll be a hero to your country!”

Sanders said the president and his chief of staff “howled with laughter” as they drove on.