Trump told Woodward COVID-19 was a 'killer' that 'rips you apart' — while pushing for reopening: new excerpts 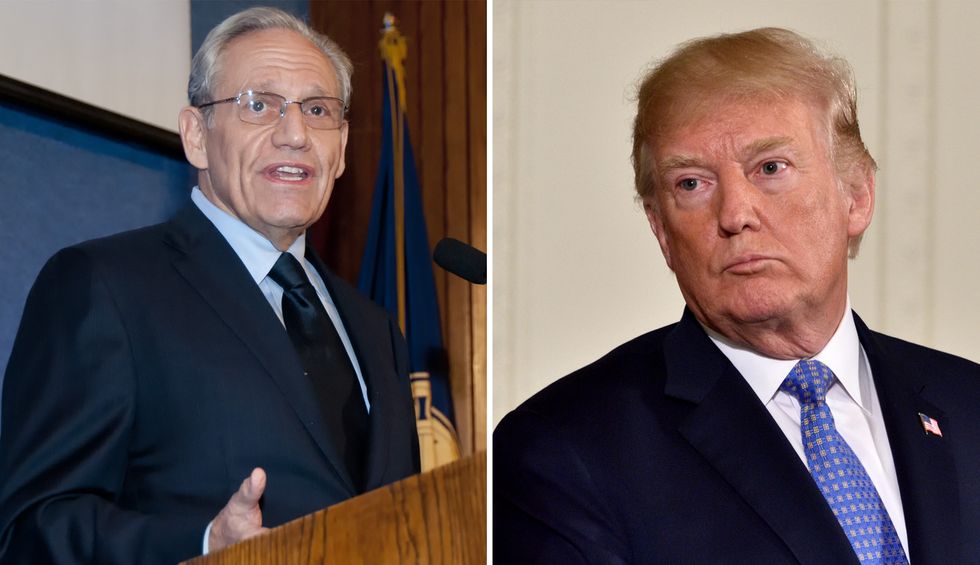 Last spring, at the same time he was urging his army of brownshirt, gun-toting terrorists to “liberate”  state capitol buildings and legislatures in several Democratic-governed states that had imposed social distancing mandates and business closures, Donald Trump was privately admitting to journalist Bob Woodward that the COVID-19 virus was a ‘killer’ that ‘rips you apart:’

As reported by TalkingPointsMemo, new excerpts from the Woodward tapes were revealed on CNN last night, excerpts which further confirm Trump’s full awareness of the virus’ deadly potential, as well as his complete disregard for the health or lives of American citizens.

On Monday night, CNN released clips of Trump’s phone conversation with Woodward regarding COVID-19 on April 13 in which the President asserted that “this thing is a killer if it gets you.”

“If you’re the wrong person, you don’t have a chance,” Trump told the reporter.

In another clip of the conversation, the President said COVID-19 “rips you apart” and described the virus as “the plague.”

As noted by Cristina Cabrera for the TPM article, these statements were made three days after Trump publicly told Americans that the “virus would soon be in full retreat,” and four days before he deliberately encouraged, through his “liberate” message, armed white “militia” members to terrorize state legislatures into rescinding protective measures such as the closure of non-essential businesses.

Combined with other audio clips released by Woodward confirming that Trump’s philosophy was to “play down” the virus, even though it was “deadly stuff,” these clips conclusively reveal something far worse than a president knowingly forsaking any responsibility to the public; in context, they reveal someone actively promoting the spread and propagation of the virus, with full knowledge of the likely consequences.