Trump said he wanted to have sex with Michael Cohen’s daughter -- when she was just 15-years-old: report 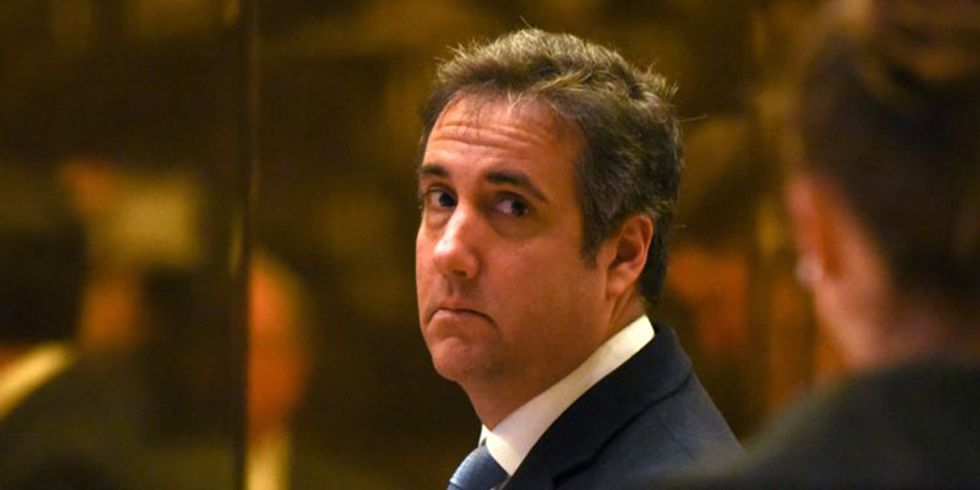 Speaking to Vanity Fair in an interview published this Friday, the daughter of former Trump fixer Michael Cohen spoke about the price her father paid for his years of loyalty to Donald Trump. In the outset of the piece, an incident detailed in Cohen's new memoir is described where Trump sexually ogled her -- with Cohen standing right there in Trump's presence.

The incident involving Samantha Cohen took place in the summer of 2016.

"That summer day felt like all the others before it, standing alongside Trump outside the pool area, discussing what Cohen writes was 'some pressing business matter, like the size of the breasts of a woman sunbathing on a lounge chair.' Somehow Trump’s attention was diverted to another skirt walking off a tennis court. 'Look at that piece of ass,' Cohen recalls Trump saying, as he whistled and pointed. 'I would love some of that.' It so happened that Trump was referring to Cohen’s then 15-year-old daughter, Samantha," Vanity Fair's Emily Jane Fox writes.

When Cohen informed Trump that he was speaking about his daughter, Trump responded, "When did she get so hot?"

"When Samantha reached her dad, Trump asked her for a kiss on the cheek, before inquiring, 'When did you get such a beautiful figure?' and warning her that in a few years, he would be dating one of her friends."

Read the full piece over at Vanity Fair.