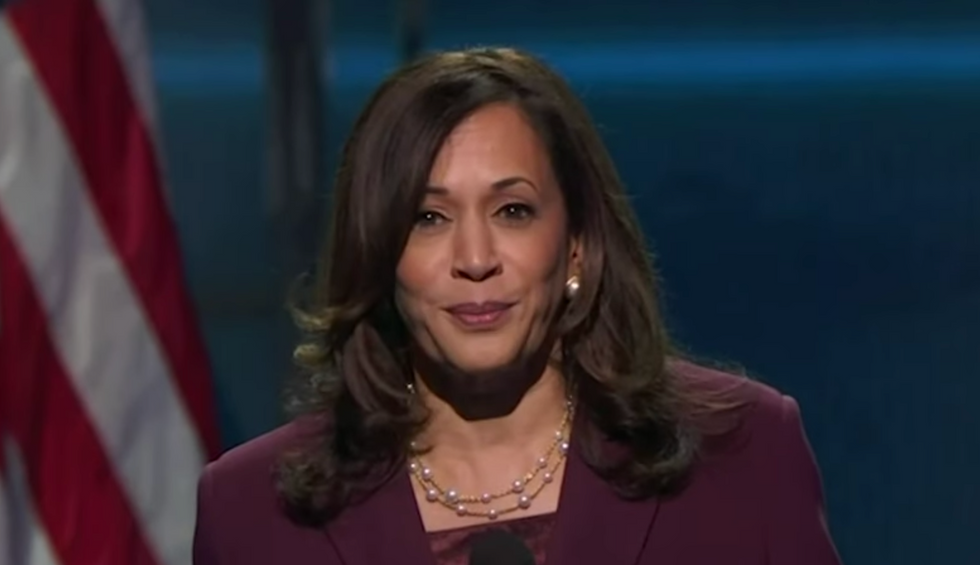 As President Donald Trump's redundant attacks on Democratic presidential nominee Joe Biden continue to fizzle out, he has set his sights on stoking fear about "the Kamala Harris administration."

When Trump traveled to North Carolina on Monday, he dug into his political trick bag and unleashed a barrage of tactics to support his arguments about Biden and Harris being unfit to lead the country. Of course, he focused on the repeated attacks on Biden's cognitive ability, but that argument has not given Trump the same edge he had over Hillary Clinton in 2016. So, as Election Day approaches, Trump is going to greater lengths to try and develop an effective attack on Harris. His latest ploy suggests Biden is actually part of the so-called Harris administration. So how exactly does that work?

Well, here is the latest theory, according to Trumpism. As he described Harris as an "extreme liberal" during his rally in North Carolina, Trump focused on painting a picture of Biden's presidency being cut short, which could lead to a "back door" presidency for a radical Harris.

"This is an extreme liberal," Trump said.  "Some people are going to consider it, because it's doubtful that [Biden] could last four years."

Stoking fear among his supporters in Fayetteville, North Carolina, Trump said, "They're going to be running him [Biden] ragged." He later added, "That's no way to get into the office, because we're going to have a woman president someday, but you know what? It can't be Kamala."

However, this isn't the first time Trump has lodged this type of attack on Harris. From firing off on Twitter with angry tweets to verbal attacks during campaign rallies, Trump has even suggested that Biden is being used to get Harris into the Oval Office.

Last week, Trump tweeted, "His handlers and the Fake News Media are doing everything possible to get him through the Election. Then he will resign, or whatever, and we are stuck with a super liberal wackjob that NOBODY wanted!"

His handlers and the Fake News Media are doing everything possible to get him through the Election. Then he will re… https://t.co/R6kiwd0F26
— Donald J. Trump (@Donald J. Trump) 1600089490

However, many Trump opposers are seeing right through the president's attempts to presumably distract the American public from focusing on the shortcomings of his own administration.

"He's doing it as a combination of trying to make Biden look feeble and doing some race-baiting on Kamala. And neither is going to work," said Stephanie Cutter, a co-founder of the consulting firm Precision Strategies.

Karen Finney, a highly lauded Black Democratic strategist, also weighed in on Trump's latest attacks as she admitted that his actions "aren't surprising."

She said, "It's sadly not surprising Trump is resorting to his bigoted playbook — attempts at racist othering based on the same lies he used to attack President Obama, combined with typical sexist tropes aimed at trying to undermine Senator Harris' credibility, hard work and numerous qualifications."