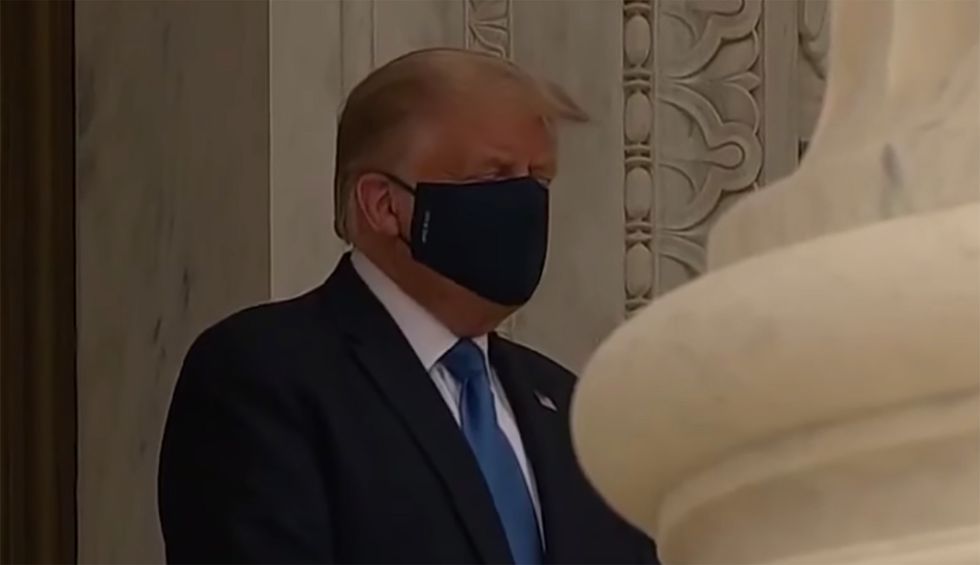 President Donald Trump and first lady Melania Trump went to the Supreme Court Thursday morning to pay their respects to the late Justice Ruth Bader Ginsburg but they were met with a very unfriendly audience.

Trump was seen with his eyes closed swaying from side to side, as a slow stream of boos threaded through the audience growing louder and louder. The crowd then began to chant “vote him out” more and more fiercely.

Trump then hung his head and walked inside the building rather than listen to the jeers.

A whopping 62 percent of Americans don’t want Trump to appoint the next Supreme Court justice, according to a Reuters poll posted earlier this week.