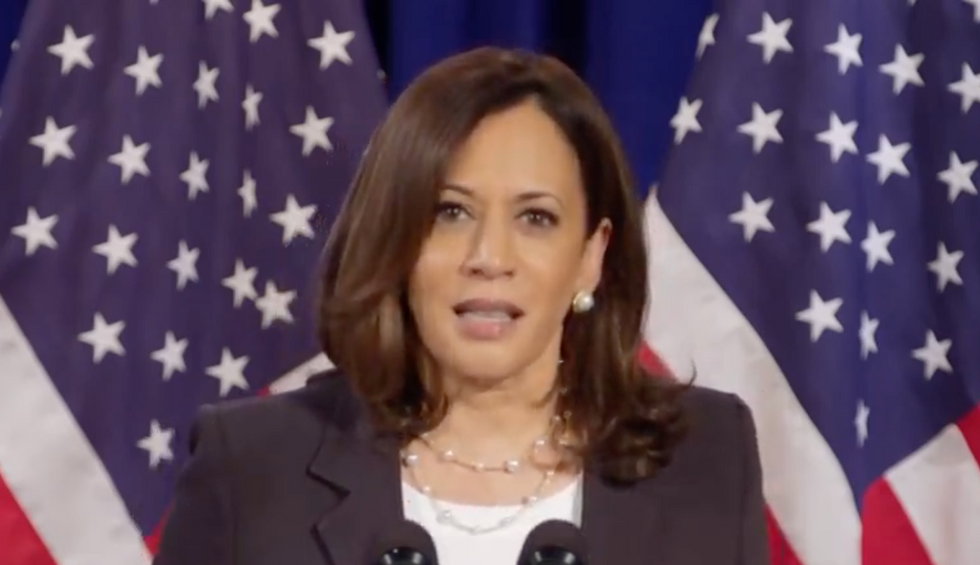 Labeling it a “fall offensive,” the president’s people hope to portray the former California attorney general as “a serious threat to the working-class voters,” who will push a socialist agenda while serving with Biden.

Serving up a preview of what is to come, Courtney Parella, deputy national press secretary for the Trump campaign, told Politico, “Kamala Harris is a California liberal who has already defined herself as a radical Democrat with her support of the Green New Deal, socialized medicine, fracking bans, tax raises and taxpayer-funded abortions.

As Politico notes, that assault on Harris may meet the same fate as the Biden attacks.

“Some of those attacks will be dismissed as false or exaggerated. But the move to cast Harris as a socialist sympathizer and progressive stalwart comes as the Trump campaign struggles to deploy a similar playbook against Biden, who has mocked the president’s attempts to paint him as a “helpless puppet” of the radical left,” the report states. “Trump’s standing against Biden in polls has barely budged throughout the year despite nickname after nickname, a flurry of vicious tweets and numerous presidential press conferences that he’s used to assail his opponent.”

“The coming focus on Harris presents some challenges for the Trump camp. The president’s team has repeatedly accused Biden of embracing radical social and economic policies to please left-wing revolutionaries ahead of the November election — a line of attack that could complicate efforts to convince voters he and Harris disagree about the direction of their party and the policies their potential administration should enact,” Politico’s Gabby Orr wrote.

“You can’t spend the summer telling voters they should be afraid of electing Joe Biden because he’s a socialist and then suddenly say, ‘Harris is the actual socialist and she would be in charge if Biden wins,’” explained one former Trump camp[aign official.