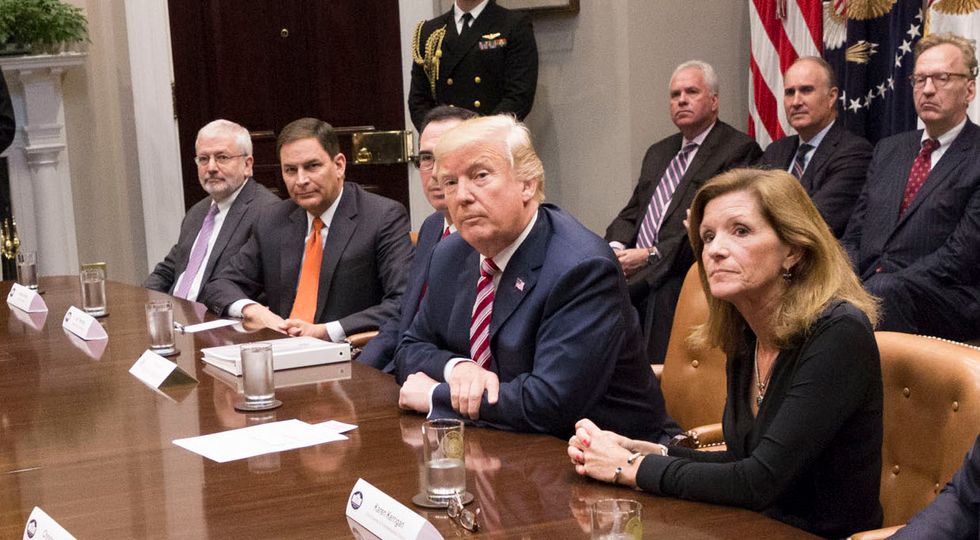 If you needed a plumber or a caterer, you would avoid a service provider who had in the past tried to bill you for work not performed or grossly overcharged for what was completed. The Trump Administration takes a different approach. In selecting contractors to provide the goods and services the federal government needs to deal with the pandemic, it has turned to dozens of corporations with a history of cheating Uncle Sam.

This finding emerges from a comparison of the recipients of coronavirus-related contracts to the data in Violation Tracker. The analysis focuses on a list of about 175 larger corporations and non-profits that account for nearly half of the roughly $12 billion in contracts awarded so far for laboratory services, medical equipment and much more.

These are not trivial matters. Twelve of the contractors paid total penalties of more than $100 million and the average per parent company was $27 million.

Among this group, 69 contractors, or more than one-third of the total, have paid fines and settlements during the past decade for healthcare fraud and other violations relating to the federal False Claims Act or related laws. They have been involved in 189 individual cases with total penalty payments of $4.7 billion.

These are not trivial matters. Twelve of the contractors paid total penalties of more than $100 million and the average per parent company was $27 million.

The company with the largest penalty total is pharmaceutical giant Pfizer, which received a $13 million contract from the Department of Health and Human Services and whose separate COVID-19 vaccine effort is being touted by the Trump Administration. Over the past decade, Pfizer has been penalized in 15 contracting cases, paying out a total of $987 million, most of it stemming from a 2016 lawsuit in which its subsidiary Wyeth had been accused of overcharging federal healthcare programs by misrepresenting its financial relationships with hospitals.

Drug wholesaler McKesson, which has been awarded contracts worth a total of $9 million, has paid penalties of $453 million to resolve allegations such as reporting inflated pricing information for a large number of products, causing Medicaid to overpay for those drugs.

The Walgreens pharmacy chain, which received a $72 million contract for COVID-19 testing services, has paid $367 million in contracting penalties, three-quarters of which stemmed from a 2019 case in which the company had been accused of billing federal healthcare programs for hundreds of thousands of insulin pens it knowingly dispensed to beneficiaries who did not need them and that it overcharged Medicaid by failing to disclose lower drug prices it offered the public through a discount program.

Smaller but still significant penalties have been paid by the companies receiving the largest COVID-19-related awards. The Dutch company Philips, recipient of $646 million in ventilator contracts, paid a penalty of $34 million through a subsidiary for giving illegal kickbacks to suppliers that purchased sleep apnea masks that were sold to Medicare beneficiaries. AstraZeneca, the recipient of $436 million in contracts, has paid $170 million in penalties for False Claims Act and related violations.

The discovery that many COVID-19 federal contractors have a history of misconduct in their government business is consistent with the recent finding by Good Jobs First that thousands of companies receiving CARES Act grants and loans have similar track records, including more than 200 healthcare providers that have paid $5 billion in False Claims Act penalties over the past decade.

Some of those aid recipients are also COVID-19 contract recipients. Large companies such as Walgreens, Quest Diagnostics and Becton Dickinson are receiving money from the federal government through multiple channels despite having paid penalties in the past for contracting abuses.

The awarding of federal contracts to corporations with a history of misconduct dates back long before the pandemic or this administration, but maybe now is the time to begin doing something about this wrong-headed practice.